The Ubisoft name has all too quickly become synonymous with AAA titles and system requirements high enough to make a grown assassin weep. Now though it's handed the reins over to its UK-based developer Ubisoft Reflections for an altogether more low-key and experimental affair - Grow Home. Taking direct control over the limbs of a robot named BUD, the player must grow and climb a gigantic star plant to reach new lands, dynamically altering the world in a non-linear fashion.

Grow Home's beautiful angular, cel-shaded graphics are certainly eye-catching, but at what cost? To find out whether its the next AC Unity or an altogether more forgiving beast, read and check out the official Grow Home system requirements.

That's better isn't it? You can cast away the Unity gloom with Grow Home's system spec requirements, because is nowhere near the same scale. The minimum requirements for Grow Home are pretty low, and are indicative of an indie-like title not trying to push the boundaries of what hardware is capable of. The RAM and install size requirements are pretty paltry, and the thing you're going to want to worry about most is probably the graphics card. They're mid-tier cards cards pushing on for five years old now though, so most PC gamers should have this covered.

The recommended requirements for Grow Home are obviously significantly more demanding, but there's nothing here that should prove too worrying for most. Gamepad is also probably a must in Grow Home; each of the robot's arms are controlled individually with each analogue stick, which we imagine is difficult to replicate on keyboard and mouse.

Remember, you can always check out how well your PC can run Grow Home System Requirements here, where you can check benchmarking and performance from other users. Compare your graphics card to the Grow Home benchmark chart.

If you want to quickly see how Grow Home will run on your PC then remember you can now take GD with you to check any website against any PC using our Chrome GD Anywhere Extension.

View distance! for this? what the.. lol XD 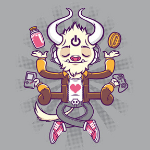 Given this game will involve great heights, you will want the game to draw the objects far away.

Without, itll take away the grandness the game is trying to instill.

Still,for simple graphics like these,the view distance is going to have to be extreme!

Wolverinerko "After the game release, I could run at max! lol. The same happened on Virtua Tennis 4. I run it at max 60fps stock even though it says I can't run it!!" i don't think so

Its true bro.. I saw the fps through fraps and it was solid 60 fps during gameplay.. but the cutscenes, which has more graphics, sometimes slows it down to 30 fps!

That's why i think this is marketing strategy

ow what the heck?! ^^ ill downvote myself too for asking simple questions ^^

This is looking good. Finally something fresh. Keeping my eyes on this one.

Pretty acceptable but really ? 560ti or hd 6870 for a game like this ? These gpus could ma out older games with ton times better visuals than this ; just sayin :)

After the game release, I could run at max! lol. The same happened on Virtua Tennis 4. I run it at max 60fps stock even though it says I can't run it!!

Yes, they are trying to get you to buy a 5 yr old mid tier card. Thats marketing strategy alright.

Looks interesting, gives me a Jack and the beanstalk vibe.