This March, get ready for some thunderous naval battles against the assassin's brotherhood by taking control of Shay Patrick Cormac's ship Morrigan, as Assassin's Creed Rogue has the series finding its sea legs on PC once more, with tactical ship to ship combat rivaling that of its predecessor Assassin's Creed Black Flag.

Assassin's Creed Rogue for PC is under development by Ubisoft Sofia and runs on the same "AnvilNext" game engine that powers Assassin's Creed: Black Flag. Players will see life from the other side of the fence with Templar Cormac's fight against the brotherhood. Assassin's Creed: Rogue is set to officially launch on March 10th on PC. Before you set sail though you'd do well to see if gaming rig's a queasy landlubber or an old sea dog, with official system requirements for Assassin's Creed Rogue.

This requirements will be a sigh of relief for many gamers. Comparing these to Assassin's Creed Black Flag, the requirements are in fact very similar, as you'd expect running on the same engine. What I should clear up is that Ubisoft claim these system requirements for Assassin's Creed Rogue are for both minimum and recommended, for what it's worth. This likely indicates you may be able to get away with even less.

The recommended processors for AC: Rogue are fairly old and will enable most users to run the game smoothly. Same goes for the GPUs, which are also just a bit higher compared to the minimum requirements of Black Flag. What's likely the case here is that Rogue is running on the fairly old AnvilNext engine which will have reduced the requirements for the game. An even rarer treat is Intel HD 4600 and HD5200, meaning Assassin's Creed Rogue is compatible with integrated graphics at launch.

The RAM requirements for Assassin's Creed: Rogue are also very low. Compared to its predecessor Black Flag, Rogue will only require 2 GB RAM which is available on even the lowest-end systems today. GPU VRAM is 1024 MB which is identical to that required by Black Flag, although we are seeing a shift up to to DirectX11 support as a minimum.

If you want to quickly see how Assassin's Creed: Rogue will run on your PC then remember you can now take GD with you to check any website against any PC using our Chrome GD Anywhere Extension.

high or low come on ubi make up your damn mind or maybe on the next game they'll go back to the nightmare of monstrosity of pc gaming requirements. 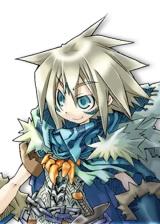 Well...it's actually a shock after what they have done with system spec requirements of wd and acu ... 1 step return to stone age? Trolling? XD I thought recommend should be i7-5960mx and gtx 980sli ... lol

Doesn't surprise me, this is merely an optimized port of a game built around last gen console hardware.

knowing Ubisoft's track record (as good of games as they make most of the time), probably unoptomized, but yeha, it was released on last-gen consoles and only last-gen consoles, so that's what you'll get, which it still looks gorgeous mind you. some of the views are breathtaking, despite it not being as good graphically as Unity.

So if the minimum & recommended are the same then does that mean this game will be another unoptimized mess that requires a system as strong as mine to actually play well? AC4's listed requirements were way wrong.

Seems like I may have a chance to run it, lol.

Hmmm......the recommended requirments are going to be high.Be ready for that.Hope this game is well optimized unlike Assassins Creed(Last released).Don,t even remember the name of that scrappy game :)

unity, and this game isn't that much better looking than Black Flag, so anyone that can run it should run Rogue fine.

Yeah.Unity is a helarious game as we can also fly in it and go right into the buildings.Haaaa,nice work Ubisoft.Hope this game is not like Unity.

call me stupid, but I hadn't paid attention to this not releasing on PC yet, I knew it was supposed to.

Anyway, I will tell everyone, Rogue's a fairly good game in its own right, but stupidly short, the storytelling's really good and there's plenty to do, though (although for me, it was buggier than Unity when i played it on launch, but I also didn't encounter game-breaking bugs in Unity.)

it released on the same day as UNity, but the PC release was delayed. It was a sort of farewell to the AC3 line (which included Black Flag), and as a last game for last-gen players on console. 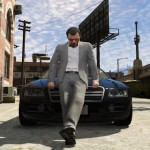 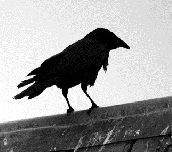 I've only actually played one of the Splinter Cell games and I agree they should make more.

I find this suspicious... 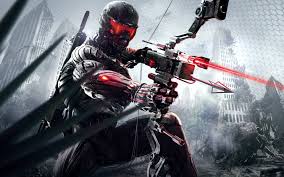 It also uses AnvilNext right (albeit modified)...? So how is that a different engine...?

Unity has a big SR, and only got 7 score in GD, this one has amazing SR, if this true, then 9/10 score again, nice Templar !

It's hard to believe any sys req that companies put out these days....sigh