Atari’s got a bit of a thing going at the moment when it comes to scraping through its barrel of ancient IPs, and ‘70s arcade space shooter Asteroids is the next in line for an update. In the original Asteroids you had to manipulate your spaceship through an asteroid field and shoot down the lethal rocks and invading flying saucers. The space rocks would break up into smaller and smaller chunks that you’d have to avoid using your loosely physics-based propulsion system.

The newly-announced Asteroids: Outpost is, bizarrely enough, almost nothing like that. Instead, Asteroids: Outpost is a sandbox survival experience where you play as a deep space miner, who must mine, build, and defend a base, amassing an interstellar fortune. A from rocks to riches tale if you like.

There’s no gameplay footage to speak of yet for Asteroids: Outpost, but Atari claims it will revolve around making a base on a giant asteroid. Players will be able to explore it and scavenge for resources and supplies, building fully-customisable bases and forming alliances or waging war with your fellow ‘roidians. Why they can’t find their own asteroid in a belt no doubt made of millions is a matter for another day.

There’ll be periodic asteroid showers which players can shoot down, fighting off these projectiles and harvesting their resources. This looks to be where the big bucks lie, so it sounds like it'll be an angry scavenger hunt.

“Asteroids is one of the most iconic titles in Atari’s portfolio of more than 200 games and franchises, and we’re looking forward to ushering the game into today’s digital gaming era,” said Fred Chesnais, CEO of Atari. “We’re paying homage to the original Asteroids by incorporating classic features such as asteroid blasting capabilities, while introducing a completely new premise and gameplay. Asteroids: Outpost will appeal to both fans of the classic Asteroids as well as enthusiasts of immersive survival games and expansive MMOs.” 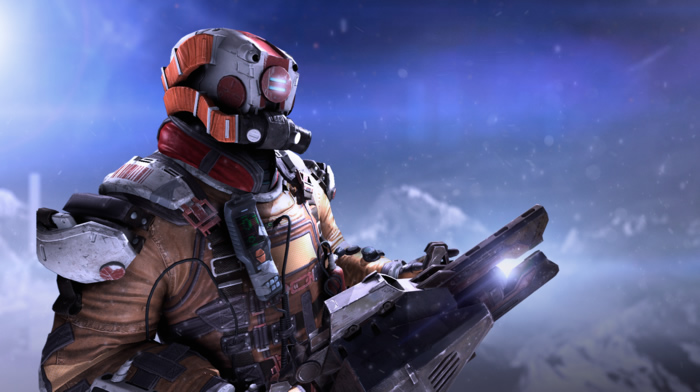 Asteroids: Outpost will be hitting, you guessed it, Steam Early Access in the very near future. It sounds like a decent enough concept even if it has little to do with the original game, although one problem I can foresee is that an asteroid is possibly the single most soulless thing in existence to explore.

Yet another sandbox survival game arriving on Early Access, will you be giving Asteroids Outpost a go?

This could actually be quite nice :)