To a select segment of the community, Dragon Ball titles are received with fever pitch excitement. Everyone else tends to wonder what the heck is going on, but Dragon Ball Xenoverse looks liked it could be the most promising entry point yet for new fans. Keeping track of the hundreds of TV episodes and manga novels can pretty easily become a full-time job, but Dragon Ball Xenoverse is set to ease fans in with an all-new tale based on a custom-created avatar.

Your  character must travel through time to visit famous battle scenes from the series, where you must intervene in the fights to forever alter the Dragon Ball timeline. Before you sign up for battle though, you'd best find out if your PC is a Spirit Bomb or a Destructo Disk with the official Dragon Ball Xenoverse system requirements.

Luckily, there's nothing too shocking here with the Dragon Ball Xenoverse system requirements. It's very much a last-generation title, and so we see the likes of the GeForce 8800 GT and he Radeon HD 3870 capable of running it, alongside some relatively ancient processors.

The recommended requirements for Dragon Ball Xenoverse are a mite more demanding, but it'll only take a distinctly middle-of-the-road gaming PC to have it looking its finest. Dragon Ball Xenoverse certainly isn't a bad looking game, but the simplistic backgrounds and cel-shaded graphics shouldn't prove too demanding. The most resource intensive aspect is the graphics card, but both the GTX 550 Ti and the HD 6770 are getting on for four years old now, and that's to max all of DB Xenoverse's graphics settings out.

If you want to quickly see how Dragon Ball Xenoverse will run on your PC then remember you can now take GD with you to check any website against any PC using our Chrome GD Anywhere Extension.

Yesssssssss. I've been longing for a good Dragonball game and this is even on PC. I have high expectations for this game.

Oh man the last time I played a Dragon Ball game was years ago with the DBZ game that came out on the PS2.

Do I see majin boo And goku in super saiyan 3 . 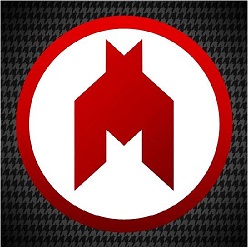 Requirements so low a half a potato could run this

A full potato for 4k res

Better get your PC ready, Dragon Ball Xenoverse is confirmed for 60fps and up to 4k res on PC during Bamco livestream (and i hoped they tell the truth). :D

I am so freakin' excited for this game. I've been waiting for a RPG-like DBZ game for a while. And I'm so glad PC gamers are finally getting some love with this series. BTW, I'm gonna be a Namek all the way. 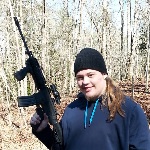 I can't wait for this game!