Lords of the Fallen will be getting its Ancient Labyrinth DLC expansion next week, and it’s set to expand on everything offered in the base game. Lords of the Fallen: Ancient Labyrinth will offer an all-new Lord to battle against and an additional campaign, set within a decrepit maze-like library. The long-forgotten library was locked away thousands of years ago, existing in a realm between the human and the demonic.

Ancient Labyrinth is seto to stray away from the straightforward fisticuffs of its forebear, featuring puzzle-based gameplay and problem solving as the player works towards the centre of its tangled maze, where the Librarian awaits. Developer CI Games claim he's easily the hardest boss seen in the game yet.

To help you on your way there's a bunch of fresh armour sets, weapons, and shields. If you haven't given Lords of the Fallen a whirl yet, it's not too bad, just don't expect anywhere near the quality of the Dark Souls games it's aping. If From Software's series all got a bit too much for you though, Lords of the Fallen is a lot easier on you.

Lords of the Fallen: Ancient Labyrinth is out on March 3rd, for PC, PlayStation 4, and Xbox One.

I hope they fix the issues with crashes, the only thing keep me away from buying the game. Even after patch 1.4, people still report crashes, some say they were able to play before patch, but cannot right now. 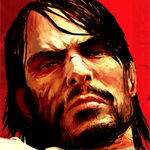 is this game worth buying for ps4?

i played the pc-version, so i cant talk about technical things, but the game itself is great.

you shoulda give it a try

thanks for the reply