EA’s the latest publisher to get in on the Humble Bundle action, offering up a selection of 12 games, with the promise of more to come soon. The impressive Humble Origin Bundle 2 packages together some of EA’s PC greats, and for just a dollar you can net yourself a copy each of Dragon Age: Origins, Peggle (Game of the forever - Jon), Dead Space 2, Medal of Honour: Allied Assault War Chest, and Command & Conquer: Generals with its Zero Hour expansion pack. $1 for the whole lot.

Such a package for less than the price of an Angry Birds App Store download is sufficiently mind-blowing, offering up countless hours of gameplay. The fun doesn’t end there either, with 2014’s Plants vs Zombies: Garden Warfare headlining an impressive ‘beat the average’ selection.

Popcap’s answer to Battlefield 4 is an absolute blinder and deserves picking up, but it’s also joined by the oft-overlooked Dragon Age II, Bejeweled 3, and the mighty fine Mass Effect 2. EA promises there’s more titles yet to come too, and we’d love to see the likes of Need for Speed: Rivals or possibly even Titanfall crop up, but don't count your mechs before they're hatched.

The current average price is down low at $4.79, which nets each and every one of the above games, as well as the titles yet to be announced. The Humble Origin Bundle 2 is available for the next two weeks or so, so you've got plenty of time to decide. If it takes your fancy you can pick it up right now here.

Most of the games were already "On the House" before.

Dragon Age, Medal of Honour and Command and Conquer weren't On the House.

Damn I missed it

Still for less than five dollars that's quite a deal, and there are still more games to come to the bundle!

Peggle reminds me of this

ah in other words: "why bother making new games when people will keep paying the old ones" -_-

they should rather release some new awesome games :P

This really makes me want to play C&C: Generals, but I have a bad feeling it's nowhere near as good as I remember it :/.

One of the best RTS I've ever played but the multiplayer has some serious issue.

i dont quite understand so if i pay 1$ i will get those games ( Dragon Age: Origins, Peggle , Dead Space 2, Medal of Honour: Allied Assault War Chest, and Command & Conquer: Generals ) or 1 game is just 1$ ?? 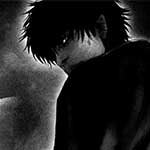