I’m not sure of the exact figures, but the Humble Might & Magic Bundle no doubt contains an absolutely ridiculous amount of gameplay for those looking to invest. A number of these titles are no doubt showing their age, but hardened dungeon crawlers would do well to at least have a glimpse of gaming past.

In truth there’s probably a bit too much M&M to deal with here, but if you’re looking to pad out your collection of classic TBS and RPGs then it could be a worthwhile pick-up. Will you be grabbing this bundle? 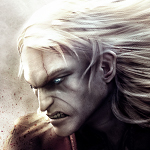 Most of them are for Uplay. No thanks.

Agreed. I personally prefer to buy all classics on GOG these days anyway, even modern ones. No DRM FTW!

Dark Messiah of Might & Magic is the best first person combat rpg around but it does not belong the Might & Magic series. It is not a dungeon crawler. Are you sure that game is included? If it is. I highly recommend it.

I would support Humble Bundle again, but almost every game is for Uplay :/