Another year, another F1 game from the ladies and gents at Codemasters. This time things are a little different though, with Codemasters moving F1 2015 to a brand new, next-gen engine for the first time, with all the graphical bells and whistles attached.

The world's fastest sport demands the world's most accurate simulation, and F1 2015 looks to deliver. Unprecedented track and car detail combine with an overhauled physics engine, providing what should be the most authentic looking and handling F1 game from Codemasters yet. Before you strap yourself in though, you might want to get a look at exactly what the new game engine demands with the official F1 2015 system requirements.

As expected these are a significant leap up from what we saw with F1 2014, but the minimum are still extremely reasonable. As per any racing game, a solid 60fps is ideal, so you'll be wanted to target that here. It's unclear what settings the minimum requirements will net you, but being Codemasters there's sure to be plenty of scalability in the graphics settings.

While the recommended requirements for F1 2015 are pretty massive, this is a similar deal to Codemasters' other racer Dirt Rally, in that there's a fairly large gulf between minimum and recommended requirements for F1 2015. We take this to mean F1 2015's well optimised, scalable, and capable of using real hardware grunt if it's there, rather than a lack of optimisation. Obviously we'll need to get our hands on it to know for sure, but Codemasters has a reputation for delivering on this front.

Remember, you can always check out how well your PC can run the F1 2015 System Requirements here, where you can check benchmarking and performance from other users. Compare your graphics card to the F1 2015 benchmark chart.

If you want to quickly see how F1 2015 will run on your PC then remember you can now take GD with you to check any website against any PC using our Chrome GD Anywhere Extension.

still anyone doesn't believe when i say most of these game max requirement are meant for 4k
(i might be wrong, but i don't wan't to be wrong_

guys, never believe to recommended, most of the time they are just fake fake fake!

Hum, looks like all the requierements we get these days are pushed as hell... But in this case, the CPU part looks fine, compared to other titles. But the GPU... Well, I'm guessing 4k proofing? But it seems to be between HD and UHD though.. 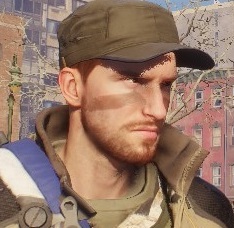 The recommend requirement .... it's too exaggerated ?!!!

Not sure if good looking or bad optimized.
F1 2013 and 2014 were easily playable on low end rigs.

The games should not be so demanding. It's a trick to force us buy new gpus.

a year ago i thought a 560ti is perfectly fine. It was! But now developers are getting more and more lazy with Optimization and force me to buy a new one

I know what you feel bro :)
What bothers me the most is that the game does not look that much better than in last year and still it needs a 970 for recommended, then what gpu for max settings? an 980? Maybe Titan X... Ridiculous

I always thought that racing games were CPU-sided but now woooah look at that recommended GPU...

Atleast the minimum requirement is low enough so low end PC gamers can play it too unlike Witcher 3 or ACU.