Portal 2, Doctor Who And The Simpsons Added To Lego Dimensions Lineup

Lego Dimensions is staking a claim as the first toys-to-life game to get adults and children alike clamouring for its wares, announcing a further series of expansion packs adding bolt-on content. It’s squeals of glee all around with Portal 2, Doctor Who, Jurassic World, Scooby Doo and The Simpsons all added to its rapidly expanding repertoire.

These join the already announced Lord of the Rings, DC Comics, Back to the Future, The Lego Movie, and The Wizard of Oz in a frankly ridiculous line-up of tie-ins. You’re looking at the best part of £500 if you want the lot, but fans of specific franchises are likely to cherry-pick favourites. That Portal 2 pack is already looking a little difficult to resist...

Lego Dimensions still isn’t announced for PC just yet, but the Portal 2 tie-in is a sign there’s still hope yet. It comes packing a Lego Chell with Portal Gun, alongside a laser block and a turret. We’re expecting Portal-lite puzzling from this one.

The Doctor Who set marks the first time the Time Lords have made it into Lego form, coming bundled with a Lego Tardis, K-9, and the Doctor himself. 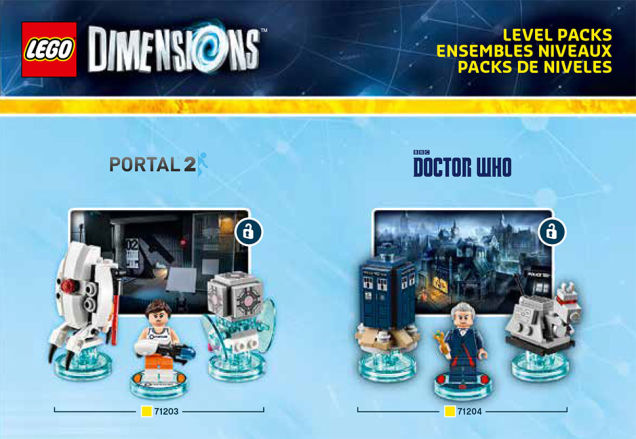 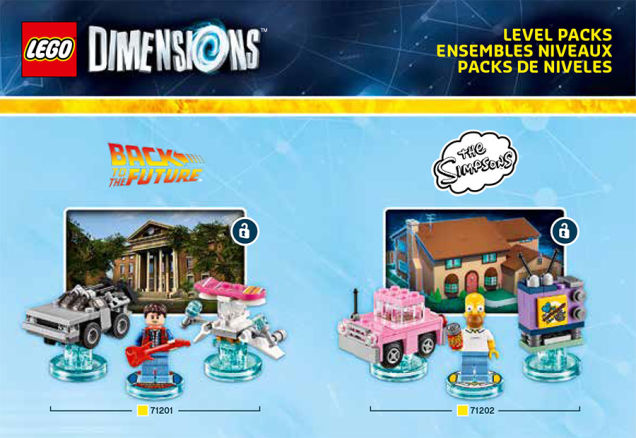 Lego Dimensions is coming on September 27th in North America and September 29th in Europe, for PlayStation 4, PlayStation 3, Xbox One, Xbox 360, and Wii U. If you want to get involved you'll have to get the £90 base set, which comes with the game and the portal itself, with the level packs bought separately.

Are these new additions enough to tempt you in? Which playset would you be keenest to pick up?

Sitting at work and i'm so tired. Right about now i wish i had myself a portal gun and a T-Rex, then i would be able to go home early due to the fact everyone sh1ts lego bricks when a T-Rex appears out of a hole in the wall. Although $500 seems like too much effort to pay for. Its kinda like paying for a really expensive mod.

this is a joke right No buys this crap do they goddamit why would any waste their money on such cash-grab rubbish you must see that it not made with any skill if you want to play lego buy a set of lego blocks like normal people use to.

I fully expect this to shift millions upon millions.

No Bart Simpson? No Matt Smith?

agreed! even though ive liked the 9th doctor; Tennant or Smith would have been an obvious Lego model choice for me ^^