Microsoft has promised E3 2015 will provide the ‘greatest games lineup in Xbox history’ next month. The console creator has had a rough few years since that disastrous E3 2013 conference, but it looks to be firmly back on track now, with recent figures from the US suggesting it was the best-selling console over the last month.

Looking to build on this momentum, Microsoft’s Phil Spencer is claiming E3 2015 will be like nothing we’ve seen from them before. A larger focus on first-party games is touted, which could also prove a real boon to PC gamers, who could benefit from the cross-play features coming with Windows 10.

“Join us at the #XboxE3 briefing as we reveal the greatest games lineup in #Xbox history.” tweeted the official Xbox account.

Head of Xbox, Spencer, has previously said there are so many titles coming to Xbox One that some release dates may have to be pushed back just to accommodate them all.

So far we know Halo 5: Guardians is most definitely coming on October 27th, but the Xbox One also has Rise of the Tomb Raider and Scalebound expected. Recent leaks have suggested a Gears of War remaster could also be present, alongside Forza Motorsport 6, and all sorts of surprises expected during the E3 conference itself.

Microsoft will be hosting its E3 2015 press conference on June 15 - 9:30am PT/12:30pm ET. What are you expecting to see from Microsoft? Could we get a bigger focus on PC gaming with Windows 10 just around the corner? Let us know what you think!

I know basically everybody ignores the Wii by default, and I also know that most people who ignore it or laugh at it have never even played one, which I'd say sucks for them. That said, the Wii-U 2015 lineup is awesome as well. It's taken awhile for Nintendo to get a little more focus and do something impressive, but at least they generally deliver what they say they will.

It's really just too bad most people arbitrarily ignore them in favor of PS/Xbox. 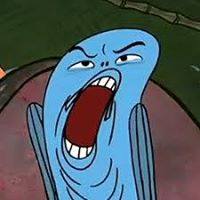 that would be highly unlikely considering MS owns the Gears Franchise, its just as unlikely as Unchartred coming out on PC and XBO.

Oops, I meant cross play. What better way to get peeps into cross play than Gears, but alas i think you're right Zjackson, Sadly, I may never play Gears again.....oh wait, I still have Gears 1 on my 360:-)

Im pretty sure Gears 1 is on pc, not completely sure though

I'm looking forward to Bethesda's conference the most 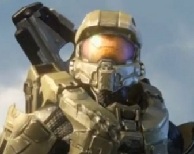 Isn't Rise of the Tomb Raider a timed exclusive?

I really want to see what Halo 5 Gaurdians turns out like, H2A was really amazing.

Microsoft and their claims, hehe. What that really translates to is "Microsoft is hyping you up just so they can psych you out with the sheer magnitude of ridiculousness they plan to unleash next" or something to that effect.

Excited to see what Microsoft and Sony have up their sleeves this year for E3!

Not to take any sides, but that lineup doesn't come anywhere near PS3's lineup, and PS4's exclusive games are not even out yet.

PS3? What games are coming out on PS3 that compete with XB1 games?
"PS4's exclusive games are not even out yet" - so what does that have to do with the fact that XB1 will have amazing games to show at E3 2015?
Sorry but you seem very one-sided

What? There are quite a few PS4 exclusives already out.