Up For Debate - Most Anticipated Press Conference E3 2015

E3, as you already know, is an absolutely frenetic time of year for gaming news. Normally we’d be preparing ourselves for five E3 press conferences. This time around it’s a massive eight. Industry stalwarts like Sony, EA, Ubisoft, Microsoft and Nintendo (in their own unique way) are holding their usual shenanigans, but they’re joined by a trio of press conference newbies.

Bethesda’s kicking things off early with a presser taking place on the Sunday, where we'll get some in-depth looks at Fallout 4 and Doom 4. Square Enix hosts its debut show on the Tuesday meanwhile, where Deus Ex: Mankind Divided and Hitman 6 are likely to get the red carpet treatment. Last but not least, the PC Gaming Show. The first show ever at E3 dedicated to PC gaming, the show will host a number of PC reveals alongside the announcement AMD’s upcoming Radeon 300 series of graphics cards.

If we estimate each show is roughly two hours each, give or take, that’s 16 hours solid of new game announcements and trailer reveals. That’s a lot to be getting on with; basically a full waking day from breakfast until bed, packed with gaming news.

It’s all a bit dribble-worthy, but we don’t all have time to watch everything. With that in mind, what are the press conferences you’re setting aside time to see this week? What game or conference do you reckon is going to stand out from crowd?

Get voting and then lets us know thoughts / crazy predictions in the comments section below!

Who's event are you looking forward to the most?

Well, Ubisoft for me if I have to select among these. But basically, I am looking forward to games instead of their developers or publishers.

I hate to say this but EA. I really like Mirror's Edge and Need for Speed so I'm looking forward to those but there are others I'm excited for of course :D

Looking forward to Fallout 4, AC:Syndicate, The Division, Black Ops 3, Deus Ex, No Mans Sky, and hopefully Hitman 6. As long as Hitman 6 is more like Blood Money than Absolution was. 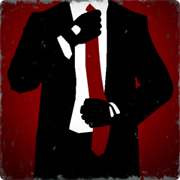 I didn't even know they were making another Hitman until today :P Crazy!

Didnt u see the concept art?

The games I am most interested in are AC Syndicate, The Division, Mass Effect 4, Hitman and Deus Ex. I am also interested in those an unannounced titles by Ubisoft so I giving my time for Ubisoft and maybe some for EA and Square Enix.

Microsoft say they have the bast line up for Xbox ever gets 7 votes.
Bethesda go radio silence gets 69 votes.

Marketing is up this year

I clicked on Bethesda by-mistake, Can i change my vote? I want to vote EA (Was using a Phone)

So less vote for nintendo though it was the one to start the era of video games. I still remember my old tv video games playing with my mom. Those sweet memories :') . Where was Bethesda, Ubisoft and SquareEnix/Edios then? Now hardly anyone cares for that sweet company and its sweet Wii U :'(

Excited to see what news will there be for NFS

Square Enix - For Rise Of The Tomb Raider and Just Cause 3, really cant wait for both :D

Why do people still give Ubisoft any credit at all.

I'm hyped for the PC show

FALLOUT 4! When a game is still sitting on your harddrive 7 years later its sequel is worthy of nothing less than the utmost attention.