E3's kicking off with a bang this week, hopefully, because it begins with Bethesda's first ever conference. Unless you've been living in a bunker and living off irradiated bloatfly meat, you're probably aware Bethesda announced a little game called Fallout 4. Something about some post-apocalyptic cola or some such.

Anyway, aside from Liam Neeson slapping you in the face and telling you so, it's pretty much the most obvious thing ever that Bethesda will be focusing plenty of time on Fallout 4. That's not all the resurgent publisher has in its repertoire though, and its E3 2015 showing is sure to play host to a gaggle of great games, and hopefully one or two surprises...

Earlier this week we saw Bethesda take the wraps off of Fallout 4 in a shock unveiling. We’d automatically presumed it had Fallout 4 up its sleeves of course, and that this was going to be big reveal the entire event was built around.

Well, Bethesda’s went and spilt the beans early, so to speak, which must mean it’s very, very confident of what else it’s got to offer. Beginning with Fallout 4, it seems like a no-brainer to host an extensive gameplay demo. The scale and wondrousness of Bethesda’s RPGs is difficult to capture in a two-minute trailer, so we expect them to burrow down deep on this one.

Aside from that teaser trailer a few weeks ago, what we know about Doom 4 equates to zilch. Other than I got a code for access to the beta about 16 months ago with my copy of Wolfenstein: The New Order. Speculating on the briefest of bits we saw, I’m expecting this to be a sequel to Doom 2 rather than 3. We' talking twitchy, arena-based, key-hunting, hellhole-exploding, BFG-toting mayhem.

Everybody loved disappeared. And, if they didn’t, they were probably just fed to the rats anyway so their opinion has long since mattered. I’m a believer in formulas, and Dishonored = Good. Therefore, more Dishonored = Gooder. I’m not a believer in grammar, evidently. Arkane’s had close to three years working on something, the time is surely now.

Zzzzzzz… YOU, wake up at the back! Every press conference has a mellow moment and this is sure to be it. The Elder Scrolls Online isn’t terrible or boring by any means, but games that are already out are seldom as exciting as the shiny, new things, are they? Bethesda will likely have a bit to say about the shift to free-to-play and the (possible?) success of the console launches, and who knows, it might even announce an expansion pack.

Precious little is known about Battlecry. Expect to get a match demoed or some such because this should be nearing release this year. It’s a 32-player class-based team combat game set in a world where gunpowder is banned. So pistols and machine guns are totally out of the question, but you can hack a chum to bits.

Fallout 4 release date this year. Fallout 4 will get a release date this year, out in time for the holidays. Bethesda’s been working on this for a heck of a long time, and it’s going to be coming pretty indeed. It doesn't really seem like a long shot at all in fact, and it's a far likelier outcome than Dishonored 2 getting announced.

As an aside, it would also be nice to see Bethesda do something really crazy, like announce the Doom 4 multiplayer beta is going live right after the conference. The internet will collectively wet itself, much to the amusement of a passing Cacodemon.

Anyway, there’s our predictions, what do you think Bethesda has up its sleeves? Anything crazy you can see Bethesda announcing? Let us know your predictions below!

Ooooooh Dishonored 2... the first one was well optimized, had a great story, great artworks, nice gameplay... We need more of this.

I want The Elder Scrolls VI,not more of TESO.

I am totally stoked for Fallout 4. As far as the other games listed in this article goes the only one I am interested in other than Fallout 4 is Doom 4. I really didn't like Dishonored at all, & ESO wasn't developed by Bethesda anyway so I am not sure why it is even on the list. 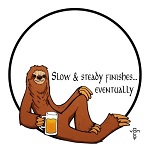 Can I start throwing my money at them yet?

bethesda and square enix are the best! they usually do the best games on Earth! Deus ex, tomb raider, fallout, skyrim, doom, wolfenstein new order, dishonored, hitman, thief... the best games out there.

Agreed.So far,these are the two I am most interested in.

I expect Bethesda to steal the show this year. Maybe, Microsoft could be a close second if they make some surprise PC related announcements but most people are looking forward to seeing more Fallout 4.

Yeah Fallout 4 and Doom 4 for me, really looking forward to both of them. I don't necessarily even believe Doom 4 will be good, it's just fascinating to see what they try to do with it.

Elsewhere I think Square Enix's conference is going to be pretty special, I have high hopes for the next Hitman.

it's hard to steal the show to square enix and their super-games like tomb raider, deus ex , hitman. But surely they are both great!