2015. Or, the 'Year of the Grove' if you’re Ubisoft. Still apparently giddy from its success a couple of years ago, 2014 wasn’t a great time for French publishing giant Ubisoft. If it wasn’t downgrade controversies it was poor performance, or Uplay going down, or horrible companion apps, or, well, you get the picture.

After all that’s happened, Ubisoft’s got the best opportunity yet to sweep all that under the carpet and refocus everything back on the games. It’s got quite the roster of anticipated titles in the works, but it’s the news that Ubisoft is announcing “several” new games at E3 that proves the most exciting. Just what could they be...

Wow does it sure feel like we’ve been waiting a long time for The Division. Every since we clapped our eyes on that E3 demonstration two years ago, we’ve desperately been waiting on the teeniest, tiniest scrap of news about this ambitious squad-based shooter. Ubisoft, the king of the trailer, has been practically silent on the matter, the little buggers, and in truth we still know barely anything about what The Division consists of. This is going to be massive at Ubisoft’s E3 2015 press conference, and it’s poised to be an early 2016 blockbuster, much like The Witcher 3: Wild Hunt managed this year. 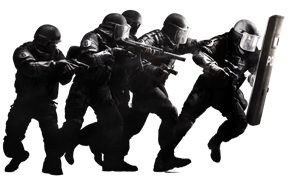 Last year this one scooped up Best Trailer at E3 here on GD, and all eyes are on going to be on this to deliver. Ubisoft’s seen the cash flying around with Battlefield and Call of Duty, and it wants a piece of that action. What we’ve seen so far looks incredible, but we haven’t seen much. There’s a fascinating rock/paper/scissors dynamic at work, with unique units capable of specialised abilities and utilising advanced weapons. With what looks to be plenty of varied tactical options on the two maps we’ve seen so far, this could be a multiplayer game for the long haul. The hardest bit for Ubisoft will be convincing PC gamers to play regularly online with Uplay, and whether it can back it up with decent post-launch support.

Another dead cert, Ubisoft likes to make a big song and dance about Assassin’s Creed, year in, year out. Unity’s reveal was quite exciting last year, what with the co-operative multiplayer and the massively upgraded graphics. This year around the changes are likely to be much more subtle, so Ubisoft’s going to have pull out all the stops to demonstrate why this is worth gamers’ money after last year’s widespread disappointment with Unity. The hope here is that Ubisoft sticks to its claims the side-content will be more meaningful. Completing an Assassin’s Creed game has increasingly been a drudge of waypoints and collectibles, which is a formula that could do with a shake-up.

Originally revealed back at E3 2011, Furious 4 has been absent for years now. What we have seen looks batshit crazy, and unlike anything else out there carrying the Brothers in Arms name. It looks like Ubisoft must have sent Gearbox back to the drawing board for this one, but it’s about time we saw what it’s all about. What form it could take, who knows, but by now it would just be nice to get a proper, tactical Brothers in Arms sequel. 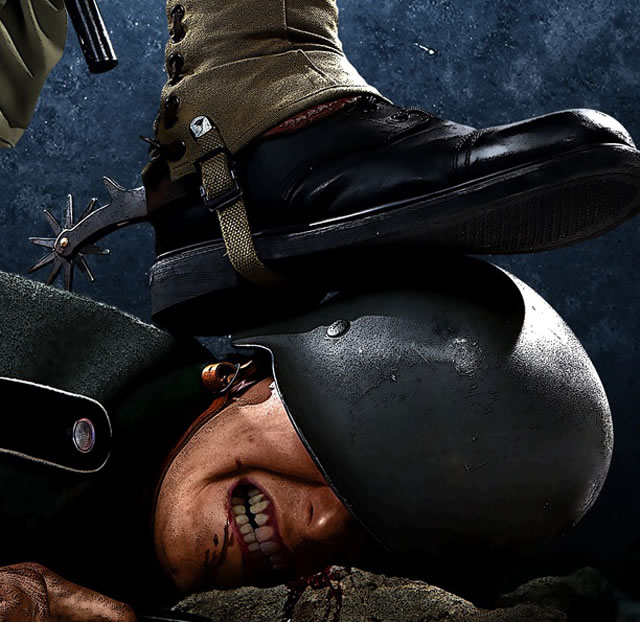 We heard rumours of a Prince of Persia earlier this week, so it looks as if this might well be coming. It’s been a while since we’ve had a proper Prince of Persia, and it would be great if we get a cinematic platforming adventure - a genre that seems to have fallen out of favour in the recent years. I’m talking grand adventure, scaling cliffs with death-defying leaps. Prince of Persia can do no wrong, just make the damn thing Ubi.

Having struck gold with Valiant Hearts and Child of Light, Ubisoft has said it's open to trying more smaller scale, experimental offerings. This is an opportunity to showcase some of these games, but hopefully it doesn't just take the easy route and create a Child of Light sequel.

3D platformers are pretty dead in the water right now, engulfed in a tide of 2D indie titles. The time has come to reinvigorate this dead genre, which we can already see happening with the Kickstarted Yooka-Laylee. The 2D Rayman games have been absolutely incredible, probably the best in their field, but how good would if Ubisoft had another go at a proper 3D adventure. The 3D Rayman universe has always had a unique, menacing vibe, and it would be great to see what could be achieved with the power on offer today.

It took roughly two years for Assassin’s Creed II to follow up its predecessor, and I wouldn’t mind betting we’ll see similar timeframes for Watch Dogs 2. A lot of parallels can be drawn between Watch Dogs and Assassin’s Creed, but hopefully there’s one more - the sequel kicks arse. Ubisoft has the opportunity to learn from some its mistakes with Watch Dogs, and creating a hacking adventure that delivers on the potential of that original E3 reveal. Aiden Pearce was a terrible lead, but if a more involving plot can be combined with a more varied city and evolved hacking skills, then Watch Dogs 2 could surprise us all.

This is just a snippet of what Ubisoft could be preparing to unveil at E3 on Monday, what do you think it's got planned? Any Ubisoft sequels you're holding out hope for? Long forgotten gems? New IPs? Let us know!

Seems like Prince Of Persia is mentioned just to get our hopes up for the sake of crushing it afterwards.

Last year has been tough for Ubisoft, I really hope they can comeback #optimization

Crazy, how well Yooka-Laylee is supported, but if Rayman 4 would show up via Kickstarter, I believe the same could happen; at least great support from my side :D

Im kinda waiting for Rainbow Six: Siege though system requirements are kinda high. Im just hoping price will not be so much.

Am waiting for division. But it probably will be ubi**** optimized game.. Like watch dogs... overall i liked watch dogs i bought this game and now , one year after this game came out it's finally fixed, idk they probably patched the game, because i can run even at 4k with high setting even with high textures or full hd ultra with FXAA 60-70fps half year ago with same settings i got 45-50fps. They finnaly fix that game :)

Expect The Division to get a big fat downgrade. Or as Ubisoft puts it graphical parity between all platforms. This was talked about a year ago and most people choose to ignore.
http://www.gamespot.com/articles/the-division-dev-talks-graphics-parity-between-xbo/1100-6423384/

My Best Interest is Prince of Persia. But i'd love to see The Division and Watch Dogs 2. :)
And Im NOT interested in AC-Syndicate because i had enough of them for this year(i played Unity, Rogue and AC-Chronicles china). I dont know much about other games however.

Meh it's Ubi$oft after all, i lost much respect for them over the last few years (same goes for EA)... i'll just expect the worst and hope for the best.

Assassin's Creed and Watch Dogs. The games in looking forward to most.

I would really like it to see a new 3D rayman game, really enjoyed rayman 2 and 3 allot.

Everything previously seen (including The Division) will be downgraded with the exception of AC Syndicate and Ubisoft will disappoint and rest on their laurels as they have done for the last 5 years.

Edit: Oh and they'll continue to not give two ***** about PC gaming.

That's not made by Ubisoft...

Here is what I am excited for:
AC Syndicate..well..just as usual and typical of me..although I am no fanboy
The Division..would they really make that dream come true? we'll see.
Prince Of Persia..I missed these games..The Two Thrones were my first real step into gaming and was followed by the first Assassin's Creed.
They said there is an announced title and since they claimed last year that there are no new IPs, I lay my best on a new Splinter Cell. Actually, I'd still like to see WD's evolution and I do really miss PoP, but I feel that PoP and AC can't exist together..guess we'll see!

I've been hoping for FarCry 5 but It seems like either UBI has kept FC5 deep inside it(To reveal on E3 as a surprise) or Won't release FC5 this year or ever...

Probably next year.. hope so lol

Considering the popularity of FC franchise, sequel is already guaranteed to release, but probably not this year:

The only thing I am certainly interested in is The Division,everything else is a maybe.

what about Prince of Persia. I am way more interested to that than the division

Haven't played and Prince of Persia games...but it has the potential to be a really great game.

i myself waiting for the division....