Tarmac Terrors Take To The Road In Dirt Rally Update

Dirt Rally has been on the receiving end of yet another large-scale update, this time introducing Tarmac Terrors, a new pack for the Early Access title adding seven additional cars and 12 new rally stages set in Germany’s Baumholder, a military compound location.

Codemasters claim this month’s update offers some extremely fast paced rally driving, along with a great degree of technical skill required. Dirt Rally isn’t one to go easy on players who dare to so much as blink, so it’ll be interesting to see just how tough these latest tracks are.

Tarmac Terrors is the third monthly update for Dirt Rally, with Codemasters promising regular content packs in the run up to its full launch later this year. To mark the additional content added, the price has been raised slightly on Steam, so the rally racer’s going to get more expensive as it gets closer to launch.

Jon's been putting his pedal to the metal for a Dirt Rally preview, and he thinks it's worth a purchase even at this early stage, saying "Shorn of gymkhanas, energy drinks and blaring angst rock, Dirt Rally is the simulation racer fans of the sport have been waiting for. Don’t let the name fool you, this is not a Dirt sequel in any shape or form, this is the return of a breed of rally racer we thought was long forgotten." You can read the full Dirt Rally preview here.

It's like Colin Macrea rally 2.0 HD version with more realistic controls. Now I have to buy a steering wheel ;) 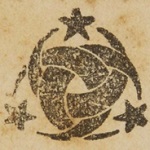 Cant wait for full release. I feel as though there aren't many rally fans in the gaming community. Am I correct in assuming this?

Btw, this is gna be the best rally game yet. If only the tournaments were a bit more personal.