Next Hearthstone: Heroes Of Warcraft Expansion To Be Announced On July 22

In news that will be greeted with as many panicked yelps as smiles, Blizzard has announced another expansion pack is coming to its hyper-addictive trading card game, Hearthstone: Heroes of Warcraft.

If you’ve just about managed to kick the card-battling habit then you’d best look away now. Blizzard has revealed the next Hearthstone expansion will be announced on July 22nd, and all signs are pointing to it being a significant new card set. 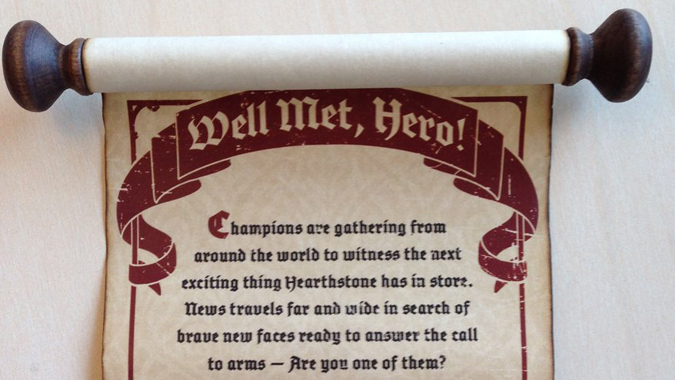 “Champions are gathering from around the world to witness the next exciting thing Hearthstone has in store. News travels far and wide in search of brave new faces ready to answer the call to arms — Are you one of them? Muster for battle and mark July 22 on your calendar. The next bit of news won’t come by carrier pigeon — thankfully, we have much better ways of communication now. Victory awaits,” write Blizzard.

The last expansion for Hearthstone was Blackrock Mountain, a new adventure that included five new wings for card battlers to explore. It’s thought likely that the upcoming expansion will be a card set rather than an adventure set, much in the vein of Goblins vs Gnomes.

Is your free time ready for another Hearthstone expansion?

Isn't this all just speculation? We don't know for sure what they'll be announcing on the 22nd.