Mass Effect Andromeda What We Know And Speculative System Requirements

Mass Effect Andromeda is due out towards the end of next year and while it is a somewhat secretive AAA at the moment, we still know a few space-foil wrapped nuggets of information.

Below you will find the collective of what we know about Mass Effect Andromeda at this early stage, although in terms of time, we are probably around 70% through its development cycle.

Mass Effect Andromeda Background: Little is known regarding the story so far, but Andromeda will likely be set in another galaxy from the original ME trilogy. It has been suggested that Andromeda will borrow a lot from the Dragon Age Inquisition UI systems. Due to the exploratory nature of DA:I the implications are that Mass Effect Andromeda will be focused around a lot of space exploration. Where we can expect the player to be hoping from planet to planet. With a huge galaxy map shown off in teaser trailers and scanner facilities that can be used to explore planets visited for possible resources.

What we know about Mass Effect Andromeda 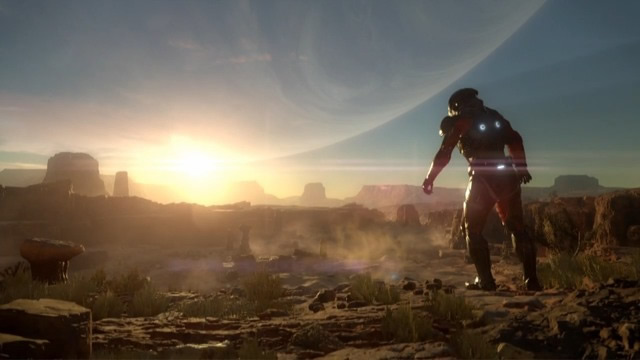 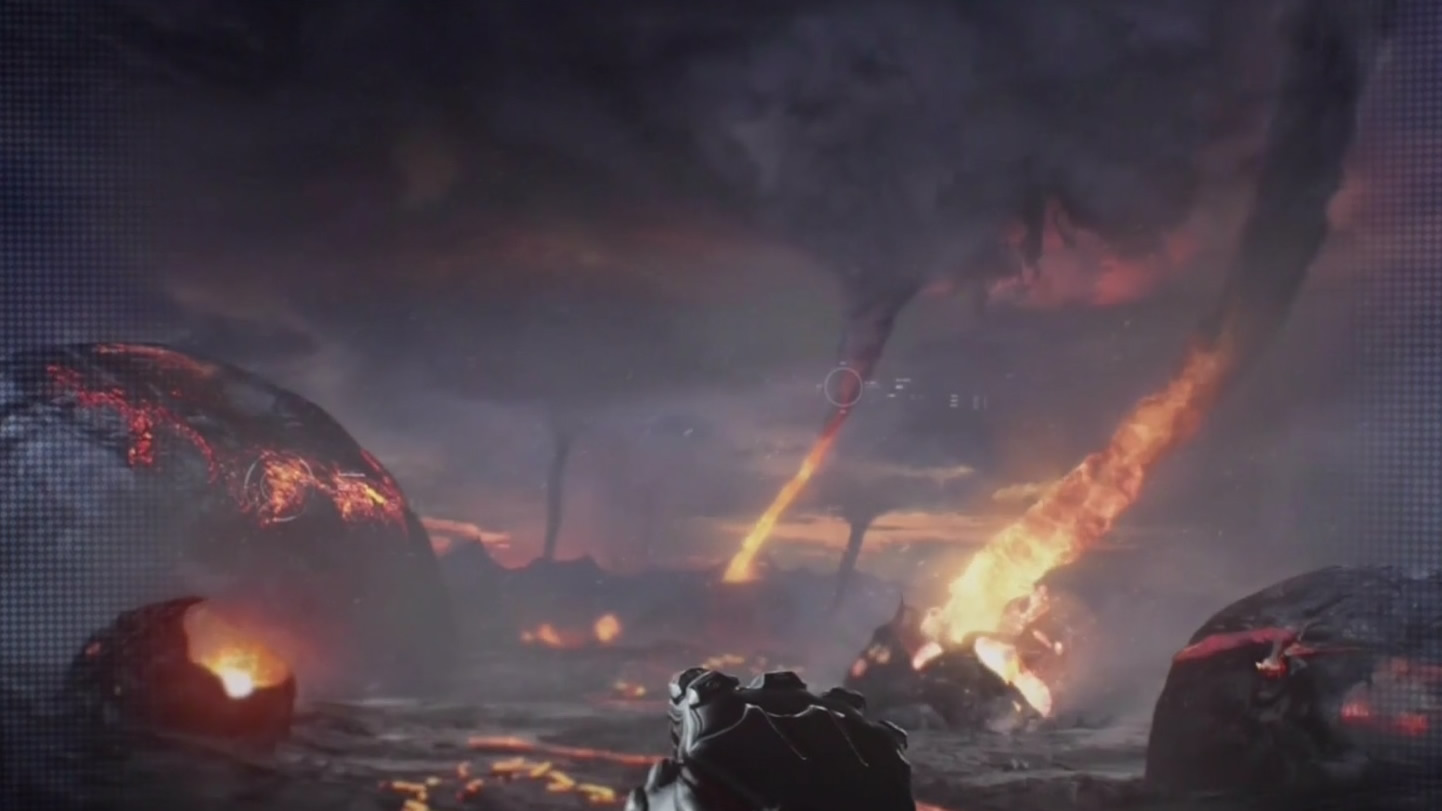 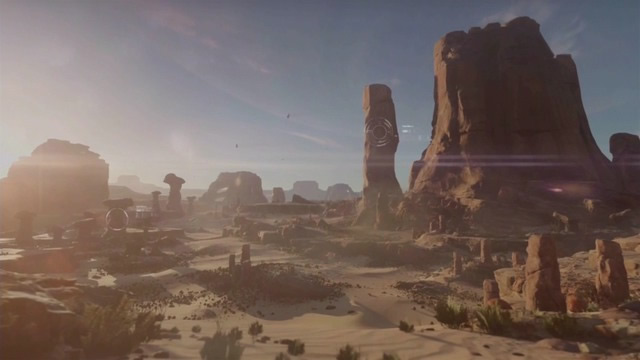 The Mass Effect Trilogy that came before Andromeda were built on the Unreal 3 Engine. Mass Effect Andromeda will be built and played using DICE's Frostbite 3 engine. Modified and enhanced specifically for Mass Effect.

The requirements are speculative at this point. They are based on increased requirement trends for similar games built on the same game engine. This data is extrapolated on time. Other factors are then thrown into the mix, including potential benefits taken from DX 12 gaming, should that prove to be as supportive of games as it claims it will be. So we feel at this point Mass Effect will be a combination of user interfaces lifted from Dragon Age Inquisition, with a whole heap of added visuals to create a modern depiction of a living galaxy, where we can visit the myriad of planets. With that in mind the hard space requirement might be bigger than displayed.

PC CPU capability has not been fully tapped for a few years prior to the new consoles hitting the market and by the time Andromeda arrives we will be in full flow of a new generation of CPUs, where big developers will be able to make some real use of it.

By the end of 2016 I actually think the RAM requirement could be even higher than 8GB. I have personally already experienced a couple of games that would not run when I had 8GB, forcing me to double up my standard system memory to 16GB, to get the game to run. Once I did that, the two games in question didnt actually use more than 8GB RAM so i wasnt too sure why they were being so picky, but I certainly think 8GB RAM will be min to recommended for almost every new game released by mid to late 2016.

This data is put together to give us a look at one potential set of Mass effect Andromeda system requirements. Formed through mathematical means, based on a comprehensive database of existing hardware numbers and frame rates, with a twist of personal insight, derived from my many years of looking at this stuff and building a website to share this type of information.

In short, the requirements are entirely up for debate, and its here to give us all a good jumping off point to get the Mass Effect party started. So share your thoughts and details but as always please remember to consider everyone else's views as well.

i think the only reason the ram req goes up is to avoid starving the OS etc
personally as a power user I built a rig that in 2012 seemed overkill for gaming (16GB ram vs 4-8) i7 vs i5/3, but i think that has paid off well (bar the GTX560)

And who is creating this " requirements" ?
They just throw dice or what, because its totally random
i3-560 is 2 core
phenom is quad core
gtx650ti is lot faster that older 6850

But why that time difference? phenom is from 2009

The Phenom II CPUs actually have better single core performance than the FX series. I am guessing that is why. FX series is better for multi core tasks but worse for single core tasks.

Thats great the requirements are almost exactly my new build

well, it is speculative so it is till to be seen :p however frobite 3 usually has reasonable system requirements so your spec should be fine :)

With the game still being a year & a half away I seriously doubt those will be the recommended requirements. Most likely what is listed as recommended here will be more like the minimum. Everyone needs to keep in mind that this game will launch after both AMD & nVidia release their next gen HBM2 GPUs & well into Dx12's life cycle.

Actually I am betting it is pretty much spot on, remember they are using real in game footage for that trailer, so they already have their alpha built (built with current tech). True that the DX12 hardware will come out before the launch of ME:A but the backbone of the game will be build on DX11.2 hardware. Also remember it still is one the FB3 engine so that will put some restraints on the developer.

I hope this game doesn't lose its great core attributes that make it a great RPG(big decisions, story, characters, etc...), it seemed, to me, like DA:I lacked some of those.

Man i wish they would add other races or aliens. Other than that its seems promising.

Pretty sure many people will need to calibrate their rig once official sysreq is out, or else it would be....problematic

Can it wait a minute? I'm in the middle of some calibrations.
;)

It was a decent ending. It was well done, even if there was little (actual) choice and consequence: sometimes that's how life rolls.

Bah, are people honestly still crying about that? It was a fantastic game with a flaw at it's ending. The flaw was more or less corrected, and the game if played with all available DLC from start to finish was just fine. Get over it already.

Nah, if you let a developer off the hook for what was a bunch of RGB garbage (The biggest ending punt I have seen in over a decade). Where the backlash was so great they actually went back and polished up the turd that was served up for your reward playing through an other-wisely great game. They mailed the ending in, and the players said not just no; "Hell No" was the resounding chorus.

no commander shepard no buy

I wonder if they are going to add in jiggle physics this time? XD

"Be careful what you wish for, it can come true"

Dont know if jiggling man ass in tight space suit is what you want to look at :-D

That reminds me. I hope that Miranda will maybe appear in the game.

good, frostbite 3 is beautiful and performs quite well on all platforms :) i hope that we will be able to travel across huge maps like witcher 3 and go to outerspace can also be awsome :D