It’s an exciting time for Virtual Reality fans. That which has been a pipe dream for decades looks like it might be an actual thing in the very near future. All the rumours seem to suggest that the latest Oculus Rift prototypes don’t cause spasmodic vomiting any more (yay!) and Microsoft’s HoloLens showing off during the Minecraft bit in the Microsoft conference at E3 (oooh! ahhh!), it looks like soon we’ll all be spending our free time floating, flying and falling like an alarmingly young Pearce Brosnan.

But we’re gamers, and we simply wouldn’t be happy without a good beef to get our teeth into. So I propose the following:

I mean, Minecraft? The Microsoft HoloLens promo film has a guy wandering out of his office and onto the SURFACE OF MARS, and we’re supposed to want to use it for Minecraft? Sure, I get that the joy of creation would no douby be enhanced by being able to see it in glorious 3D on your dinner table, but imagine hiding in a crate as a H.R. Giger Alien stalks you. Or legging it from that Slender chap, only to round a corner and come face to blank with him. Trust me, VR-induced vomiting would seem like a fond memory to your dry cleaner after that.

But then, it’s been said in the past that I am a pathetic sack of half-formed opinions that I spout incessantly without really thinking anything through. And, well, yes, it’s completely true. Perhaps it’s open-world fantasy games that will benefit the most from this new tech, from the darkest dungeons to epic sweeping vistas, all wrapped delightfully around your head. You’d really be able to get to feel what it’d be like to wear a full-face helm with just a little slit to see through while you’re fending off a metric Mordor-load of orcs.

Which of the time-tested genres that we’ve grown to know and love do you think will benefit most from this exciting new technology? Or perhaps it’ll open up entirely new genres that we’ve not even considered yet? Let us know your thoughts!

Added a poll below with a bunch of game genres in it. You can vote up to 3 times for different genres you feel best fit VR. Lets see if it isnt the obvious one that wins out.

What Genres Do You Feel VR is Best Suited Towards

Why is it that MS brings its products to gaming. I mean looks at Hololens and Kinect they are much better at professional work

because they want to look nice to consumers,
of what I can say, we have problems with most enterprise MS products, so maybe they haven't those products ready to be used enterprise?

shooter may not be a bad option for it but think about all the stuff you hear in the news thats bad then give all the squeakers virtual reality to play cod on :/ may not be a good idea lol there bad enough i cant even play on xbox live barely cause of all of them

In my opinion it would make sense to use it in racing games as it would be useful in em, for example no need to press buttons to be able to see mirrors just pan your head around. Other than that I would see no reason for me to use vr things.

For me I think first person puzzle/exploration/horror games are good for virtual reality, as well racing/space Sims. FPS don't make sense for it to me.

Sit in a chinese restaurant you see a beggar walking right to a beautiful woman dressed in blue they get close and start to fight just in front of you WOW!!!

That's what real life sim is for...

The only use for VR

Dying light can already be played with VR.

Horror, Shooter, RLS, Sandbox. I think Shooter is best for VR. Horror games can still scare the $#iT out of you on a 2D display and deliver great experience. But shooters still have a long way to go and VR is the next step.

It's perfect for cockpit-based games, like Elite: Dangerous, Assetto Corsa, Flight simulators in general... We already have joysticks and steering wheels that simulate the real feeling of control, with VR it just gets immersive and real.

RPGs, like Elder Scrolls or Witcher could be awesome :)

How in the world would VR Witcher even work? Elder Scrolls would definitely work, but Witcher? How?

it's practically same game when talking about gameplay basics, so why not? :) 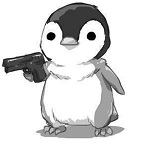 Performance, maybe? having to render twice in 70 fps needs a beast of a pc for the witcher 3

that's not a problem of VR itself ;)