Warlords are going to be well catered for this September when Grand Ages: Medieval invades these shores. Players will be tasked with rising from the role of a small-time mayor all the way to ruling over the entirety of Europe. I would say you can do it benevolently or with an iron fist, but we all know how this is going to go down; it's steel on steel in the crush of battle.

Promising a world map stretching over 30 million square kilometres, Grand Ages: Medieval is grand by name, grand by nature. You'll be building cities, raising armies, harvesting more than 20 different resources and making technological advancements in the race for superiority. Before you let loose the dogs of war, see if your fort's up to the task by checking out the Grand Ages: Medieval system requirements.

For a Europa Universalis-esque grand strategy game, Grand Ages: Medieval is a bit of a looker, so we're seeing considerably higher system requirements than we're used to on games like this. That said, the minimum requirements for Grand Ages: Medieval are pretty reasonable, scraping right down at the low end for processor, memory and hard drive demands. Both the GeForce GTS 450 and the AMD Radeon HD 6770 are also extremely low-end these days and far outstripped by a $100 GTX 750 ti or similar.

If you're wanting to get Grand Ages: Medieval looking like those sumptious screenshots you're going to need a little more oomph. The Windows 10 recommendation really won't make much of a difference at all though, there's no DirectX 12 support going on here.

During the larger battles this will likely be a CPU-heavy game, which is why we're seeing Grand Ages: Medieval's processor requirements take a leap for recommended. This is chiefly going to effect unit detail and animation, so if you're running with less than this you can expect those parts to suffer as a result. Other than that this is a reasonable set of system requirements which the majority of gaming systems will have little problem running.

i have not played good strategy game from long time, want to try this out.

Hope my I3 can hold still for Recommended settings.

It doesnt matter due to this
http://www.game-debate.com/games/index.php?g_id=20605&game=Grand%20Ages:%20Medieval

Is this an RTS game?

Well from what i remember from Grand Ages : Rome its more of a city builder like Anno.

But i don't think there is any combat in the game... I might be wrong though. 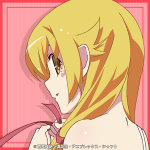 Medieval City Building game, it's quite well done. You pick a country in Europa and start as one city then you expand and such, from what I've seen.