Having conquered the globe in Europa Universalis, it was only a matter of time until Paradox set its sights on ever greater heights - the universe. Stellaris is grand strategy taken to the next logical level, exploring the vast depths of space; encountering alien races, brokering peace and waging intergalactic war.

Based upon previous games from Paradox, we can hazard a solid guess that Stellaris will be a ludicrously deep tactical strategy title combined with emergent storytelling and events that ensure no two play-throughs are the same. For sci-fi strategy fans it's a prospect to drool over, but before you send yourself into hyperdrive be sure to cast an eye over the official Stellaris system requirements.

If you're familiar with the rest of Paradox Interactive's range of grand strategy titles then you'll also likely be familiar with these extremely low system requirements here for Stellaris. These are pretty much identical to 2013's Europa Universalis IV, despite the shift to a slightly snazzier new 3D look. It's all running in the Clausewitz Engine so beloved by Paradox, and as such Stellaris isn't very demanding at all.

The minimum requirements are decade-old parts, and there really shouldn't be all that many PCs out there that are incapable of playing Stellaris, let along gaming PCs. Pentium 4 and Athlon XP are comparatively ancient brands today, while the Nvidia GeForce 8800 GT and the Radeon X1900 series are absolutely at the lowest end.

Stellaris is a turn-based grand strategy game and as such the frame rate and graphical fidelity aren't the focus here. It's really all about depth of gameplay and tactical nuance, so there's little to worry about at all on the hardware front. The extremely lenient hardware demands makes Stellaris perfect laptop fodder. Any modern-ish laptop should be more than capable of playing Stellaris.

Remember, you can always check out how well your PC can run the Stellaris System Requirements here, where you can check benchmarking and performance from other users. Compare your graphics card to the Stellaris GPU benchmark chart.

a game i can run?
what sorcery is this?

we have almost identical rigs

I know that feeling, most games are starting to become too demanding for my PC to handle. 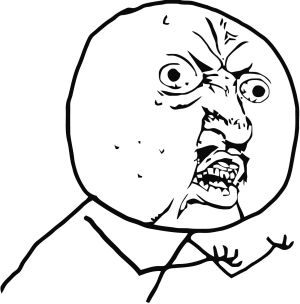 Now this is optimization.I bet it looks and plays amazing.It's probably just well optimized.EA and Ubisoft should take a good hard look at these requirements.

What is up with those low CPU requirements...?

Just good optimization really.Good news for people running low spec rigs.They deserve it after so many developers trying so hard to screw them.You don't find these kind of requirements anymore and almost every game's broken on launch.

You pretty much repeated what I just stated...

I was saying that the C2D bottlenecks less powerful graphics cards, however a C2Q can keep up with mid-high end cards.

It's not about bottlenecking you know it's about good optimization.We really need more games like these.All these AAA titles which have crazy requirements(looking at you AC:Syndicate) and terrible optimization(AC:Unity) need to tone it down.And yes the CPU bottlenecks the card here but maybe that's good too.

im looking at you, minecraft.

And also Hitman: Absolution... Game had requirements well below what you actually needed... On the plus side, it looked great...