Nvidia recently released the beta version of its GeForce Share & GameStream Co-op application. It lets GeForce owners stream split-screen co-op gamers to one another over a network connections. So, for example, two players can play split-screen Borderlands 2 using just a single copy of the game. Pretty neat, don't you think?

As ever there's a few catches. We're still in the beta version so there might be some problems right now. As it stands it's currently limited to 720p at 30 frames per second to the user receiving the stream. For this Nvidia is recommending at least 7Mbps of bandwidth. For now as well the number of games is also limited to a select few, the complete list of which we've got here for you. 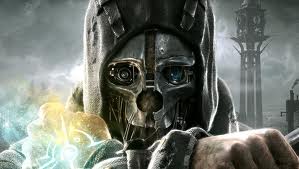 Stupid Question : How is this different from Steam In-Home Stream , other than not having to be on the same wi-fi network?

Not having to be on the same wi-fi network.

Excellent list, but I think not actually "complete"? The example I looked for and didn't see is Resident Evil Revelations 2, or any of the RE games that have split-screen or same-screen co-op.

DiRT:Showdown and GRID 2 support em all, at least some good news for me :3

Okay, this may be a stupid question but would my friend need to have a nvidia gpu also?

i'm guessing to use this feature later on i would have to log into their game stream thingy right?

as far as I know it´s not required to have a nvidia gpu as second player.

Ok, I get playing Borderlands 2 co-op with one copy but how can games like Skyrim or Ground Zeroes be played co-op??
Sorry if it's a stupid question

I have the same question. How can Witcher 3 be played in co-op?

It can't. It's like couch gaming. Your friend would take his turn, while taking control of the stream, until you start playing again.