Microsoft Reveals HoloLens Dev Kit For Early 2016, But It Will Set You Back 3000 USD

Microsoft took its HoloLens augmented reality headset out for a spin yesterday during its hardware conference. It’s always looked like a nice piece of experimental kit that would take years to arrive, but Microsoft surprised us all and announced the first dev kits will be available early next year. Compared to the early Oculus Rift development kits however, the Hololens comes with a far steeper price tag that will put it out of buying range for most curious gamers.

Scheduled to arrive in the first quarter of 2016, Hololens dev kits will set you back a cool $3000. Devs can submit their application for a kit now, which comes with the completely untethered headset utilising sensors to map the environment around you. Microsoft also demonstrated its gaming capabilities during the event, showcasing the robot-battling Project X-Ray.

In the on-stage demo a laser weapon forms around the player’s hand and can be used to fire at drones and robotic arachnids tearing through the walls of the stage. From the demo it even looked as if the HoloLens was smart enough to track items like couches and allow the robots to use it as cover. It was a neat demonstration but it did come across as gimmicky, much as Nintendo’s 3DS augmented reality did before it. Likewise, some of it what it’s capable seems too good to be true and we’d like to get our hands on one to see just how effective it is. If it's as impressive as Microsoft claims it is, it's surely onto a winner. 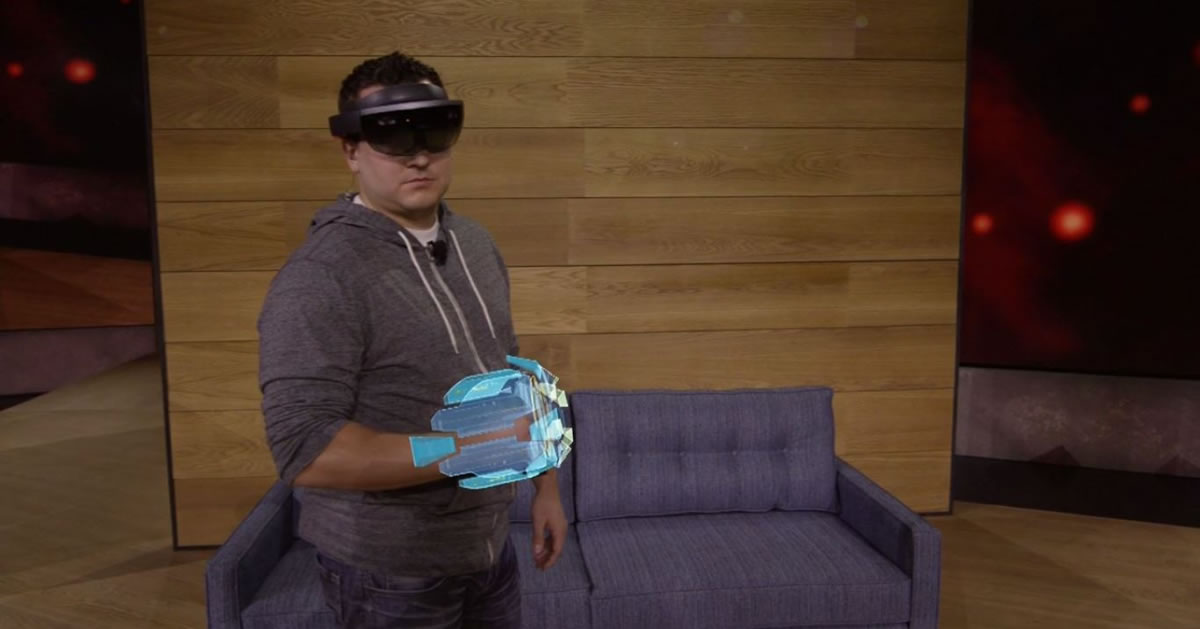 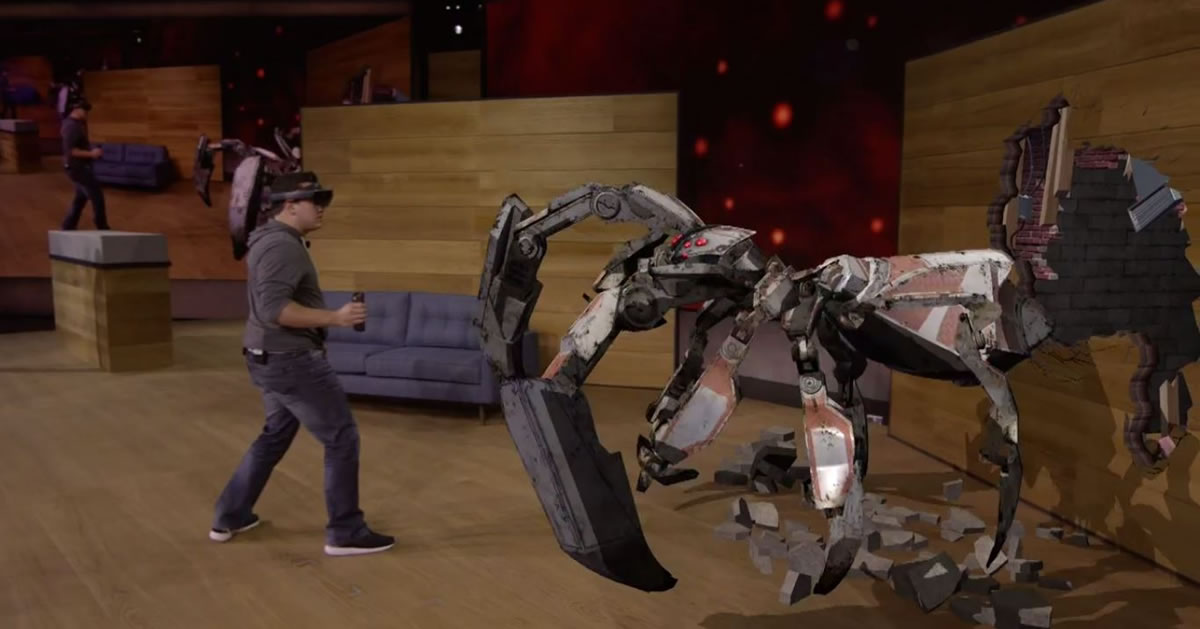 Looking at the $3000 price tag it appears as if we’re some way off seeing a consumer version, but the key here is for Microsoft to get it into developers’ hands so we can actually see what the hardware is capable of. At the moment all we’re getting is glorified tech demos, but we’d love to see entire games and apps geared towards the device.

There’s a school of thought that Augmented Reality is the future rather than VR, and this device is going to spearhead it. The obvious advantage is being able to see through the lens itself; players aren’t forced to say goodbye to close friends and family before enclosing themselves in a claustrophobic VR headset.

The obvious use here is for strategy and god games, using tables as sprawling maps and coffee cups as towering mountains. Think of Total War: Warhammer but you could actually see your little units moving around as you command the battlefield. It sounds awesome, right? But probably not $3000 awesome.

Are you hoping to pick up a HoloLens eventually?

I'm hoping to pick one up in 3-5+ years when they make an affordable consumer version. $3000 is way too much for me.

I'm not surprised about the price. The Hololens offers alot of great AR stuff including this! I expected it to be around this price so i'm not disappointed at all.

saw it live and while the graphics looked crap (obviously, because the whole processing goes on in the headpiece!) the idea of what I call Bedroom Invaders was fun! Much better than VR, I think AR is the way forward because you create the game WITHIN your limited space, not trying to create an entirely new world which does not match with your surroundings (therefore you can't effectively navigate it) like VR does.

Awesome this is gonna revolutionize the RTS genre.VR be damned this is definitely the future for RTS.

But are you willing to pay $3,000 for a VR unit when you can get an oculus rift for less than $500? Seriously, I could already build an ultimate gaming rig for that price.

Can't wait to see what they can do with this. I think it has a lot of potential

This aint the final version....

This is so nice! God i can't wait for this.

i would like to get one eventually, if it really is as good as they show us on the conferences. Horror with this would be the scariest thing ever!! :O

I'd rather get a beast PC for $3000..
This needs testing & reviewing and when the price falls then consider it, for now, this is still way to early.

but this hololens still amazing :P

Are you sure that the price may be way lower? Considering the fact that it uses a hololens which is BTW and expensive piece of glass. And if accidentally break will be really regretful.

The price is so high at the moment because they haven't mass produced it yet. once its available to everyone the price will be way way lower.