The Witcher 3: Wild Hunt’s had a big ol’ patch ahead of the Hearts of Stone expansion next week. I mean big as well, the 1.10 update is easily the heftiest of many patches since its May launch. If you laid out the patch notes end to end they wouldn’t quite get to the moon and back, but they do fill up a 13-page PDF document. Which is basically a novella by that point. A novella of righted wrongs.

If you’re anything like me then your first port of call is probably heading to the broken quests section, where I was delighted to see The Empty Coop has finally been fixed. It’s been an absolute blight on my otherwise unblemished quest log. Why would that pesky woman not talk to me?! Among the hundreds of bug fixes and niggly little changes, CD Projekt RED has also taken an almighty stab at improving performance of The Witcher 3 across all systems.

For those who hearts are aflutter there's some changes to the romancing. Triss now gets a bit more of a look in, with some additional dialogue options to help flesh out the stories somewhat. Unfortunately if you want to see all it means hauling through the main story again.

I won’t bore you with the complete 13-page list but here’s a selection of highlights. If you’re interested in delving into the rest then you can see the full Witcher 3 1.10 changelog now over here, but I'd advise you to a get a brew on the go first. And bring a bookmark.

Glancing back at all of The Witcher 3’s patches I wish I had the patience to wait on definitive or game of the year editions. By now every single one of my, admittedly minor, problems has been ironed out. For those hopping in now it’s probably completely awesome, and fair play to you. As it is, everyone looks to be all tickety-boo, ready to be broken to smithereens by next week’s expansion. It’s dropping on October 13th on all platforms and is a bit of a snip at $10 for around 10 hours worth of content.

why did they even have to ask ?

dayum, seems that I could start entirely new game, to celebrate the gpu upgrade with something worthy :D 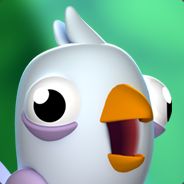 15GB? there is only one answer. To qoute you from your last comment: "DAAYUM"

Well atleast you can celebrate your new GPU with giving up your social life, looking at the amount of hours you will put in this game :P

to be honest I didn't even have time to turn on my PC yesterday :)))

At least you have a new computer.
I'm stuck with mine until I get a raise...

yea, but it's primarily a workstation, and also I'm planning to give my previous rig to my brother :D
btw you could actually try to sell your current rig to have enough funds to get something better ;)

Well Jovince92, you still have an awesome GPU, yer the CPU needs an upgrade

nah, the i5 is fine, no reason to waste money on upgrading an already fairly well-balanced rig

The CPU is fine (could do with an overclock to make it even better)! If I had that rig then the GPU would 100% come first as an upgrade!

Oh Gawd, The update is ready on my steam account. There goes my social life. Goodbye worl!

It's easy to get laid in Witcher 3, I tried it once but only with Keira because I was trying to get her killed.

I have yet to try it with Yenefer and/or Triss

As per Marcin Momot @ Twitter:
The @witchergame patch 1.10 is going to be around 15gb on consoles (depending on SKU) and between 6-15gb on PC (depending on platform).

Bugs? What bugs?
I've played over 50 hours now, and in my third rerun and haven't experienced any bugs.

I'm excited for the new Expansion pack though...

The only bug I encountered in the game was with the "Black pearl" quest in skellige, where the drowners would kill the quest NPC before you could swim to shore and save him. But that was fixed a few months back with a previous update, so great job CDPR!

Rules of Udvik (something like that), about rescuing some guy and some troll and some other guy captured by the troll.... I know that there was a bug with pointers and stuff.

I still haven't played the game. Its not that I don't like or I was waiting for patches, I just don't have the supercomputer to run the Witcher3 but now, It seems like the best time to buy W3WH because there are no bugs + price lowered here

Pausing the game for more than a month only to hear the new love triangle dialogue. The hype is killing me, release the patch already !

I really hope that this game gets the GOTY award. The people at CD Projekt really deserve it.

Yeah hope so myself, itwas one of the best gameworlds to be part of as a witcher. :)

But looking at the enormous amount of Bethesda fans, I fear the Fallout 4 will take the price.

Hell yea I hope Witcher takes GOTY, but I'm also a Fallout fan, so may the best win :D

I am 110% sure Witcher 3 won't be GOTY (though i want it to)as it is competing with Arkham Knight,MGSV and Fallout 4 and all these games have hugh fan base.

THIS is how its done, release fixes before release. Is that so hard?