Ark: Survival Evolved, the latest in a long line of Early Access survival games that will in all probability never be finished, nevertheless continues to be updated with new content at an alarming rate. Fresh from the news more than two million copies have been shifted, Studio Wildcard has added baby dinosaurs.

These aren’t just reduced to waddling around looking kinda-cute-for-vicious-killers either. These dinos grow up. Naked survivors wandering around Ark: Survival Evolved can pair up two dinos and breed them, which is a weird proposition if ever I've seen one. The resulting offspring will then share a random mix of traits from its parents, ready to go off and live in the world, before coming back and mercilessly hunting down its creator.

Studio Wildcard have even chosen to go down the animal eugenics route as well. Experienced breeders can pair species together over the course of many generations, eliminating certain traits and refinding high-end traits. The end result is basically a super-dino, but this apparently doesn’t come without risks.

Also included in the update is the new Mosasaurus. Known as the Terror of the Deep, you’ve probably seen this aquatic beast using great white sharks as toothpicks in Jurassic World. It’s the largest creature in Ark: Survival Evolved yet, and in typically barmy fashion players can try to build mobile aquatic bases on its back. That can only end badly.

I have to say with the amount of love they’re giving this game it might finally be time for me to jump in. The animal breeding system seems like it’s got real depth and the results can have a genuine impact on the ecosystem of the island. No doubt they’ll be a few problems balancing it along the way but it seems like a great way to keep players hooked for the longer term. As for a home built on a mosasaurus’ back; I have no words. 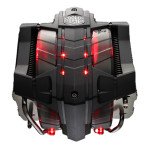 Wanna invite you to a pvp unofficial server with daily active admins. Currently Dino Downloads and item download is on until the weekend. The server is 81.19.211.110:7777 named Pickles new server. The server was purchased by a friend due to spending hours building then get a unexpected wipe and lose all. Join have fun!

The breeding is here, yes, and they tried to fix it, but it's still far too broken to actually pull off...

I feel bad for my friend who bought me this I work 5 days every week and I can't justify the insane amount of time it takes to do everything by the time I get back on our base is completely gone. To me there is no point in a private server whats the fun of playing alone or with just 1 other person.

Mate i work 5 12hr shifts over a 8 day week as in 5 on 3 off and av got over 480hrs on ark lol while feeding kids and cooking cleaning lol if your into a game you play it if you got the chance.

That's dedication I guess. I got MGS:TPP when it first came out and I love playing the game every chance I get still only have 16 hours in total.

Why do you need a dx12 update? Just asking out of curiosity

for the visual upgrade maybe, i am thinking o f purshacing ashes of the singularity also just to test dx12.. despite not being a fan of RTS with high number of units to control
i prefer dealing with small grps

i saw some gameplays the game looks like ps3 games with low resolution textures / average lightening quality... maybe its fun but i dont see my self playing it the way it looks now, if dx12 does not bring visual improvements i will not buy it

ashes of the singularity will be out in 6 days

That's one of the most ridiculous posts I've seen on here in a while. It looks nothing like a PS3 game, even on low settings this game still looks great, crisp gfx and all. It sounds to me like you're just hopping on the DX12 bandwagon with absolutely no idea what it even does lol. Yes, it will be an amazing tool for developers once they unlock it's full potential. But it's not just a gfx booster.

And the fact that the only reason you want to play Ashes of the Singularity is for the sole fact that it takes advantage of DX12. Do you even know what DirectX is? or did you just think "hurr durr... it's the new thing in gaming! DX12 games must look awesome! I can't play anything with DX11 or older now!" Just because it uses DX12 doesn't necessarily mean it will look any better than DX11 or less

What do you mean by "deal with such members"? I meant it was ridiculous because you were comparing Ark's graphics with PS3, which couldn't be further from the truth (even in resolution alone). Thanks for the down-thumb though.

my first downvote since i mad an acount in GD.
members that allow themself to evaluate others opinions and label them with rediculous...

That's because I found comparing the graphics in a new PC game you haven't played with one of the last generation consoles graphics to be a ridiculous statement. Especially since I own a PS3 and Ark, I can attest to the graphics quality not even being similar.

i tried the 1.8xx version with my current rig i did not like it
apart from the water the rest is hidious XDD

i removed my down vote

This game full of barbarians. I gave up.

No barbarians in singleplayer. I never played multiplayer thou but i know there are pve server too not just pvp

Mate if you join this server 5.196.195.147:7777 its got decent folk on it and active admin most days. that server is pvp but sometimes pve is boring. if you wanna play and want a chance to play join it also gives your player upto lvl 201 character dinos can go up as high as 600 lol good server and fast lvl up.