Cyberpunk 2077 Borrows Elements From Witcher 3, But Will Be A Completely Different Game

Having achieved insane levels of success with The Witcher 3: Wild Hunt, the easy thing for CD Projekt RED to do would be to push out a sci-fi reskin and call it Cyberpunk 2077, but it turns out this is anything but the case. Speaking during Pax Australia, Cyberpunk 2077’s lead quest designer Mateusz Tomaszkiewicz said it’s upcoming RPG will play like a completely different game to The Witcher 3.

That’s not to say everything learnt from The Witcher 3 has been thrown out. The most successful things will make the jump over to Cyberpunk 2077, including The Witcher 3’s quest system, but the majority is a completely different game with totally different role-playing systems.

"I think there are things that we could have done better, so we will adjust it to Cyberpunk’s requirements. Also, it’s a completely different game, It’s obviously an RPG as well, but it has totally different systems. We need to focus on making the gameplay fun in different ways than sword fighting is.”

Word from CD Projekt RED is that the majority of its development staff have already switched over to working on Cyberpunk 2077, with a small team left to work on the remaining The Witcher 3 DLC. We first saw it back 2012 so it’s been in development for some time now, but CDPR has said it won’t be ready to talk about it until at least 2017. By then it’s surely going to be pretty far along, and it’s even possible we could see Cyberpunk 2077 launch that same year.

Would you like to see Cyberpunk 2077 be a completely different gameplay experience to The Witcher 3? Or do you hope it builds on the successful template laid by Geralt's latest? Let us know! 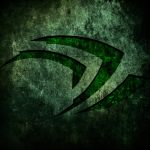 Seeing how good Witcher 3 was. I want to see this.

I'm waiting for the cars :D

Actually despite of the game being goty and the best game that i've played. It was pretty far from absolute perfection.

I think Cyberpunk 2077 is one of the worlds Ciri went to. She talked about a world where people had spaceships.

I caught on to that too. I hope to see little references to Ciri or Avallac'h or The Witcher universe in this game.

Im not gonna lie, that would be awesome if true :D

Oh man I can't imagine how gorgeous this game would look.

I wonder if by the time this is out, will it require a 970 as minimum

I think the next series in Nvidia may be require to play this...

Yeah you are right. 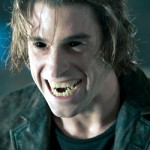 this will be interesting