N7 came and went this weekend, and BioWare celebrated with a new teaser trailer for Mass Effect: Andromeda. The so called Mass Effect Day falls on November 7th, after the N7 rank insignia emblazoned across Commander Shepard’s uniform. With Mass Effect: Andromeda expected to arrive within the year, all eyes were on N7 Day 2015 for a fresh glimpse of the sci-fi RPG.

BioWare delivered with a hype-inducing teaser trailer that still keeps its cards very close to its chest. Shepard voice actor Jennifer Hale is back for the narration, which is a strange choice considering BioWare has explicitly stated previously that Commander Shepard will not be featured in Mass Effect: Andromeda.

Did you fire up Mass Effect this weekend to celebrate N7 Day? Let us know your exploits!

The new ship looks pretty cool! I've been looking forward to getting a glimpse of the new ship. It's hard to tell the scale, but it looks pretty large. I'm guessing there's a smaller vessel, maybe slightly smaller than the Normandy SR-1 but larger than a shuttle, that takes you to missions and maybe has room for the new Mako tank, as well. I wonder this particular ship in the trailer has its decks arranged like a tall building (perpendicular to the axis of thrust) as described in one of the codex entries (and in a lot of hard sci-fi/spec-fi literature).

Oh the chills. This video brings back emotions. Excuse me, I am going to go punch a wall to feel manly again.

I guess this is it... no more Shepard :(, He/She might be one of the most iconic characters in gaming. I wonder if they can top Shepard.
In other news Bioware reveals day 1 DLC for ME: Andromeda Shepard Archives :P

I don't think it's that weird that Sheperd was narrating. She was "signing off", after all.

Yeah I think they used Jennifer Hale as Shepard to re-emphasize their point about Shepard's story being done, hence, the sign-off, and the whole thing about looking to the future.

Inspiring clip... tugs at the emotions 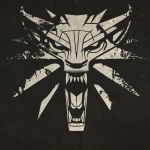 Also, there was a "Ryder" dog tag in there, which explains the "Ghost Riders in the Sky" song they used for the previous trailer...

Thanks buddy ;) Dont know why they do that when they send us the video to publish. Very odd. F

Yah the launched the hype train a little early, before the got the a-okay....Guess the hype-train could not be held back Wooo Woooo 1 year to ME:A!!