What Are You Playing This Weekend - Wasteland Edition

Now, I was willing to bet this particular What Are You Playing was going to be one of the more one-sided conversations in its short history. That is, until Pip came along. You see a little known game called Fallout 4 arrived and nuked our hearts to oblivion. Despite the dominance of Bethesda’s latest bug-ridden masterpiece though, there’s been plenty more coming out over the last month that we’re sure everyone’s busy with.

Xbox One owners have been treated to the sublime Rise of the Tomb Raider, while we’ve also had Call of Duty: Black Ops 3, Need For Speed, Anno 2205, Halo 5: Guardians and Warhammers: End Times - Vermintide in the last few weeks. Oh yeah, and Batman: Arkham Knight re-unreleased, for better or for worse. Gotham’s a morose place these days, that’s all we know.

Jon: Well, I’m expecting most of my weekend gaming time will be stolen by Fallout 4. I've played plenty already but there's still loads of side content I can't wait to get to. I did contemplate getting some Fallout Beer to enjoy the event in style, but then I had a moment of recognition that I was about to pay a £20 premium on a 12 pack of Carlsberg lager just for a sticker.

When I’m not stuck in the vault I’ll finish off Uncharted 3: Drake’s Deception, from the recent Nathan Drake Collection on PS4. I blasted through the first two games back to back and I’ve still somehow got it in me to finish the third. They’re predictable and fairly formulaic games but I’d been lying if I said they weren’t a hell of a spectacle and lot of fun.

Squee: Personally, I simply have no time for ghouls wandering around a weird wilderness, so instead I’ll be focusing on the perhaps-soon-to-be-famous Hard West, which is a game about…. oh wait. A bit like XCOM, and featuring cowboys returning from the dead and plenty of undead wandering around in a weird wilderness, it’ll have to suffice until I have my own foray out of the vaults.

If my sherrif’s badge gets too rusty, I always have Crusader Kings 2 for a change of pace. Mercifully free of ghouls and mostly weird wilderness-free, it’s become my go-to game whenever there’s a gap in my busy GD review schedule.

Felix: Pillars of Eternity is getting some of my gaming attention at the moment. I loved the Baldur's Gate games when they came out and this follows very firmly in those footsteps. A classic style RPG with a great story line. There are a tonne of character choices for when you start the game, and Obsidian has done a great job of creating a new rule system that is very similar to 3.5 edition D&D, while making it feel new and refined at the same time.

Oh, and then I also want to spend some time in the weird wilderness Squee was mentioning above. The one with vault dwellers and the strange bug where I get stuck every time I am looking at a terminal in game. This seems to be in as a punishment to anyone who upgraded their PC to play Fallout 4. Because if you have more than 90-100 FPS then once you use a terminal screen to read important plot info, when you leave the terminal viewer your character gets stuck on scenery and can't move away. Luckily there’s now a fix out for this. Other than that, I really loved the experience they presented when you manage to leave the vault for the first time. Very cool.

Needless to say both are firm favourites in their respective Global Game Award 2015 categories. Don't forget to put your votes in to have your say.

Pip: Fallout 4 is not good. It’s not even average. That was my first impression during my playthrough on Thursday. This weekend I will be giving it another shot.

I think that if I can get past the outdated 2009-ish visuals, the non-existent, poorly implemented RPG elements and the boring and dull combat, I might actually enjoy the game.

Did I read what I just wrote? I literally just wrote that if I can actually overlook the whole game I might actually enjoy it. Am I trying to force myself to enjoy Fallout 4? Well, for 59.99€, can you blame me for trying? I will find a way to enjoy Fallout 4. Hopefully this weekend!

Now then it's over to you. What gaming are you going to be tackling this weekend? Clearing out that backlog or taking on the Wasteland? Let us know! 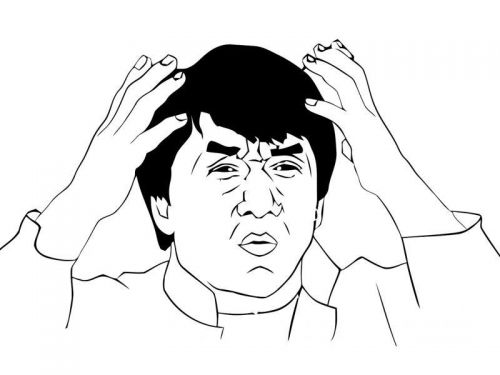 I am playing Crysis 3

Will still be working on MGSV for a good while

I have been bouncing between StarCraft II, NFS Shift 2, and Ultra Street Fighter 4... All of which can be seen on my Twitch, and is highlighted on my YouTube channel. Just search tdkryu and follow/subscribe. 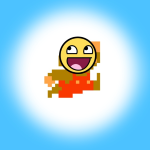 I will be testing many games with my Steam Controller!

Gonna be getting killed by Liberators in Starcraft 2:Legacy of the Void.They're crazy.

They are not that terrible.. :)

I think this is going to be another Crusader Kings 2 weekend.

Every weekend with Crusader Kings 2 is good weekend :-D 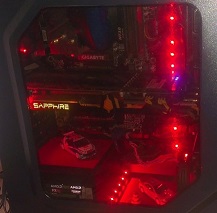 Same i don't like FO series but this was is different. I actually hate open world games because they're just getting too long to finish. But the only once i love for now are FO4 and TW3. FO4 combad i dislike but the story is good and mainly

I play the game cuz of the story. But mainly i'll be having fun with autocad 2015 and watching Frankfurt Major.

This weekend, i would preferably clear the backlogs..
Assassin's Creed Rogue(Love all the Assassin's Creed titles)
Battlefield Hardline
Call of Duty Ghosts
and some Just Cause 2 in between...:) cause I LOVE IT....
As far as the wasteland is concerned...i am not bothered to play it...
I'd rather play JUST CAUSE 3.

GTA V (The Best game Ever)

Fallout 4 and Minecraft. I might chip in some Shovel Knight.

I need to finish Mass Effect 3 and Skyrim. In between most likely Antichamber

The Last Of Us,its a god damn masterpiece... but what to play after that has going through my head a whole week and it bugging me a whole lot

Fallout 4 all the way woot woot!