Fresh from their success with Transformers: Devastation, it looks as if Platinum Games is going to follow this up with a videogame adaptation of everyone's favourite - Teenage Mutant Ninja Turtles. The project, known as Teenage Mutant Ninja Turtles: Mutants in Manhattan, was revealed by a Brazilian rating board before the Australian Classification Board confirmed it would be Platinum Games taking the reins.

The beat-em-up experts at Platinum will be working on what is reportedly an adaptation of the original cartoons, rather than that god awful movie from last year. They’ve got some serious pedigree in the genre, creating the likes of Bayonetta, Metal Gear Rising: Revengeance, and The Wonderful 101.

In terms of platforms it looks as if it’s headed for just about everything, with TMNT: Mutants in Manhattan rated for PC, PlayStation 4, PlayStation 3, Xbox One and Xbox 360. No word on a release date yet, but with Platinum’s packed schedule, which includes Scalebound, Star Fox Zero, and Nier: Automata, we wouldn’t expect to see it until latest next year at the earliest. 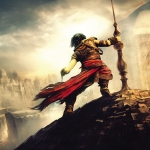 It will be Awesome if it is Sequel Of TMNT OotS

I'd love to see an original Power Rangers from them!

just make it a 2d brawler!