At the moment Just Cause 3 has enough problems to make Jay-Z feel as if he hasn’t got a care in the world. We know already that the console versions really aren’t performing too great, with hefty frame rate drops and massive loading times. PC gamers haven’t got off scot-free though. We’re talking widespread performance issues, AMD glitch craziness, and the total absence of SLI support.

Still, Avalanche is at least looking into the issues plaguing Just Cause 3’s launch, so hopefully we can expect some updates from them soon. "We know that some of you are encountering some technical issues – we’re looking into them all and we’re fully committed to providing you the best possible experience," wrote Just Cause 3 community manager Petra Opelova on Steam.

If you were after the specifics of when the next patch would be arriving, and what it would be tackling, then you may come away disappointed for now. “We know you’re going to want specific information on when a patch will land and what will be fixed – we would love to give you that information, and we will as soon as we have it,” continued Opelova. “But right now, a little over one day since we launched, we have huge numbers of players in our enormous game world and we’re monitoring all the data coming in.”

It seems time is needed then, to assess just what the most critical issues are and how to tackle them. In the meantime Avalanche has said anyone who is running into problems should contact their Customer Support.

I didn’t really encounter any major issues during my playthrough of Just Cause 3 for our review, but it seems as if plenty are. How’s Rico’s explosive adventure going for you?

Why release this game again?.... now they should expect many refunds and no sequel to this one.

IDK what I said this time.... I was just asking why they released the game in this terrible condition and no wonder many people will be hesitate the next time they see a Just Cause game.

You don`t have buddies for nothing ;)

Meh yet another game i won't support...

When can be expected to go out on game tracker??

Being on the lucky side, I really thing this game runs like a dream. Never run across any kinds of framdrops or stuttering. Mostly got above 70fps and loadingtime aint that bad when on SSD.
Only thing bothering me is the unskippable intro, poor anti-aliasing and the lack of SLI.
For this game, I think that the recommended system req. actually hit the spot...

I can never understand why every company nowadays release a game without testing if it works flawlessly...wtf

They have to meed deadlines

I don't see what all the fuss is about - you can hardly expect a developer to be able to test a game over every hardware combination. I've had no problems at all, seems like a well-polished game, and looks breathtaking. 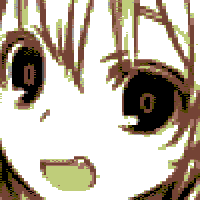 Maybe, like, learn about how game development works. They can't test for every possible hardware combination and they have deadlines to meet. There will always be some bugs in the initial release of a game.

"and they have deadlines to meet"
It's very obvious they wanted the game out before the holiday season. I mean, how could they have missed all those framerate issues on consoles? What's your excuse for that?

With those PC requirements it was obvious consoles would have trouble running it. There was no surprise there.

No , no patience. FAK developer sympathy. We keep being nice to them , they keep releasing these broken as* games! Stop it , guys!

But...but, Mad Max was so smooth, how could they bugger it up? :L

WB Games had nothing to do with JC 3.

Good way to put it Youngwolf, I think he knows that Serbian and was just using them as examples. :)

When can be expected to go out on game tracker?

Many claim it affects mostly AMD setups, but it has worked pretty well for me: https://www.youtube.com/watch?v=JyOUyt1Ko_Y