What Are You Playing This Weekend - December 2015 Edition

Winter has cometh. Rain is battering down. I hear the occasional shriek of a cat flying past the window in a brisk wind. Men from Leeds are forced to row to the local pub for a pint. It’s definitely grim out there. All the more reason to batten down the hatches and bathe in the warm glow of a monitor. It’s gaming time.

The last month has been packed with blockbuster releases. Indie games have scarpered in the face of a AAA tidal wave. We’ve had Fallout 4, Just Cause 3, Assassin's Creed Syndicate, Rainbow Six Siege, Star Wars Battlefront, Call of Duty: Black Ops III, and StarCraft II: Legacy of the Void, to name just a few. In fact, there was almost definitely enough games out this month to last you an entire year. Right, best get busy then, so what are we all playing this weekend?

Jon: It’s more Rainbow Six Siege while I finalise our review. I’ll be donning my body armour, packing my heart beat scanner, and thermite blasting fools in the face. Ubisoft’s worked wonders here, and I can’t wait to get stuck in for a full weekend of intense action. It’s the sort of game where the hours just melt away.

When I’m after a slightly more sedate change of pace I’ll also be booting up, fingers crossed if the postman arrives, Xenoblade Chronicles X. I haven’t played a proper JRPG in ages, and this just looks like an absolute epic that I can’t wait to get lost in. The Wii U might not have the most packed line-up, but it’s most definitely got the quality, and I’m hoping that rings true again here.

Felix: I'll probably be doing what Jon's doing and heading in for a few sessions of Rainbow Six Siege. I want to see how the beast MSI GTX 980 Ti can handle the chaos of Ubisoft's online shooter at DSR 4K resolution. If it can hit a stable frame rate then it's going to be some glorious breach and clear action.

Divayth: I'm 30-something hours into Fallout 4 but I'm still just scratching the surface of this game, having completely ignored the main quest. Instead I've been scouring the Boston wasteland looking for precious junk containing adhesive. The other day my colleagues had a good laugh at me as I was visibly excited to have found a roll of duct tape laying around the workplace. (Pip: you get excited easily. I know this)

Pip: Remember the last time I had an opportunity to write in this? I said I would be giving Fallout 4 another try because even though I hated it. Becase it was so expensive, I had to force myself to see it through. Well, since then I have been playing over and over, passing 100 hours played. Don’t misinterpret me - the game is quite buggy but at the same time it’s extremely immersive and just sucks you in if you give it a chance.

Well, no surprise if I say I will be playing Fallout 4 again this weekend. I saw reviews and gameplay videos of Just Cause 3 and it turned out to be just what I expected - too much freedom, no story, no progression, and not really an open-world but more of a shoot’em all game.

Now then it's over to you. What gaming are you going to be tackling this wet and windy weekend?

Well I was on a Fallout 4 binge until I saw Shadow Complex Remastered was available for free. I haven't been able to stop playing it since I got it installed. :D

feelin really tired, so nothing at all this weekend, simple as that :)

this weekend...i got down into the deep down metro networks of Russia shooting mutants..METRO:Last Light and some SYNDICATE in between(don't know why everyone critizes it)....:p

Insurgency is my addiction. Too much fun!

fun game but sadly latest updates were kind of killing the community for a while, it used to be a lot more players

Still not too bad, but yeh, I agree 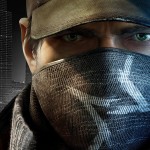 My newly acquired ARK mainly, a few touches of spelunky here and there and to top it off some borderlands late at night..

Nice, what kind of character build ?

I thought I'd try my luck as an Elvern Duel-Wielding Rogue :)

Ahah okay, have fun !
Are you going to be a nice warden, or a more chaotic one ?

I did the Elven Dual Wielder a few times, was quite fun :D

I tend to follow the "Chaotic Good", the good guy that takes no S**T :D

Fallout 4, not even a RPG, but still not a bad game.

For me it's going to be Hardware tinkering/software first and foremost and then when I want to relax from that - FarCry4, Wither3 and some Wolfenstein action :D
Played Alan Wake too recently.

I found it fun and at times really quite challenging, especially when you run out of bullets. The story is damn interesting too!

Yeah the game is more about escaping than shooting :)
The story is really good i agree, could have been a great book or movie in my opinion.

For some reason I thought Alan Wake was a book before it became a game? Isn't it?

There is a novel, but it's based on the video game :)

Just doing some Witcher things and stopping by the local brothels.

Well... xD I rage-deleted DOTA 2 for god knows what time and I will be playing maybe some Rust or Zombie Army Trilogy and Knights of Pen and Paper 2! :D

once again I find myself not having enough time to dedicate in that game.. so.. rip 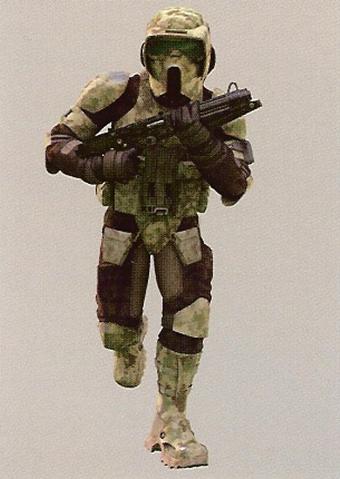 How's Fable Anni? Worth getting over the original? I saw that the controls were rubbish and it had a consolized UI, no hotkey bar, etc. Have they fixed any of this?

Fable Anni is still the same disaster it was before. The user interface looks very bland and combat controls feel somehow clunky. I am using a keyboard & mouse, so maybe that's why. The only reason I got the Anni edition was that it reportedly had controller compatibility. Couldn't say no when Steam was offering related DLC and the Anni edition for 50 percent off during the Autumn sale. Haven't gotten around to finding about controller reliability with Fable Anni due to schoolwork and playing SoM and ME 1.