Up For Debate - Is Li-Fi The Next Big Standard For The Internet?

A group of researchers in Estonia have managed to make an information transfer method utilising light, successfully implementing it into a corporation as a beta test program. Light Fidelity, or Li-Fi as it's known, offers speeds in excess of 100x Wi-Fi. All of the sudden it's getting a huge amount of attention, but does it actually warrant it?

Li-Fi is a method of information transfer using LED bulbs, photo diodes and amplified signals. A method which has zero interference with radio waves and so forth, providing a cleaner, more efficient signal.

Research on Li-Fi has been under way since 2011 and at that time it was just in the planning stages. Estonian start-up, Velmenni, is the centre of attention when it comes to Li-Fi, which can produce transfer speeds as fast as 224 Gbps during lab testing. During real-world testing it's expected to deliver performance in the region of 1 Gbps. On paper it's an impressive feat no doubt, but once we explore the tech in more detail, we find that it might not be all it's cracked up to be.

Velmenni is using LED Bulbs, photo diodes and MATLAB, plus Simulink programming, which is taught to all students studying Electrical and Telecommunication Engineering. Transfer of data is done through these LED bulbs, however they are susceptible to pollution which can slow down the transfer rate considerably. In addition, light can't penetrate through walls, so you will have to put these bulbs everywhere in the house and keep them on all the time if you are moving about. This shows that the method could be very limited in its application, unless you want your house lit up like a Christmas tree all year round.

However, this also presents an advantage of security. No one outside can gain access to your network. This is fairly easy to achieve on bog-standard Wi-Fi unless you have a strong password. Another benefit of Wi-Fi is in its name - it's wireless. With Li-Fi you're going to end up with more wires, not less, which begs the question, why not just set-up an Ethernet network? Say you are on a desktop, then you just have to put one bulb on top of the PC and you are good to go, provided the bulb is in direct line of the LED lamp 'router'. However if you are on a smartphone and sitting somewhere else, then you might as well activate your family data plan.

A similar concept emerged at the start of this year in a £1.5 million project known as Pure Li-Fi, which demonstrates the similar concept of visible light communication. The following picture showcases the differences between data transfer methods between 3G/4G/LTE[Long Term Evolution], Wi-Fi and Li-Fi: 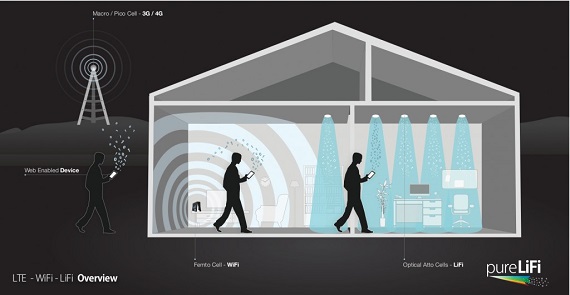 This method, yet again, remains only effective at short range. If you take a look at the applications of this concept here, you will find some extremely interesting ideas, such as car-to-car communication using headlights, or street lights which can be used to provide hotspots and much more.

My prediction is if Li-Fi does signal the future standard of internet, it still needs at least five to seven years to mature and be properly implemented on a corporate and consumer level.

Li-Fi also intends to combat Cellular Data Networks, which, in my opinion, is impossible. The guys at the back end of the carriers would never allow something to replace their standards and destroy their revenue streams, despite the fact that the telecom sector is hurtling towards a potential death.

But that's enough from me, I want to hear you GD'ers. Do you think Li-Fi is the future standard for the internet? Drop your thoughts in the comments section below!

So, sooner or later they will be able to hack your pc whilst having a drone hovering outside your window, with a hack-fi flashlight attached to it....

I think Li-Fi might be the next big thing. I'd rather have the lights on wherever I go to get 1Gb/s than have the router on and move everywhere freely with 366 KB/s. And that extra security is damn good...

I have 15 mb/s internet here in the US and I still can go all the way up to 100 mb/s without breaking the bank, I do think Li Fi will go main stream, but I do see household small diameter fiber optics (drill a small hole, small size makes it easy to guide) connected to a central router being a possibility for bandwidth

and here I am sitting in the middle of germany with 250kb/s down ._.

Is that really a thing there? Here in the Philippines I'm getting around 350Kbps download speed. Surely it cant be worse there

It is. They use all their resources to improve those 100k in big towns to 250k etc. Instead of doing something about the villages and small cities.

Cheaper for them and looks better in statistics, Germany is joke in that matter.

Smaller/less populated areas will always be relatively more expensive per head of population to upgrade internet for, that happens everywhere.

I've heard of rural communities installing their own fiber, relatively cheaper to do privately too as they use their land access and so don't need municipal permits.

Hmm according to wikipedia your city(according to profile) has almost 150,000 inhabitants, not even that small.

250kb/s in such a city is really bad indeed, didn't knew that was common practice in Germany ;(

Pretty interesting, but I wonder if there is any problems with being exposed to it for long periods of time?

And this is why we probably never will pick up any radio emissions from other planets in the search for extraterrestrial life. Because for them,radio waves are probably long gone(if ever there) and they use a completely different technology

That's pretty much part of the [Fermi paradox] (https://en.wikipedia.org/wiki/Fermi_paradox).

Also we are sending raidowaves for about 80 years know, that's nothing in the existence of the universe (1.5*10^10 years).

Besides our radio waves move way too slow to get anywhere. The space is just too big for us to explore it. Yet.

In my opinion humanity will never be able to explore space. Passing lightspeed is impossible. Warpdrive, Hyperdrive etc. are space magic. We don't know if wormholes or alternative universes exist, even if they exist there is no way to enter a blackhole and survive. Gravity will literally tear you apart, from atom to atom. 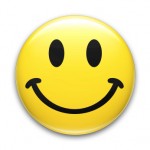 Warpdrives are not space magic. It is a known fact that space is expanding faster than light.

alcubierre drive: FTL is mathematicaly feasable. (and you know those scientists, if nature left a backdore, we will exploit till it drops ^^ hashtagagriculture/engines/computers)

I will still believe we are limited to sublight speeds until something made of 25C solid matter reaches a destination before light does while staying in one piece and same temperature, undamaged.Warpdrive is still only theoretical. We need exotic matter and we don't even know if it exists.Matter can't pass speed of light. Some other things may do such as tachyons but it is not proved with experiments. Humans, at least their bodies will never be able to travel at sci fi speed.

It is possible now, just not in widespread use.

So if is true then we can buy light bulbs in the hardware? Thats great.

I will never ever turn on the led light in my bathroom :(

"However, this also presents an advantage of security. No one outside can gain access to your network."

If you are really that paranoid, just use a cable.

I'm not sure why people are even pursuing faster wireless speeds at the moment. Most countries' infrastructure simply isn't there yet. Yes I have a router that can handle up to 1 Gigabit per second, but my ISP can only handle up to 150 Megabits per second, and I can only afford 25!

No, way, I don't want to replace my wi fi adapter, considering that wifi has already became good enough for connections to majority of the people.

This Li-fi concept to me, seems a bit similar to what fiber optics are used for. If so then it doesn't seem like a replacement for W--fi because is still required wiring.

This would be nice in things like trains were the lights are always on and higher speeds are needed for all the people connecting to the network.

Li-Fi is, in certain ways, even more restrained than a typical wired ethernet connection would be. The transmission media requires line of sight, unbroken from source to receiver. Something as simple as turning around or having a person stop and stand in between points would effectively disrupt the connection. So unless we start making translucent people, or figuring out how to force light to penetrate solid matter, li-fi is only ever going to be a localized short-range idea.

Apart from the obvious issues, there comes then the problem of network capacity and consistency. Wireless transmission is unstable enough as it is, just imagine the standard issues then being compounded by the necessity for complete line-of-site. Say you're sitting having a cup of whatever disgusting contraption the hipsters drink these days, feigning an enjoyment of some douch-nozzles YouTube channel, when suddenly someone sits at the next table...BAM, connection lost.

Unless, of course, the source of said connection happens to be set up to cover all the necessary angles. Which now means the inevitable resurgence of disco, albeit without the music or nostalgia or platform shoes....But wait, what's this? A smudge on the receiver? Well that's fine, I'm sure the fine people who manufactured it will gladly sell you some contrived overly useless cleaning solution, since they're such upstanding business people after all! And on and on it goes...