Most Anticipated Console Exclusives 2016: Wii U

I'm not going to lie to you, the list of upcoming exclusives for Nintendo's Wii U is painfully threadbare. The term drought is being redefined here. In fact, I 've had to include an HD remake in here just to fill up the numbers. Give or take the odd game, this is the five only exclusives coming Wii U in 2016. If you wanted further proof that the Nintendo NX can't be far away, then this is it.

But, it has to be said, of the five exclusives coming to Wii U next year, they do look universally promising. The Legend of Zelda fans are going to be doubly pleased, with not one but two 3D Zelda adventures making their way to the Wii U. It's going to be a slow few months for Nintendo fans, but we're expecting the perspective to change drastically over the course of the coming year.

The Legend of Zelda Wii U

Everything we see of The Legend of Zelda Wii U looks insanely promising. Zelda producer Eiji Aunoma has been fairly secretive about what the long in development action RPG entails, other than confirming Nintendo was aiming for a full open-world, possibly with a quest system. You'll be able to tackle different areas whenever you want, with Skyrim-esque exploration around its huge world. With little time until the Nintendo NX arrives though, it would be a surprise if The Legend of Zelda Wii U didn't launch for Nintendo's new console also.

Star Fox Zero looked a bit dodgy when we saw it at E3 earlier this year, but a smart delay and some graphical fine tuning means it looks as if Nintendo and Platinum Games are back on track with this one. Legendary Nintendo man Shigeru Miyamoto is behind Star Fox Zero, with his aim being to make use of all of the unique features of Nintendo's console. The normal ship-to-ship combat is joined by mech walker sections, tanks and more, in a more varied take of the classic Star Fox shoot-em-up gameplay.

It shamefully took me months to realise why why brawler Pokkén Tournament was called what it is. As you may have more wisely guessed from the name, Pokkén Tournament is fully 3D fighting game in which some of the most beloved Pokemon square off against one another. Each comes with unique abilities of course, so Pikachu can zap enemies while Charizard can flame grill them. Jigglypuff? I don't know. The Pokkén name is because it's being created in conjunction with Bandai Namco, of Tekken fame, so it's got some serious fighting game pedigree behind it.

Like it or not, Nintendo's not averse to the remastering trend. Plenty of Nintendo fans have probably already played this GameCube/Wii game to death, but for those who haven't, The Legend of Zelda: Twilight Princess HD is back, and hopefully better than ever. From the looks of it there isn't any additional content being bunged in, so this is vanilla Twilight Princess with some sharper visuals. Textbook line-up filler material, but it should help while away the months until the Wii U gets its own dedicated Zelda title.

The clash of two Japanese gaming's most esteemed franchises, the mysterious Shin Megami Tensei X Fire Emblem is practically guaranteed to be dripping quality. With Intelligent Systems and Atlus splitting the load, it looks as if Shin Megami Tensei X Fire Emblem will be a full blown RPG in a Personal style, with dungeon exploration, roaming an open-world Tokyo, and turn-based combat. In truth this still looks a long ways off, but we're still hopeful of a 2016 launch.

Which is your most anticipated game?

I love it when people who know nothing about the Wii-U seem to be the ones writing the reviews or commentaries, cause it really shows in the words chosen. So maybe the U only has a few exclusives on the way for 2016, but pound for pound each one is worth 3 on most consoles. The U always has the best exclusive content, and the only reason it hasn't had more success is because everybody and their mum got an Xbox One or PS4 and is ignorant of the U's awesomeness.

u said the thing that needed to be said

Phat, man i am sorry to say but the Wii U is great for what it is... an attempt at innovation but it falls flat in what people are looking for in a console. These things sometime fall on their faces. The Wii was a hug success but when they tried to make a sequel to the Wii(Gimmicky Controller and Non-Graphics-Focused gaming system) people where already tired of the Wii and had moved on. Nintendo figured this out and that is why they are working to release the NX. Let HOPE that it is a step towards a more traditional console, because i would LOVE a Zelda or Metroid game that looked as good as witcher!

This is a pile of , well, crap to be frank! There is nothing "gimmicky" about the controller. It is a controller and a tablet all in one. How is this a gimmick? And the reason why Nintendo is working on the "nx" is because the Wii U was released a year before the competition and so it is time for a new console. It has nothing to do with anything else other then that! Honestly, the Wii U is a fantastic system which received bad press for the sake of bad press, kind of like Microsoft gets. Finally, the graphics on the Wii U are 1080P, real 1080P not the sub 1080 crap PS4 and Xbone pushes out. The Wii u is a true console and I have a really hard time reading people say otherwise...

Also, the Wii U set me back $300 Canadian. What is not to love about this?

Hey Maleficious, i didn't mean to upset you. But you stated what made it gimmicky in the sentence after you asked what made it gimmicky. A tablet and controller as one makes it that. Also, rendering resolution is part of what makes a game look good but so is texture resolution and fidelity. It may render at 1080p but that doesn't mean much if the graphics are still sub par. I too am upset about the xbox and ps4 having trouble rendering at 1080p, but the graphics look considerable better on those consoles, in most cases but not all.

I see that you are a big fan of nintendo and that is great! But i didn't say anything untrue. All of the consoles have their problems.

The problem is the PS4 and XB1 will up the graphics to the point where is struggles at 30 FPS in all situations. The Wii U will not do this. It will make the graphics smooth.

So the truth of the matter is, the Wii U is the only true next generation console being 1080P fluid...

if all it takes is 1080p to be next gen then i am sad. You have to be trolling me. The wii U has 1/4th of the power of the xbox and 1/5th the power of the ps4. If 1080p was all it took then the wii U would have been a resounding success instead of the Utter failure that it was(sales only). They did a lot of innovation that some enjoy but most don't. their current president even Predicted the failure of the Wii U. He advised against releasing a console so similar to the Wii. Turns out he was correct. The innovation wasn't enough to sway buyers.

Phat71: You said it mate! The exclusive games the Wii U have and are getting blow away anything PS4 and Xbox has...

Wow...there is a console apart from ps and xbox o_0

But aren't those mostly indie games?

Yeah, Xcom is definitely an indie game... :D... i love it because most "exclusives" only refer to the console ware and they still release on PC! :D

Yes and strategy games and MOBA games. The thing is the console exclusives just grip our hearts much better than any other PC exclusive there is.

The thing I'm mostly exsited about from Nintendo is the so called NX console, let's hope it's just a standard console.

Game breaking problem with Twilight Princess is that it's too easy.
It's honestly a joke how easy it is, and in a perfect world, the HD remake will be tuned.

(course, this is nintendo, so they'll read this and laugh hysterically)

not a lot of people actually own one (Wii U) though, I presume...

But I have one :D 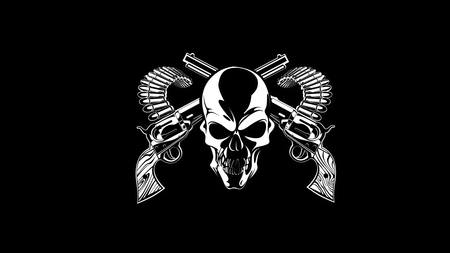 people are going to own them much less once the emulator is complete ;) It's almost done... 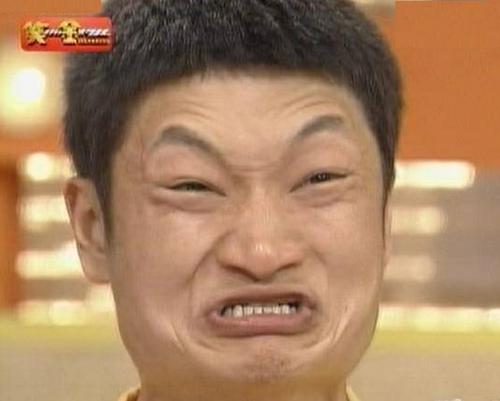 If you vote for anything other than new Legends of Zelda you are a bloody traitor who sides with Ganon and Link will destroy all of your pots then he will take your rupees.

indeed, but for hyrules sake i had to klick on twilight princess hd for it had no votes