Most Anticipated Action Games Of 2016

2015's best action games have been the stuff of dreams, so 2016's definitely got its work cut out. We've witnessed the likes of MGS V: The Phantom Pain, Batman: Arkham Knight, Bloodborne, and Just Cause 3, to name just a few. Luckily, 2016 looks as if it's going to be even better for those who like their games brutal.

Here we've gathered up five of the most anticipated action games of 2016, with heaps more still not making the cut. Whether you want to get caveman on someone's ass, or just go full-blown Leon, there's something for everyone in the next 12 months...

A UBISOFT GAME WITHOUT TOWERS! Oh, I thought this day would never come. Ubisoft’s formulaic approach to game design has worn thin for some, including myself. There were murmurs from some gamers that Far Cry 4 was a glorified expansion pack, but Far Cry Primal looks like a decent stab at mixing things up. Swapping M16s and RPGs for sticks and stones, Far Cry Primal is back to basics open-world survival in which you must conquer rival tribes and tame the lethal wildlife. While the familiar Far Cry gameplay seems intact, the radically altered settings provides a fresh looking game.

To a far greater extent than Far Cry above, Hitman is a series which long-time fans think has been slipping and sliding in quality. Hitman Absolution hit a few bum notes with its cinematic approach and tiny, boxed-in levels, but this Hitman reboot is looking to change all that. Io Interactive promise humongous replayable levels packed with hundreds of characters and potential for dozens of unique hits. That, coupled with extensive post-launch support, makes Hitman one of the games to look out for in 2016.

Taking the everything but the kitchen sink approach to game design, For Honor is Knights vs Vikings vs Samurai. See, everyone’s happy. It’s always great to see a huge publisher like Ubisoft take a few risks on a new IP, and For Honor seems to be the very definition of a risk. It’s 4 v 4 online hack ‘n’ slash, with teams joined by stacks of AI teammates to assist in captured points and battering down defences. It’s got a few teeny tiny MOBA elements to it, but Ubisoft prefers to call For Honor a shooter with swords.

We’ve seen suspiciously little of Dishonored 2 since its cinematic reveal just prior to E3. In fact, so little that I’d be extremely surprised if it’s even out in 2016, but we're still holding out hope. The original was refreshing in just about every single way, offering open-ended stealth action that begged replayability. Without the ‘new’ factor though, can Dishonored 2 conjure up that same magic? Arkane Studios certainly hope so. With two different playable characters and expanded skill trees, Dishonored 2 explores a world plunged into chaos, as Empress Emily Kaldwin becomes an assassin and works to reclaim her lost throne.

2K Games haven’t been making much of a song and dance about Mafia III since it originally made a big splash at Gamescom in Cologne, but it might well have one of the most eagerly anticipated open-world games on its hands. Moving out of the prohibition and post-World War 2 eras, Mafia III is set in 1968, in the midst of the Vietnam War while New Orleans is undergoing a hippie revolution. Familiar faces promise to rear their heads again, as does our little friend the Tommy Gun.

What is your most anticipated action game of 2016? 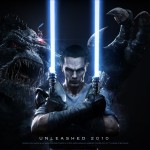 Voted Mafia III.
Its the one i want the most.

MAFIA II wasn't impressive. Dishonored I never played.
I am with HITMAN, because it never disappoints.

Primal looks boring and should be like a 20 dollar arcade game.
I could never throw 60 dollars at a hitman game, just not my gig.
For honor these kind of games usually have players that are pros at stun locking or im just bad.
Liked the first Dishonored, would stop by g2a and pick up for 40 on release day.
Mafia 3 of course. Will still look at g2a but would pay retail either way.
Other being mod creation kit for fallout 4 to see what can really be accomplished.

I guess im waiting for probably all of these games .Since Dishonored was really good probably one of the best . And even though Absolution was bad, we cannot rule Hitman out. Then Far Cry Primal has a pretty interesting concept too

And theres no need to say anything about Mafia III, the first and second parts both were really good.

well farcry has sort of towers. the bonfires you light them and it unlocks part of the map

Would like to say Mafia, but I'm afraid III won't be as good as II... So I'll keep an eye on Far Cry Primal just in case, I think it's a pretty unique game.

Mafia III & dishonoured 2 will be one of the best launches of 2016.

never say best launch until it's launched.that's like a taboo.look what happened to arkham knight.

Mafia 3,Rise of Tomb Raider PC,Dishonored 2.
But I won't buy anything on release,I'll wait for it to get cheaper.

Well, I guess not in the "action" genre, the game I most look foreword to in 2016 goes to Homeworld Deserts Of Kharak! (pre-ordered) I being a loyal fan every since the first game back in 1998/99...

Far Cry Primal, Hitman, Ghost Recon Wildlands (if it will come in 2016), Dishonored 2 etc etc
But my first game that I will play in 2016 is The Division

Mafia 3 and Hitman.
Probably a few others as well, but we will see.

..wait, wrong topic? Well, just Mafia III for me then.

Mine is Deus Ex. Then maybe Ghost Recon Wildlands.

Hitman would be awesome if not that episodic system

Need For Speed, although my expectations are close to zero :D

At least we know it will be better than an NFS after Undercover.

well the problem in the last NFS is JUST ONLINE , no offline mode nothing JUST MULITPLAYER -_-

yes, that is indeed a problem for people like me with poor internet connection, if game will crash every minute I will not be able to play it :P