Up For Debate - What PC Component Are You Looking To Upgrade Next?

I don’t know about you, but every so often I get what I call ‘The Itch’. It starts off as a passing interest and all too quickly becomes an overwhelming urge to just buy something. Anything. Much to my bank balance's misery. That’s usually when my upgrades happen. They’re not things I’ve put months of thought into, but seemingly the sheer need to be a consumer. Once I’ve decided I’m buying something that’s it, basically.

This year I’m trying to change though. I’m going to try to plan out my hardware purchases. No unnecessary gear, no impulse buys. It’s all about working out what gaming hardware is coming over the horizon, and planning my purchases appropriately. So join me then, in planning out what PC component to upgrade next.

If you take a look at my rig you can see it’s a fairly decent performer. That said, there’s at least four things I’m heavily interested in picking up in the next 12 months. The first of these is simple - another 8GB memory. I know basically no games cap out 8GB, but I can feel the tide going that way. And hey, it’s a cheap upgrade.

Secondly, the graphics card. I’ve got a GeForce GTX 970, but I’ve got a serious eye on the Pascal GPUs coming. If the GTX 970 equivalent is a cheap price then I’m all in, and I can offload my GTX 970 to pay for it. That all depends on whether Pascal is the great saviour Nvidia paints it to be, however.

Thirdly I think it’s probably about time I invested in an SSD. The sky-high prices have put me off for a long while, so I took the middle ground and opted for an SSD/HDD hybrid. I still finding loading really quick though, so I’m finding it difficult to quantify investing any cash in it.

Lastly there’s the prospect of a VR headset. If I go for any in particular I’m getting the Oculus Rift. I’ve had a go with the HTC Vive but it’s just too large and unwieldy to set up at home for me, and I’m banking on Oculus delivering a far slicker experience.

What PC component are you looking to upgrade next? Any hardware must-haves coming early in 2016? Let us know!

What are you upgrading next? 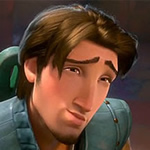 Probably GPU this year, my current one's already showing its age. Another possibility is SSD.

It would be better to spend money on worthful stuff. Or maybe donation if u have extra. Damnit.
( I don't like these jokes. Its everywhere. )

SSD would be nice, I have 500GB 850 EVO and it really helps to get rid of slow Windows responsiveness :D

I'll be upgrading my GPU when pascal is released, for the high-end version they offer (gtx760 has served it's time well), but also i'm going to get rid of my old Asus Xonar DG soundcard and going for Creative Sound Blaster Z. Offtopic i'm looking forward to new mouse, headphones and VR. Hmm, that's gonna cost a bit...

I'm in the same boat. My GTX760 has also served me well, to be honest there has not be a title it couldn't render well... 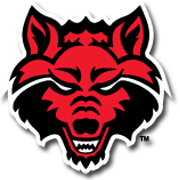 Im going to upgrade to G.Skill Aegis 2x8GB and Sell my current sticks.

i whill only upgrade my storage :D

I will be upgrading my GPU next. I will be going with nVIDIA as usual and Pascal mid-end.

planning to sell your current card? if so then fingers crossed, it's always nice to get some money back for an upgrade ;)

can someone recommend me a GPU that i can upgrade to that can run all upcoming games for the next 2 years? 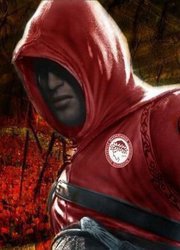 My GPU but not soon.. I still enjoy all games with my old pal

A speaking clock that tells me to knock it the f off and go to bed. 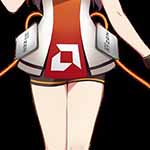 Should I upgrade my CPU to a new intle skylake this year (2016)? I only want to upgrade if my CPU is starting to bottleneck my GPU with the newing games coming out, Vus greatly dropping performance. My upgrade options is to get my hands on a I7 3770(k) or upgrading to intle skylake which will force me to get a new motherbored, ram and possibly a new OS. I could also get one of those cheap i7 performing intle Xeon, mobo and ram bundles.

Nah, go with Pascal when it releases.

sadly my fx 8320 is getting dated so im trying to save for a i7 but i also need a new mobo and ram and thats going to be alot i mean i love my rig now but i need to upgrade this is about 3 years turning 4 on Superbowl Sunday.

its still good Id suggest get a good cooler and overclock that baby to 4.5-4.7

Yep, going to agree with Seasevedge and Spartan!

I will be also overclocking my cpu once I get my 850 watt power supply lol. 600 is not enough for my specs lol. But yes Overclocking will make your CPU last a bit longer not life wise but gaming wise since DX 12 will come to support in more games and that means more Multithread and Core usage for us AMD FX users. I am using a Thermaltake NiC C5 cooler which is good supports 230w and replaced its fans for two noctua nf-f12 fans. Id suggest start with a really good cooler maybe water cooling your choice really and give it a go :D

My next upgrade will be to buy the Alienware Graphics Amplifier. Will most likely have to wait on buying a card, but my 965m can hold up for now.

scratch that, apparently my next update is a Docsis 3.0 modem, my docsis 2.0 modem is dying :(

My next upgrade may be a second 980ti and the proper component to support ddr4 memory.

Probably will build a VR rig once Pascal comes out, seeing my laptop will not support it sadly.

I know there is always something new coming out and someone will argue it but why would you pay the premium for the 980ti when pascal is on the heels of being released. Your 770 is still a great card. When i bought my 780ti it cost me 650 and 4 months later the 970 which had more vram and performed similar to my 780ti for 350 and the 980 for 550-600 which destroyed my 780ti. And i expect the jump in performance to be even more drastic going to pascal. Choice is yours but why?

I'm going to buy the 980Ti and give my son the 770, besides with this aging rig I don't think it would handle more than 980Ti

yes it will :D wait for pascal.