Crytek today revealed yet another foray into the virtual reality space - The Climb. Enabling players to experience the thrills and heart-stopping heights of rock climbing, with an insight into the challenges being ropeless brings to the sport.

The Climb’s environments will be lavish and varied, Crytek boast. If you’ve seen just about any CryTek game ever, you can picture the scene. It’s all sun-drenched beaches, dappled treelines and harsh cliff-faces. It’s utilising the titular CryEngine that is renowned for its detail and hardware stressing reputation. The trailer shows the player in an Asian jungle, fans of Crytek’s previous offerings will know of their pedigree in this environment.

This comes hand in hand with their other VR project Robinson: The Journey, announced at Paris Games Week, further cementing their interest and dedication to the VR trend. While the climb is currently exclusive to the Oculus Rift, CryTek may be missing a trick not bringing it to other headsets.

The Climb certainly looks vertigo inducing, with players scaling harsh cliff-faces once crumbling handhold at a time. If you’ve ever played Grow Home then the climbing system is a little bit like that, with one hand moved at a time to find new outcrops to grab onto. I’m not too sure about the disembodied hands CryTek has opted for. They look similar to what sony has done in its London Heist demo, but it’s a bit disconcerted to see when climbing a cliff-face. I mean, why can’t CryTek just stick some arms in?

not for me thou

That hands without arms. :|
Creepy.

oculus touch controllers cant reproduce your elbow positions,
they left them out ingame so your brain wouldnt feel like something is wrong (just missing)

I'm really waiting for VR. Been saving a hefty sum of money for pascal series card and VR headset. It's really going to be the next step in gaming, also, this "The climb" looks amazing.

I've got $500AUD (probably around how much it'll cost in Australia) hidden away just waiting for VR!

Biggest mistake Crytek has ever done in their history is turning an open world stealth shooter (with vehicles and better mp) into a CODlike arcade linear shooter. Yes i am talking about Crysis. Compare Crysis 1/Warhead with Crysis 2/3 and you will get what i mean.

Watchout he'll drop his wrist. This game is more scarrier than fear series... there is no body only wrists!!! LALALALALALA 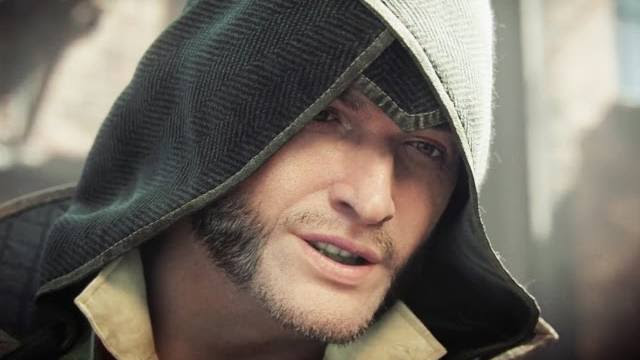 I want a realistic experience so the more vertigo it causes the better! It could have done with some arms though, and do you have even a body in game?

According to someone posting on the Oculus forum (for Bullet Train), rendering the entire arm would "break immersion" due to the "lack of accurate inverse kinematics". I suppose this is also why the entire arm isn't rendered in The Climb.

I guess we'll just have to settle for the current approach (lacking arms) that is more immersive. I suppose when we get more accurate "inverse kinematics" we can expand on the hands! :)

Yeah, if you bent your elbows to pull your hand back, there are lots of angles it can move at and the game can't know what your elbow is doing. Having a body part in game that doesn't match your own will confuse the brain

Well, I'd imagine my rig will struggle, but I know Crytek is pretty good at optimizing games.

Welp we all know its going to be a pain to run since its crytek...

But its only when they deliver the best graphics compared to all released or upcoming games... This does not seems to be case.
But since Oculus Rift will require 90 fps at reasonable high resolution (I can't remember), Anything less than r9 290 or GTX 970 is not even supported :D

if they use dx12 they could achieve better performance and better graphics. dx11 is ancient and is holding us back

Kind of cool, would prefer it in Tomb Raider as 1st person cam

xD yeah i don't like the disembodied hands either

Guess there isnt gonna be a Crysis 4 :'(

This looks cool - but yeah, I need the arms! The two hands there is just a little too weird, and I don't see the point.

Totally Agreed.
There must be an option to enable them :D

I guess that's hollow man. Or may be its just a glitch :D Looks great though. But that 'only hands' thing is just ridiculous. Too ridiculous perhaps.

Something to do with 'Inverse Kinematics' not being accurate enough yet, so it breaks the immersion. One day....one day...

I am so excited for VR.

There really isn't that many, and to justify the purchase of a VR headset, it's going to need a lot of games that are designed for VR.

But, it's strongly adviced not to release only for VR. It will be a tremendous waste if it doesn't release as an FPS game also..

But if the game is playable without a VR, then less and less people will buy a VR. Plus it's a climbing game, it's going to be pretty damn boring if you don't have a VR, the whole point of it is to make it feel real, which it won't feel if you're staring at your monitor, with your mouse and keyboard in view.