The votes are in and a winner has been decided. Ultimately there can be only one winner, and these three titles have done admirably to make it to the final, but only one was great enough to clamber out of the arena still breathing. It saw off all comers over three bruising encounters, before laying the smackdown in the Grand Final.

This game is the number one game that GD'ers want to be gleefully unwrapping and playing this Christmas. It's been a heavyweight brawl with some total mammoths knocked out along the way. Anybody remember a little game called Fallout 4? Nuked into oblivion. Metal Gear Solid V? Fultoned outta here. Just Cause 3? Demolished. So which one is it? Life is Strange? The Witcher 3? Perhaps GTA V?? Head on in to find out your winner of the 12 Games of Christmas! 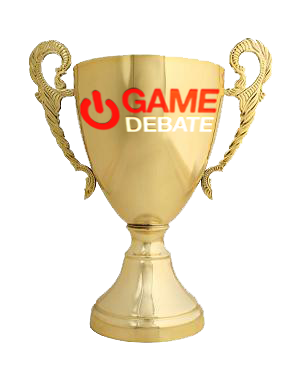 And the Winner is: The Witcher 3: Wild Hunt

Or at least, I hope it is. At the moment I'm probably knee deep in mince pies and beers, but when I wrote this earlier it looked as if The Witcher 3 was going to take the crown. If it's wrong I shall fall on my silver sword in disgrace.

It was pretty close, but The Witcher 3 was ultimately a worthy winner in what was a stand-out year for gaming. CD Projekt RED's RPG also scooped up the crown for Game of the Year at the 2015 Global Game Awards, so it's achieved a clean sweep here.   It's little wonder either, as in our review earlier this year we said we:

"can unhesitatingly recommend the Witcher III as yet another on the crammed top shelf of excellent RPGs we’ve seen in the past 18 months. Buy it, buy it, buy it." Read on for more

If you haven't bought it yet of course, there's also been a separate Twitter competition to bag a GD'er a copy of the game of your choice from the nominees! Felix will be in touch with the winner over the next day or so, so keep your eyes peeled on your Twitter accounts.

Thanks to everyone who voted in the 12 Games of Christmas, and we hope you have a great few days over the holiday period! Stay tuned for the Queen's speech tomorrow. Felix is over in the States so we're not sure what time that will be up yet! 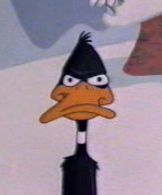 poor games?witcher 3 was bloody awesome.from your username i'd guess you're probably mad about starcraft 2:legacy of the void not being included.well i'm a bit surprised but in no way are these poor games.they're awesome and legacy of the void is awesome but that doesn't mean the rest are bad.

You must be Tal'darim. We Daelaam accept any game wishing to join us. They are honorable games like LoTV. They are Templar as much as we are. They deserved it.

i feel great that life is strange made it to the very end.it definitely deserves it.as for the witcher 3 that was expected.

"yet another on the crammed top shelf of excellent RPGs we’ve seen in the past 18 months. "

Really? Witcher 3 is in a class of its own as far as RPG's go ... especially the recent ones.

Well-deserved! All the games are great, though. By the way:
MERRY CHRISTMAS GD COMMUNITY!

I played both gta v and fallout 4 (best games since the elders scrolls series), but i have to admit that i took good times watching Youtubers playing life is strange, wh&at a good game :)

GOTY doesn't always mean what most people are playing.
If that was the case then Flappy Bird would have won 2013 GOTY :P 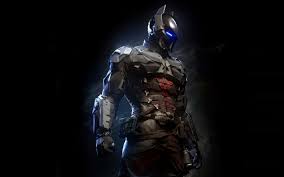 Noting Is comparable to the silver sword :D

This is the only game FOR ME that delivered the hype :)

it was ever a doubt ? if anyone think otherwise they didnt play the game or they just dont like this game ganre, thou it kinda have in it from every genre, thats why it is in my opinion best game ever

Said it before witcher 3 wins

Really??? DAMN! And I thought Life Is Strange was the best game of the year... Guess will have to try a game that's better...

Life is Strange has, probably, one of the best stories for games of this decade. Trust me, I cried. It was amazing. (Pricefield all the way) But, Witcher 3 had more content than LiS and more gameplay as well. They are both great games, but Witcher 3 Obviously takes over LiS.

Folks weren't kidding when they said Witcher 3 was gonna be GOTY even before it was released.
GG CD Projekt Red 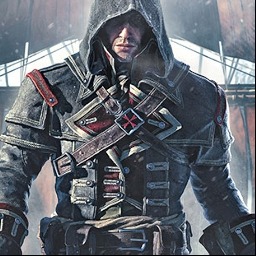 Geralt will be pleased :P

it was obvious. :D

but seriously The Wither III is one impressive game :D

Was there ever any doubt?

Witcher takes the cake I believe. The story is compelling, interesting, well written. GTA is fun.

I knew it the moment I started playing it when it was released.

Well at least you weren't crashing and losing saves :(

Truth be told I had nearly no problems...I had only 2-3 crashes but I save like a freak and I lost nothing :)) The games had very few bugs for me, don't understand why so many people encountered so many. After I finished the game, a week I couldn't do or think about anything, no game did that to me before, for me it's the best game ever :D