Final Fantasy IX is the best game in the entire long-running series from Square Enix, and don’t let anybody tell you any different. It’s a heck of a lot better than that Final Fantasy VII muck anyway. Excuse me while I just run for cover, the nostalgia is strong in this one.

Anyway, FFIX is pretty great, but up until now there’s been no way (legally, at least) to play it outside of PlayStation platforms. That all changes this month, with Final Fantasy IX finally gracing PC. Much like FFVII it’s been given a bit of a once over for the port, with updated character models and high-definition cut-scenes.

I have to say I like the look of the up-ressed character models but they do look a little out of place against the blurry pre-rendered original backgrounds. It seems a little churlish to complain when this classic’s finally making it over to PC though. 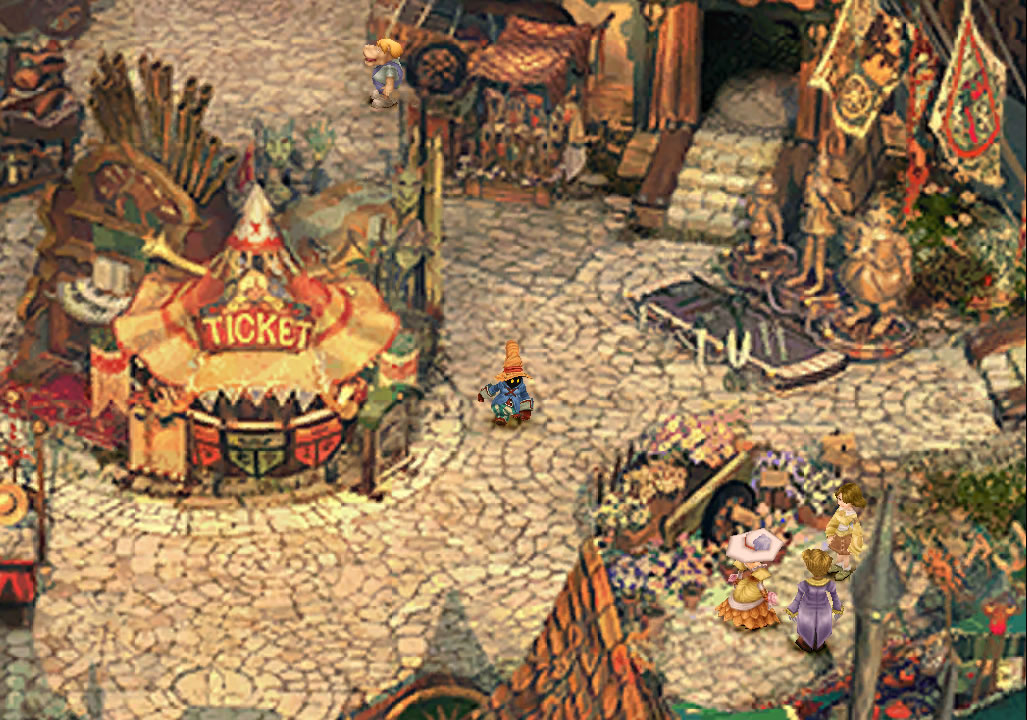 Other improvements include the option to increase the speed of battles and animations so you can whizz through FFIX quicker, as well as a toggle to turn off random battle encounters. They both sound like absolute god-sends, and should eliminate the time-wasting complains often levelled at the JRPG.

Lastly there’s the system requirements and these are of course very low...

These system requirements are clearly a bit slapped together because Square Enix are sticking a DX11 minimum requirement along with a DirectX 10-capable graphics card. Expect pretty much any old graphics card to be capable of playing this, likewise with the CPU. The only real eye-opener is the 20GB installation size, which is massive for such an old game. It came on four CDs originally, but the bulk of this size is probably down to the remastered HD FMV cut-scenes.

That's the vast majority of the Final Fantasy games over to PC now, with just a few hold-outs to remain. Steam Database updates have pointed towards Final Fantasy X and X-II HD to be the next to make it over.

Are you going to boot up this JRPG classic? Or are you just waiting on that inevitable FFXV PC confirmation?

ff7 is in the remaking but as far as i know its ps4 only?

Literally just replayed it via an emulator (I have a PSX copy physically). Poor timing for me.

I have to ask how a PS1 game is stated to require 20GB of storage.

I can't for the life of me think of where they got that supposed extra 18-19 extra GB from.

Probably the Movies, up-scaled for 1080p. The PS1 has 4 Discs, don't forget about that and 90 Minutes of Cutscenes :)

Nice, still have this game on my PS 2. I enjoyed the fact that this game was more like the old ones on the SNES, but for my taste it was one of the weaker FFs.

i'm am REALLY excited for this, haven't played FFIX since i was like 5 or 6.

shame i have to revise for my GCSE's, i'd be playing this all day.

This is one of the only FF games I've never played. I love how PC is now getting all these JRPGs now. Tales of Symphonia comes out next month and that's one of the best JRPGs of all time imo.

Remember when PC had almost no JRPG games? Now we keep getting them left and right and that's awesome!

This is also my favorite Final Fantasy title. The only thing I didn't do is get Steiner's sword (Excalibur II ?), in which you have to get to a place in 12 hrs or less

yea the final dungeon is where it was located.... if I remember correctly

Yeah, it wasn't worth it anyway. I mean, it was really powerful but you only got to use it for a little bit of time.
My most rewarding experience was playing Chocobo Hot & Cold and acquiring all sorts of weapons :D

Well the only thing that I wanted from it was a skill that you could only get from that weapon :(

how dare you insult final fantasy vii?you just wait till i get my extremely impractical buster sword.

Strange that you would choose clouds weakest weapon, Irtesam. :)

i always thought the buster sword was one of the most impractical things ever.it has literally no edge and yet it's the most iconic one.but it looks like it's really linked with cloud now.

I agree. That weapon is absurdly large and impractical and is one of the most memorable weapons in ff7. Whenever I thing about ff7 the buster sword is one of the things that comes to mind first. :)

OMG I can't wait! I loved playing this on the original playstation! Now I'll get to enjoy it's amazingness once again!

I agree with you Jon. The Sprites of the Models are way too lively for those blurry environments but I don't remember the environments looking so blurry..?

Final Fantasy IX is a great game but it becomes really easy once you get your hands on Auto-Regen :P

Regardless this means any modern gaming PC should be able to run this easily.

agreed the environments look the same as the ps1 version except the sprites.they don't appear to have done much upscaling.

I really wouldn't pay much attention to them!

It's just the original. Squeenix lost the original datafiles as they did with FFVII, hence why the backgrounds will always be rendered in 320x or something like that. And these req's are stupid. You can emulate PS1 on a Pentium 2.

No exclusive is forever
Better late than never

how the hoy is that dx11

What year is it?