Ubisoft is ramping up its VR support, announcing a new partnership with SpectreVision, a virtual reality production company founded by none other than Elijah Wood. Yes, the hobbit. The aim of the deal is to develop interactive virtual reality content, presumably tied-in to Ubisoft’s current franchises.

I’m okay with that, as long as it’s a heck of a sight better than that god-awful Eagle Flight Assassin’s Creed spin-off that got trotted out during PlayStation Experience. Few times have I seen a studio so totally miss the mark with VR than that. Anyway, Ubisoft did actually make a VR Jack the Ripper DLC trailer for AC: Syndicate, and that was pretty neat from what I saw in boring old monitor-o-vision.

"We're thrilled to partner with an industry leader like Ubisoft to explore the innovative and burgeoning technology that is virtual reality," says SpectreVision's Lisa Whalen. "The diversity of Ubisoft's portfolio of titles, from Assassin's Creed to Zombi, makes for an ideal partnership with SpectreVision's varied creative vision.”

“Their expertise in the horror film genre is exciting for us,” says Patrick Plourde, VP of Ubisoft Montreal. “We’re looking forward to a collaboration that will ultimately offer fans an unforgettable virtual reality experience.”

It's interesting that Whalen names Zombi. From the looks of it SpectreVision specialises in horror, and I think this is a hint we could be seeing a bit more of the flesh-eating franchise soon. At the moment though we can't even decipher where this partnership is for games or they're just sticking to video content.

So there you have it then, Ubisoft is beginning to invest the big bucks into VR. But, and here’s the big question, which of Ubisoft’s franchise would you like to see explored in VR, and how?

Why did Frodo start a VR company :/? 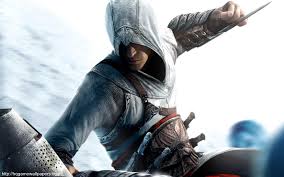 i am pretty sure gandalf is behind this

industry leader hahahahah what a joke.anyways it's finally happening.the hype is real.although im already imagining the godawful performance assassin's creed vr might have.

I'm fine with VR starting to become main stream, I'm not against it, I encourage it to be honest, as long as it doesn't go to the console route.