GOG Gets In On Early Access With Games In Development Service

Here’s one to wrap your head around. GOG, yes, the company formerly known as Good Old Games, is getting in on the Early Access craze. Kicking off the initiative yesterday, you can go onto a digital store that made a name for itself selling old games, and buy games that aren’t even finished yet.

The big difference between GOG’s Games in Development program and Early Access, of course, is GOG’s DRM-free policy. Any game coming to GOG.com as a Games in Development title will be totally DRM-free, to do with as you wish. Second to this, there’s also going to be a 14-day, no questions asked refund policy.

So if you pick up an Early Access game and it’s not, for whatever reason, living up to your expectations, you can grab an instant refund. Which is actually a very bold move for a DRM-free site. With no anti-piracy measures on the game you’ve downloaded, there’s nothing to actually stop you from grabbing a refund and keeping it. It’s a clear sign GOG chooses to trust its customers rather than automatically distrust, which is a win in my eyes.

For day one there’s just a selection of five games to choose from, all with discounts, but this list will obviously be expanded going forward.

I think my key takeaway from this is STARBOUND IS STILL IN DEVELOPMENT?! Fair enough, but that game’s going to feel positively ancient when it actually launches. Heck, it does even now.

Anyway, it's a start then for GOG's Games in Development program, what do you think? Will you be opting for those over Steam Early Access thanks to its generous refund policy?

oh yeah i want to try out ashes of the singularity.

Always nice to see some more competition for steam:D 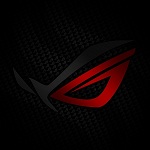 and here i thought gog was pure...

Don't just dismiss it like that. Note: DRM-free and no-questions-asked refund policy. Of course, it may not work out, we'll just have to wait and see.