For as much as we’ve heard Microsoft sing the praises of DirectX 12 and its potential, we’ve still seen little hard evidence of what the new graphics API is capable of. The first game to really put it to the test looks to be Fable Legends, which arrives this summer in open beta form on both PC and Xbox One.

Microsoft reckon it’s going to be one of the best looking games ever, made even better by the use of DirectX 12. Speaking in an interview, developer Lionhead Studios’ director Stuart Whyte said the use of DX12 resulted in “a significant [increased] amount of horsepower – resulting in increased visual fidelity, higher frame rates, and improved shadows and effects.”

That additional horsepower comes from the use of various new techniques exclusive to DirectX 12, including low-level hardware abstraction, draw call overhead reduction and potentially even multi-adapter. What it all means is that with a bit of streamlining, your system has freed up additional resources to tackle other tasks - in this instance boosting Fable Legends’ visuals.

Depending on the hardware you’ve got, Whyte reckons you can up to 40% faster performance in DirectX 12 over DirectX 11, which seems to be an impressive jump if true. That’s not limited to PC gamers either; Xbox One performance has seen the visuals upgraded on Microsoft’s console, making use of efficient multi-threaded rendering and asynchronous compute to deliver visuals which can give the PlayStation 4 a run for its money.

Fable Legends is coming as a free-to-play game so there's no reason you can't give DX12 a whirl when the open beta arrives, aside from needing a Windows 10 installation. League of Legends is cited as the inspiration for its F2P mechanics, so I guess we can take heart it may not be a micro-transaction fuelled cash-grab.

This is just blatant misinformation. The PS4 is absolutely faster than the Xbox One. The PS4 has 4x as many asynchronous compute engines as the XBox. Nothing gives the PS4 a run.

I feel like this hasn't really addressed the root problem with this game, which is that no matter how pretty DX12 makes it, at the end of the day, you're still playing Fable Legends. Nobody is really that excited for an Evolve clone, no matter how nice it looks.

Well evolve costs a ****tone and this is free to play so it has some saving grace.

"League of Legends is cited as the inspiration for its F2P mechanics"
I've been playing LoL for >5 years now and it's no where near a fair F2P model.

what are you talking about who gets advantage with money in lol?

It*s not fair as in you have to drop $ on the game in order to actually be able to play it.
There are over 120(!!!!!!!!!) champion in this game, it's downright ridiculous to assume you can unlock them all or even TRY them all IF you are starting to play this game TODAY.
As I said I have been playing since season 1 so I pretty much had all champions at all times of the game since the start of season 2.
But if you start the game today, it's one hell of an unfair F2P model.

You should be able to unlock all champions within playing 1000 normal games IMO.

@myrmiron your point it that valid be cause even if i start to play today i am not going to go out of my way to play 120 champions from a-z do you even know how much time it takes to play 120 games? And there are free rotations if you want to test champion. Also i play like 10 different champions max and i have half of them unlocked

Any news about nvidia and dx12? Haven't heard anything since the Ashes of the Singularity....

Well those are just words i ll believe it when i see it for my self. :) All we can do is just hope everything is true about dx12. ( i ve seen the draw calls video on youtube that was impressive thou)

Fingers crossed, but gameplay-wise I bet it won't even hold a candle to The Lost Chapters...

its not even same type of game

(I generally don't look into games too much before their release nowdays because they change so much!) 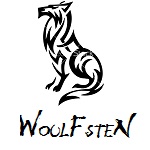 We can't compare the performance of dx12 until a dx11 game gets upgraded to it.I think i'll wait a bit more till upgrading my PC to windows 10.

but this game is going to release on win10 and xbone only right?, So it will probably dx 12 only aswell so we still won´t be able to directly compare dx 12 to dx 11 in a real game.

Is this a reason to get Win10?

It's a reason. But it might not be a good reason, we'll have to wait and see.

They're are plenty of reasons to get Windows 10 (and plenty of reasons not to). I myself haven't had any issues since Windows 10 release other than a few minor bugs (which have already been squashed). If you're waiting on DX12 to be the reason though, I'd wait a little longer. DX12 is still a while out from properly being implemented in a lot of games. There is probably only a handful of games coming out this year with DX12 support.

I wish that were my experience. I've had a lot of major issues with bugs in Windows 10, most infuriatingly a recurring bug in which the start menu won't open when clicked on. And yes, I've tried all the easy-to-google fixes, and neither they nor a system-restore ever fix the issue. I need to do a clean instal to get rid of it, and it always come back eventually anyway. On my 3rd clean instal.

It hasn't been a smooth ride for me either :(

A clean install will probably help. Honestly, as soon as I did the free upgrade I immediately clean installed after just to be safe.

games like this are the only reason.win 10 is crap and if dx12 doesn't deliver better roll back.

Seems perfectly fine to me. Some minor annoyances, but nothing that makes we want to use an older version. Onwards!

I agree with you Jon. Nothing has made me wish I had stayed on Win8/7. Everything (in my opinion) has been better than the previous Windows.