That's the Platinum of Bayonetta, Vanquish, and Transformers Devastation fame. Fingers crossed then that Mutants in Manhattan lives up to its potential, with four-player co-op action and slick combat lending hope to what could be a franchise high. Before you give Michaelangelo, Leonardo and Donatello a ring though, check out the official TMNT: Mutants in Manhattan system requirements to see if your rig is up to the task.

While we haven't heard confirmation as such, everything points to TMNT: Mutants in Manhattan running on the exact same game engine which powered last year's Transformers Devastation. That means a very reasonable set of system requirements right down at the lower end. This is aided by the cartoonish, low-poly visuals which not only look great in context, but should also help a wide range of systems hit that all important 60FPS needed for a fast-paced combo brawler.

As such the minimum system requirements for Teenage Mutant Ninja Turtles: Mutants in Manhattan are really, really low end. The trusty old GeForce 8800 GT will suffice, and it's difficult to envision any performance issues on this card. Remember this is also a game set to to come to the older consoles, so it can't be too demanding. Likewise just 1GB RAM will see you through, along with an ancient dual-core processor. Our time with Transformers Devastation suggested these requirements are spot on, so we can't envision anybody having problems running it.

There's no recommended specs to speak of, but we've taken a stab at some estimated requirements based on what we know. The minimum specs are likely capable of 60FPS at 720p, but if you want to crank Mutants in Manhattan up to 1080p and hit that smooth 60 frames per second frame rate, you will need some more graphical firepower. Something along the lines of the GeForce GTX 560 Ti or radeon HD 6950 should breeze through Teenage Mutant Ninja Turtles with ease.

Ah, and one last thing. The official sys reqs don't mention it, but Teenage Mutant Ninja Turtles: Mutants in Manhattan will almost certainly benefit from using a gamepad. These sort of 3D brawlers really don't translate well to mouse and keyboard, so if you've got one it's definitely going to be worth dusting off here.

If that's the visual art-style they're going with, I'm not to sure how I feel about it. :/

i shall now dance because i can run a new game, unfortunately non of you can see my sick skillz

no gameplay video, without it there is no point of being interested in it

uhmm, HELLOO , it's platinum games , the creators of bayonetta , vanquish , and metal gear rising which are all awesome slashers ... and yeah the previous tmnt was awful due to it's really low speed and that will be fixed in the new game . 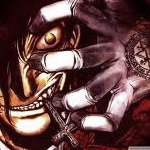 Off topic but thanks....the name of the game that has been bugging me for weeks because i couldnt remember...vanquish lolol