The dust is just beginning to settle after the announcement of Quantum Break coming to PC. It’s a big move on Microsoft’s part, taking a key Xbox One cornerstone and effectively ridding it of exclusivity. We’ve seen already the terrifyingly huge system requirements, but now we can actually wrap our eyes around a brand new Quantum Break trailer and see what the fuss is all about. Or not, as the case may be.

Why should that affect your pre-order? Well Quantum Break is going to be a huge deal for Xbox One owners. They’ve been looking forward to it for years. It’s going to shift millions of copies. If only a small number, say 500,000, were to buy it digitally, that would mean an additional 500,000 Quantum Break Windows 10 keys could potentially be flooding the market. We all know the result when there’s sky-high supply - rock bottom prices. When Microsoft follows through on this deal there’s going to be thousands upon thousands of cheap Quantum Break keys. That would beat spending the likely $60 on the Windows Store wouldn’t it?

Anyway, enough of that, it's trailer time...

Quantum Break is coming to PC and Xbox One on April 5th. In the meantime be sure to check out those huge system requirements for Quantum Break to make sure your rig is up to the task!

Considering the requirements,this better be an in-game footage.

ha! Good one! It even had the stutters built in, in keeping with the requirements!

timey wimey stuff and weeping angels.now what does that remind me of?although i really hope they explain the cause of his powers.the max payne series had a great story so i hope this one follows suit.

At end, when it stated " Time is Power", it reminded me of Watchdogs :P

Ain't that kind of another way of pirating???
Buying from someone other than developer???

Not at all, if you have a legitimate key that's not been used you have ever right to sell it.

If you're actually interested, Polygon did an investigation as to where some of the 'grey-market' codes come from on site like Kinguin and G2A. Some are legitimate, and others, while not stolen, are gotten in kinda shady ways. http://www.polygon.com/2015/2/9/8006693/the-truth-behind-those-mysteriously-cheap-gray-market-game-codes

The system requirements of this game is too much.... We poor gamers cannot afford to buy high specs system I wish they make the game that even in weak pc can work. I know this is a new generation of games and pc. but still it is too much.. 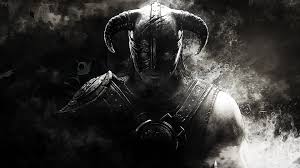 Is five months I made the pc and I see that difficulties can longer meet the requirements of new games.
As much for that game did not see me I have luck

u pc will do fine

Don't take any notice of those requirements

For sure it will. Why wouldn't it?

What will be the price on pc

Well there's two ways you can handle this. Upgrade the cpu, gpu, and maybe the ram, or build a new pc. Make one: https://pcpartpicker.com/parts/partlist

no worry your rig will be fine..now gtx970 are the recommended spec

Remedy clarified that an i7 and 980Ti would be for ultra settings, not sure yet if they're for 4K or 1080p.

Those are a lot more logical.

the trailer and concept looks great. I think xbox owners should definitely preorder this game to get the PC key as well. And if you have a gaming PC as well you can play of both if you want (different places for example) since the 2 versions share saves. or you can sell it if you dont want it. BUT there may be a problem. The key for the microsoft store may be activatable only by the same microsoft account that has it on Xbox, aka the original owner. I havent read this anywhere, this is just my own speculation. If this isnt the case I ll be grabbing me one of those keys.

P.S. isnt that guy playing on X-men? I think he is.

I hope my rig can play it smoothly

relax guys. He is playing on a very big resolution. No need to downvote him to the depths of the earth.

or want me to say hope i can play it smoothly on 4k ultra settings with 100fps then it not fishing?

if this game are not optimize even with titan x sli i will had a problem and got below average fps and performance so i need to lower the resolution/settings to play it at a acceptable fps..
community here also the same as in my place..i though more open minded and advanced..
when see some guys with high end PC you guys though he was trolling or fishing..

If i say the same words when i still using my old rig that is amd 43xx/6300 maybe will not get a down votes..

Some people assume every single person with a Titan is showing off. This mentality must end.

exactly look at that res.this is exactly why i don't show my desktop.people just think you're some sort of rich showoff downvoting you for no reason.if it's an ac unity then i doubt he could get 30fps on that res.

My bad, i didnt even look at your res. i apologise and hang my head in shame. I am usually fairly rational but that comment was flippent and undeserving. I shall take my red face and leave now (and remember to check peoples specs properly in future).