I remember going into Game to pick up my pre-order copy of World of Warcraft way back on February 11th, 2005, when I was 16. I had no idea that more than 11 years later it would still be rocking out with millions of paid subscribers. Blizzard's MMORPG has had its ups and downs over the years, but things look on the up once more with the imminent arrival of its sixth expansion pack.

World of Warcraft: Legion raises the level cap up to 110, introduces the new Broken Isle area, adds the Demon Hunter hero class and introduces nine 5-man dungeons and two raids. It also comes with a bit of a graphical spit and polish, patching over the creaking cracks of this decade-old game. As such that trusty old GeForce 8800GT just won't cut it in any more, so you're going to need a more powerful rig if you want to keep raiding. Find out just what you'll need with the official World of Warcraft: Legion system requirements.

Right, sorry for the absolute wall of system requirements coming up, but it gives you a good idea of just what the leap in requirements are for the World of Warcraft: Legion expansion pack.

World of Warcraft never was a really demanding game, and Blizzard's aim has always been to get it running on as wide a variety of systems as possible. Unfortunately every so often some hardware needs to get let behind, and that's the case here with WoW: Legion.

Laptop gamers are probably going to be hardest hit here as you can't just go out and a cheapy new graphics card or processor to give yourself a boost, and WoW's always been perfect laptop fodder. If you're running with an Intel integrated HD 5000 graphics or lower, your time, it seems, may be up. There's still every chance you continue doing solo and small group content with older hardware, but those 40-man raids could be of reach.

Despite all this, anyone who games primarily on PC is almost certainly going to have a rig on or around the recommended World of Warcraft: Legion system requirements. They're not particularly high, so it's only really going to be a problem if you've got a creaking PC that you've been gaming for five years+.

good thing blizz just gave me the 6 month bann after i got hacked... told me they restored the things but still banned since the hacker used some kind of bot or cheats ... will be back for legion in september

this is the first time i see something that actully has the radeon r7 260x and the 750 TI. WOW.pun inteanded

hes talking about how the new requirements have left him behind. he can run it now but after this exp, he wont be able to run it like he did before.
still, he could drop the resolution down to see if that helps.

And this is why I don't post when I'm nigh exhausted. Didn't even notice the change in DX until it was mentioned.

Almost a decade ago it was the world's fastest card..

My GTX8800 still has a place in my heart and a place on the top shelf of cool things to look at.

That's probably a problem actually. Laptop might struggle with its celeron. It was pretty playable for WoD, so hopefully it should be plenty good for Legion. 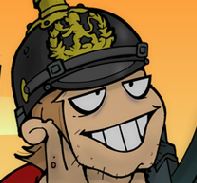 I just looked up the original requirements. You could run the game on windows 98 with an 800MHz processor, 256MB of RAM and 32MB of VRAM.