Microsoft's PC initiative is certainly shifting up a gear in March, with Killer Instinct and Gears of War: Ultimate Edition leading the charge. The latter we already know all about, but at long last Iron Galaxy Studios has seen fit to release the Killer Instinct system requirements.

It may not have the unabashed violence of Mortal Kombat, or the eSports fame of Street Fighter, but Killer Instinct has carved out its own sector in the Xbox One fighting game market. Featuring some beloved Microsoft IP including Halo's Arbiter and the bizarrely popular Battletoads, Killer instinct has two players duking it out with some fast paced fighting. Oh, and it's free-to-play, so there's no harm in giving it a go. Before you click download later this month and suck all that bandwidth up though, pay heed to the official Killer Instinct system requirements to make sure you're good to go.

Now, I'm not saying Killer Instinct is a bad looking game, but it's definitely not great either. These system requirements give us some respite from the sky-high ones coming from Microsoft fare of late, but they're still pretty hefty for a fighting game.

Once again this is going to be Windows 10 Store only, so Microsoft's latest OS is a must if you want to have any chance of playing Killer Instinct on PC. While the minimum requirements for Killer Instinct aren't enough to give undue worry to most, you are going to need a decent mid-range sporting the equivalent of a GTX 480 or a Radeon HD 5850. Likewise, both the Core i7-750 and Phenom II X4 955 are very capable CPUs, even today.

Luckily there's not a very big jump up at all to the recommended specs, but there is a strange gulf in processor demands. The Intel Core i5-4670K massively outclasses the AMD FX-4300, so I'm not quite sure how these two have become partners in crime. If an FX-4300 can do the job then expect an i5-3330 or so to be more than up for the task.

It's also worth bearing in mind that developer Iron Galaxy is the same port house which brought Batman: Arkham Knight over to PC. Make of that what you will, and it's obviously no definite indicator that Killer Instinct will perform badly, but I think it's an interesting nugget.

One last thing and that's the controls. A fight stick is obviously the preferable way to play, but other than this I'd have to recommend a controller with a solid d-pad. The d-pad on the Xbox 360 controller in particular is an absolute pile of ass, so you may struggle to pull off combos with this.

oh lord no jesus no

And once again Microsoft alienates gamers.

I'll be looking for it a year after it's released!

Cool, used to love this on Snes back in the day, probably give it a go seems how it's free.

oh wow.. this is good

"Today i have a dream that arkham knight pc port devs can actually port games." 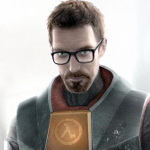 They've done some pretty good ports to be fair to them: Bioshock Infinite, the original Arkham Asylum, City, Enslaved: Odyssey To The West. Who knows how they screwed up so much this time.

so we are going to have the arkham knight debacle again....console is better performer than the pc version, we need better specs than is listed to help lessen the performance hit, pulled from the market and then released only to have performance not be any better for the majority
thanks but no thanks
fool me once, shame on you....fool me twice, shame on me

Maybe they didnt have the chance to test the game with a more powerful FX CPU. Unsurprising from a studio that loves the pc platform.

no quantum computer requirements, what is this madness

I know right? Now I'll look like an idiot when I have to reverse my order to google for a $1 bajillion quantum computer...

I though it was Quad Titan X..

Looks like they learned from their mistakes. Otherwise we would see "i7 4790K ti16GB Ram recommended".

Somehow i managed to make a huge spelling mistake.