Battleborn System Requirements Have Come To Loot Your Gaming Rig

If you hadn't guessed from the title, the lords of the loot shooter have returned with Battleborn. Worry not though if you haven't got the high-end gear though; Battleborn adopts a familiar cel-shaded art style meaning it packs a very reasonable set of system requirements.

While there were plenty of people holding out hope for a Borderlands 3 which has yet to appear, Gearbox Software flipped things around a little with the announcement of Battleborn, a MOBA shooter with a hefty co-operative focus. Clearly learning many a lesson from Borderlands, Battleborn is about crazy powers, insane characters and a gloriously varied selection of weapons.

With a deep story mode, 5v5 multiplayer and a deep character progression system across all modes, there's a huge amount for Battleborn players to get to grips with when Battleborn strides onto PC come May 3rd. Ahead of then though you can check out the official Battleborn system requirements to ensure your gaming rig is capable of playing Gearbox's latest.

Now that's a very reasonable set of system requirements. We'd expect no less from the minds behind Borderlands of course, and the cartoonish visuals looks to have gone a long way in ensuring Battleborn works across a wide range of systems. The only real bone of contention we have is with the processors. The minimum Intel CPU is in fact more capable than the recommended, while the AMD pair are an even match. The upshot of this is that Battleborn shouldn't be CPU limited as long as you can match any of the relatively old processors on offer here.

The 6GB minimum RAM requirement might spec a few people out of Battleborn, but in truth 8GB really is a necessity for a gaming rig these days.

When we look at system requirements it's usually the graphics cards which get the greatest focus, but it has to be said Battleborn's GPU demands are very, very low. The recommended is the same as Hitman's minimum for instance, so you can still get decent performance out of mis-tier graphics cards 2-3 generations old.

One last to highlight and that's the installation size. Battleborn is an absolute monster at 70GB. That's the joint largest game yet released on PC, so expect a hefty download. Should you want to you can opt for a smaller 50GB download, but that likely comes with lower resolution video and possibly textures.

Remember, you can always check out how well your PC can run the Battleborn Requirements here, where you can check benchmarking and performance from other users. Compare your graphics card to the Battleborn GPU benchmark chart. 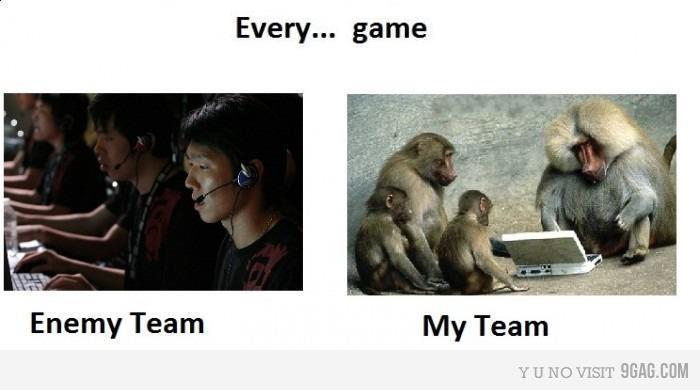 specs are great but why 70 GB. I would get the game on Disc if i had to and cheaper price but cant wait for it to come out :)

70gb of hdd space . Woo need to get couple of more TB'S of hard drives

Does the recommended setup include max graphics, 4k resolution, and constant 60+fps settings? This should be the goal for all future pc gaming Recommendations!

I'm almost to 6 grand for my new beastly gaming/workstation, and I will buy Nvidia, intel's newest high end parts by the end of this year or mid next year

the requirement is so good , but lol hard drive 70GB o.O