There’s been a lot of question marks raised about the PlayStation VR, not least how it manages to provide a supposed high quality experience on a cut price console. Priced at $399 and significantly undercutting the $600 Oculus Rift and $800 HTC Vive, Sony’s been working its own brand of black magic once again.

The reaction to PlayStation VR’s price point has been swift yet unsurprising - Amazon has been reporting almost instant sellouts worldwide, and from the sound of things other stores aren’t faring too badly either. But just what is PSVR and how can the humble PS4 power a 120Hz 1080p display. We spoke to VR expert and VR World Congress organiser Dan Page for the full tech breakdown….

First things first, what sets the PlayStation VR headset apart in technical terms. “There's a lot to talk about here - as it's powered by the PS4 you'd expect a huge compromise in terms of performance compared to the Rift and Vive, but some very clever thinking from Sony has meant this isn't necessarily the case, or at least the consumer won't feel like it is anyway,” explains Page. 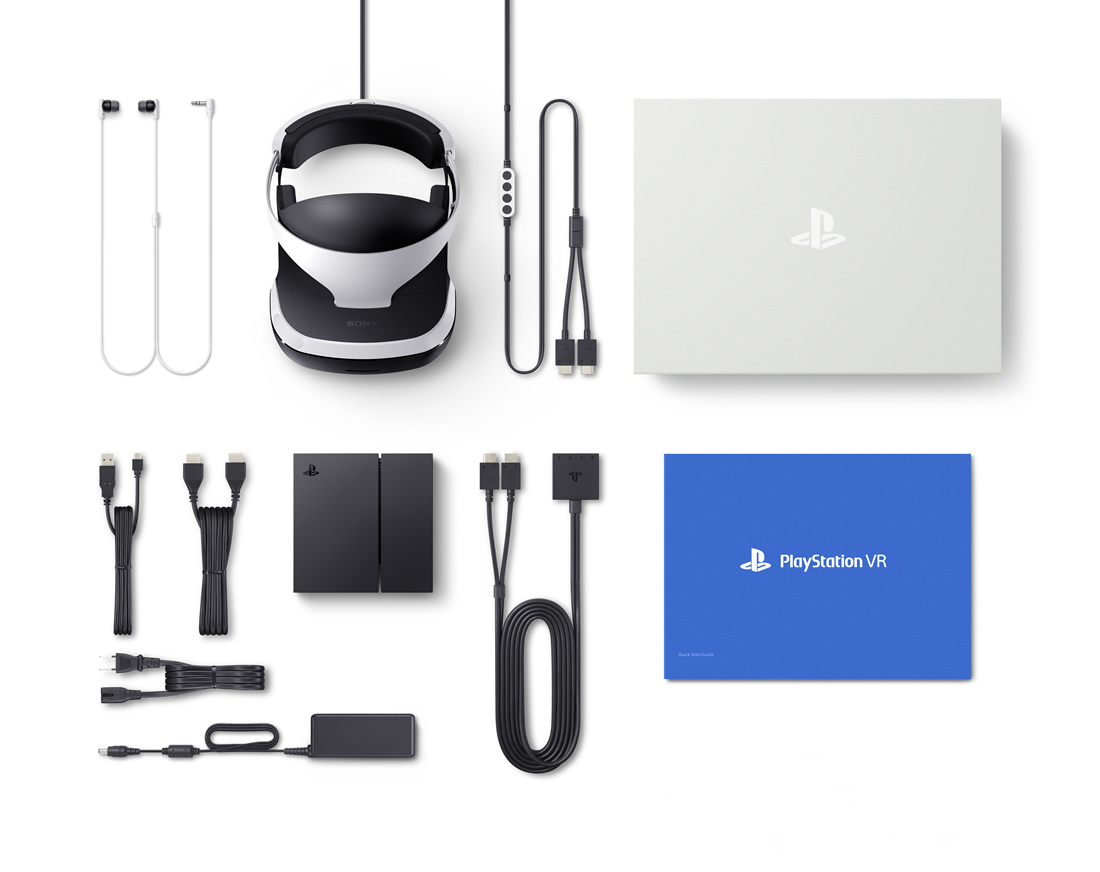 “Framerate has always been an important topic in the games industry but the rise of VR has practically, and sometimes quite literally quadrupled our demands of it. While the HTC Vive and Oculus Rift run at 90hz, and the Gear VR at 60hz, the PSVR comes out on top by being capable of displaying at 120hz in three different modes. Why is this important? To put it simply: a higher framerate, when combined with the necessary low latency, is less nausea-inducing than a lower framerate. High-end device manufacturers have effectively set an industry standard at 90hz as an absolute minimum, while the mid-range Gear VR sits at 60hz.”

The modes in which the PSVR displays its frames are as follows:

“This means some developers will chase a native 120hz with clever optimisation and/or low-poly graphics, while others will shoot for the are more achievable 60hz by relying on Sony's "asynchronous reprojection", says Page. "Others, however, will go for a native 90hz, the same they'd be aiming for when producing content for the HTC Vive or Oculus Rift, albeit on much more powerful hardware." 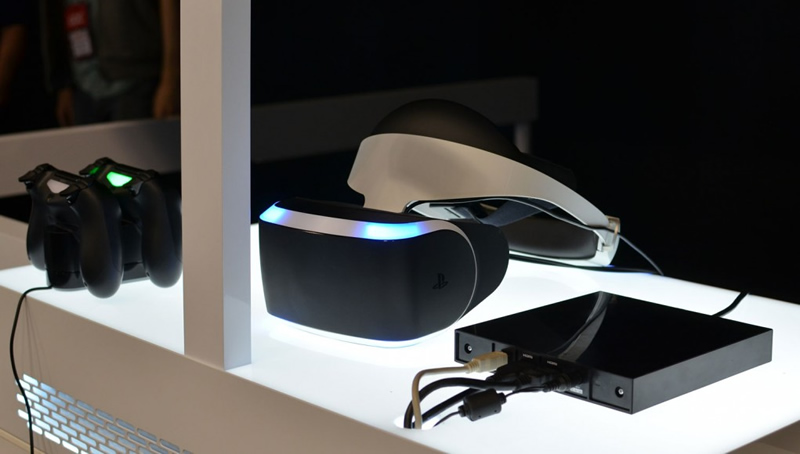 As for what asynchronous reprojection even is, Page clarifies “It's what Oculus chooses to refer to as "asynchronous timewarp", and to quote Oculus's Michael Antonov "Asynchronous timewarp (ATW) is a technique that generates intermediate frames in situations when the game can't maintain frame rate, helping to reduce judder. However, ATW is not a silver bullet and has limitations that developers should be aware of.”’

“The PSVR also differs to the Vive and Rift in that its display uses a single horizontal screen which splits the image into two, as opposed to the aforementioned headset manufacturers' choice to go with two vertical screens. This means IPD (Interpupillary distance, the distance between each eye) will be dealt with using a slightly different mechanic to the other headsets - i.e. not by moving the distances of each eye's screen.

In comparison to the other major headsets, Sony opted to go with a significantly lower resolution screen than the HTC Vive and Oculus Rift. You would expect this would mean a bigger issue with screen door effect seen in some headsets (especially older prototypes). Not necessarily. According to Sony’s Dr. Richard Marks: "Not every 1080P is the same. Ours has three subpixels per pixel, so there's a true R, G and B for every pixel; some of the other displays actually don't have the full RGB for every pixel, so they have less subpixels per pixel. The frame rate of PSVR is also very high, but probably the biggest effect is the optics. The designers have done a really good job at matching the optics to the field of view to the screen".

Then there's the external processing unit, which, ever since it first spotted, has been a bit of a mystery. Various sites have rumoured it to be doing all sorts of different things, including serve as an extra GPU, but in fact it does three things to aid PlayStation VR:

So to clarify then, the external PS VR processor does not provide any additional GPU or CPU horsepower directly to the PS4 whatsoever. It is merely there as a means to convert the image. The PS4 is perfectly capable of outputting at 120 frames per second on its own, but it's up to the developers to scale the visuals down to hit this target.

In terms of whether this technology can be taken and applied to PC, it’s a difficult task. The vast number of different configurations makes optimising for any one a tricky task. The very reason such tricks are employed for PS VR is because the PlayStation 4 lacks the necessary computing power. Compare this to PC where performance can be brute-forced and you begin to see how PS VR and the likes of the Oculus Rift and HTC Vive differ.

After reading through this article, all I can say with absolute certainty is this; Richard Marks is truly a master of talking in circles and sounding extremely knowledgeable, despite saying very little that either affects the consumer or helps to explain a damn thing about their product....

But will it run crysis?

Did they also research how it stimulates epilepsy and causes neck strain problems?

I understand that the PS4 recently had a 7th core unlocked, I'm still fuzzy on what that means, so does this mean that they'll unlock the last core for the PSVR? I don't see how that would help either since it's the HD that's doing all the visual processing. All of this still sounds suspect, but we've all been amazed by underdogs before.

Meh, seems like this is to be the likely outcome. Realistically the only workaround to getting all 8 cores available for game power would be to have the OS drop into some sort of suspended operation or hibernation while a game is running. I don't have a PS4 or Xbox One so I can't say how invasive the OS is on these consoles; I've only got a Wii-U, and I virtually never see the OS unless I choose to. Even loading up, I can quick-start from the gamepad...so OS = very low-key.

Frame interpolaton does have a big drawback in the form of latency. Not an issue for movies and such but VR with a delay seens really inpractical to me

If it's like 'time warp' then it's extrapolating the next frame rather than interpolating between the previous two. It won't increase latency, but artefacts (de-occluded geometry, certain moving objects, eye-vector calcs) may appear.

ah so basically asynchronous reprojection is nothing else but frame interpolation,
well played, it's practically same what TV offers as smooth motion - to be honest I'm surprised Microsoft didn't come up with this idea upon Windows 10 launch lol xD

I thought they were very particular about low latency (which is what you sacrifice when doing frame interpolation).

depends how quickly the renderer guesses the interpolated frame, of course if it compares incoming frame, then the resulted framerate is delayed :)

so if they just guess the next frame based on the previous few frames, and the renderer is fast, what happens? does that introduce like some sort of judder if the renderer doesn't guess well?

it will show artifacts, more or less noticable, it's sometimes compensated with adjusted blur or sharpness,
if you wanna learn more, then start at this wiki page :)

Whereas TV frame interpolation uses the (n)th and (n-1)th frame and interpolates between them, 'reprojection' extrapolates the (n+1)th frame from only the last one(s). There are artefacts, just of a different sort. No latency hit either.

seems pretty solid to me. Hopefully this will pressure both HTC and Oculus into bringing their prices down.

Why on earth 65% of ps4 owners have the camera? Anyway the unlucky ps4 owners that I know don't anyway :P As for the move controller I believe its up to the developers so lets see.. But don't people just wonder besides the hype or bait...?

idk why most people have i know why i have the PS4 camera ( my mom liked the bots game that can only be played with the camera :v so she bought one )

I mean consoles struggle to play 1080p @30fps so do you think this "asynchronous reprojection" trick will deliver visuals that current ps4 can handle @fps above 60? Or there comes ps4.5? So that explains MS talking about upgrading X1..

60% have PS camera? Sure, that is why camera sales rise exponentially after PS VR announcement, because the majority don't have it.

With a few words all this sounds like its going downhill and nothing impressive will come out of it. If console users start upgrading they should buy a PC and all this 4K VR upgrading consoles etc is going to be worse than Atari Jaguar...

pc game developers should use these techniques for mid range gamer's to get a good vr experience without high end hardware . Do agree with me or not :)

I agree it would make for a much better experience for everyone, and not just for ones with high end/enthusiast rigs. It would also make VR more accessible. I'm sure devs could make it so that the visuals are not so compromised, yet still be able to run it on VR with desired FPS.

that would require more time, resources and money spent on doing so, I doubt it will happen sadly.

But it should happen :) or else the consoles will rule the gaming industry.

More like the VR industry, which has barely started moving yet.

Low refresh was not good in DK2, that is why Oculus dev decide to get 90Hz minimum, fake 120Hz in 2D games is good but 3D tech play with brain perception and fake 120Hz is a very dangerous move.