League of Legends is constantly updating and changing itself, and in 2015 released over twice as many new champions as DotA 2 did. Each of the newest champions in League have been introduced with new mechanics and features and it can get hard to keep track of who is who so we’ve decided to create an overview for each new champion as they are released.

Aurelion Sol is the latest champion slated for release in Riot Game’s insanely successful MOBA. Sol is a dragon who creates and destroys solar systems. His whole kit revolves around this idea and he’s easily one of the most graphically interesting champions released so far. Read on to find out more about this epic space dragon and how he will play.

As you can see, he sounds as epic as he looks and the little sarcastic touches are brilliant. I’ve broken down his kit so you guys can get an idea of how he will play and what sort of tricks we’ll be seeing once he’s released:

Passive:
3 stars orbit Sol continuously, damaging anything they come into contact with. This will synergise really well with Rylai’s Crystal Sceptre, allowing Sol to permaslow enemies while dealing constant damage.

Q:
This move fires out an orb which travels until it reaches the outer limit of Aurelion Sol (marked by a translucent line) or until it’s reactivated by press Q again. All enemy units take damage and get stunned by the explosion. What’s cool about this move is that if you keep the orb (which is actually a newborn star) within the circle, it keeps travelling and growing until it explodes making for some pretty insane stuns.

W:
This move is the bread and butter of the kit, and simply moves the stars further out so their orbit is larger, meaning the damage can be dropped from further away. It costs mana to have on and is a toggle ability so you have full control over when it’s used.

E:
One of the crazier moves in League, Aurelian Sol’s E passively grants Sol movement speed as he travels in a single direction. When he reaches a certain speed, the skill can be activated to fly in a target direction and will pass over all terrain until damaged or using a spell or movement command will cancel this. This move is going to have some crazy combos with the Q ability for some insane surprise ganks.

R:
Strangely, the ultimate ability is actually quite boring. A directional skill shot, this damages all enemies in a line and knocks back enemies within the outer limit so they’re outside. It looks like it does a pretty serious amount of damage and helps out with landing the orbiting stars and the slow moving Q stun.

So there you have it. We’re getting a really mobile mage with some awesome duelling capability. It’s nice to see Riot doubling down on movements mechanics as the game feels a lot more action packed and exciting when you have more control over your champion as opposed to simply clicking and auto-attacking until the numbers do their job. He’ll be available for 7800 IP (the free currency) on release, dropping to 6300 IP a week later. As always, real money will net you Sol instantly.

His release is supposedly imminent, along with the new patch. Riot have also recently introduced a new TF2 style loot and unlock system, so there’s a bunch of new content for even League veterans to enjoy. 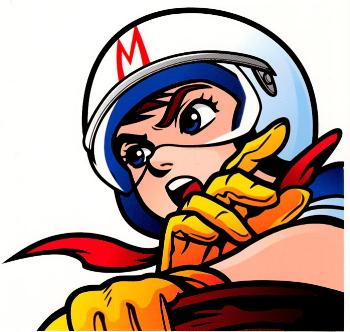 Another reason to stop by, nicely done Game Debate!

Nice game debate, another reason to sop by now!

LoL wouldn't be bad, if it weren't for the hollow-headed children, rage quitters, flamers and constant AFKs during a game. I mean seriously, you sign on to play and you go AFK? This together makes this game become a waste of time. It's practically just luck dependent; whether or not you stay a 5vs5 otherwise it's GG-.-

why would this be here?!

Emm....why dont we see articles like this on dota heroes?
Tbh i dont really understand why a champion spotlight would be on this site,its not like a big update or something but just one champion.

Probably we would see them on Dota heroes as well if someone of the writers played Dota.

TONS of teamfight potential in R->Q->W, could be ridiculously overpowered in the correct situation.
Should be able to bully anyone that has lower range than him, but theoretically gets sht on by anyone with higher range than him (I recommend Ziggs or Xerath vs him).
Looks like a very solid laner and ridiculous teamfighter to me. Try picking wombo combo champs when he's on your team like Miss Fortune, Jarvan, Malphite, Sona etc...

Over all I love him.

ill try him as support .think that it will be op

He goes pretty well with Jhin

I'm enjoying this champ but a nerf should be expected...

This is the first time ive seen League Of Legends on the front page. If anyone on NA wants to add me im Tag Ur Pregnant