Up For Debate - Has A Game Ever Ruined Gaming For You?

It seems a strange proposition, but I was cruising around Game Debate the other day, as you do, when I spied someone saying a certain game had ruined gaming for them. Now it escapes me which GD’er and what game, but it wasn’t because the game was terrible but because it was so great.

They’d played a game so fantastic that it made everything else seem disappointing by comparison. It’s like going from a juicy steak to a Quorn burger. In a way it’s almost a bad idea to even play a game like that. One so superlative that everything else cowers in its presence. There can’t be too many out there like that, but for me it has to be The Witcher 3: Wild Hunt.

CD Projekt RED’s magnum opus hasn’t exactly ruined gaming for me, but it’s certainly put a massive dent in my hopes for any other RPG. The world. The quest design. The incredible characters. The sheer size of the damn thing. I feel a little bit sorry for other games, basically.

Back in December of 2014 I gave a pretty high score to Dragon Age: Inquisition in a review. Going back and comparing it to what came four or five months later, I’d have to knock it down quite a few points.

It’s put a bit of a downer on any role-playing game I’ve played since as well. Pillars of Eternity didn’t stick. Xenoblade Chronicles X felt like it was wasting my time. Sword Coast Legends was like, well, Sword Coast Legends. If you asked me what RPGs I’m looking forward to my answer would basically be Cyberpunk 2077. BioWare has got its work cut out if it wants to get Mass Effect Andromeda anywhere near the levels of The Witcher 3. Look back at that sci-fi trilogy and I don’t think it holds up well to Geralt’s adventure.

So while The Witcher 3 hasn’t ruined gaming for me then, it’s certainly put a dampener on the prospects of other RPGs. Hopefully a lot can be learnt from what CDPR achieved, and maybe, just maybe, something else will come along and ruin gaming for me all over again.

Over to you then, what games have ruined gaming for you through their greatness? Are there any genre kings that have yet to be bested? 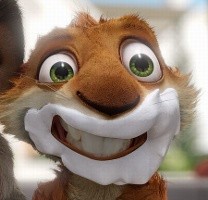 After The Gothic series I could not find any other RPG game which I enjoyed that much. Risen was also fine but not as much as Gothic series for me. Maybe its because I am a lot older atm but I can not enjoy RPG games like before or they do not make RPG games for my taste anymore. And about Withcher, I never had a chance to play the series.

Starcraft broodwar has effectively ruined RTS games for me (including sc2). Nothing else comes close.

ever since i tried dark souls on pc back in 2012 i cant enjoy nothing else but souls series. 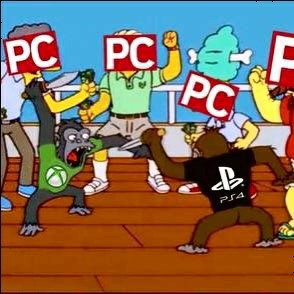 Warcraft 3 did that to me. every other rts feels just "meh" since then

Runescape way back in the day.. Can't play any traditional MMOs now. I tried WoW, rift, ESO, Neverwinter.. But nothing, in my opinion, will be better than good ol' RS in 2005.

Clearly the Age of Empire Series sucked my brain out, my fingers became insanely Sensitive and I am unable to enjoy such similar games like.....

For myself, Sacred ruined RPG's for me. I searched for weeks for a bottle, began searching the map for it, leveled up but i couldn't go any further in the story because i couldn't find a damn bottle. I rage deleted it only to find out it was a glitch and only needed to enter a cheat code. AVP series, at night, alone with my headphones ruined horror games for me, nothing really took the cake after those.

When I lost all my data on Fallout 4 because all my data files decided to become corrupt... I was ready to throw my PC out the window.

Well, first it was Allods Online with its damn good visuals, its amazing classes, PvE and PvP objectives and how hardcore it was that ruined any other MMO for me. Then it was Diablo 3 ( RoS obviously) that ruined any hack'n'slash arpg.

And now its minecraft ruining any non-sandbox games with its massive options on what to do and how to build your own world.

I used to be a gamer like you,then i took an arrow in the knee...

For me, somehow, MechWarrior Online ruined most of MP gaming for me. I just can't play most MP games without any buddies anymore. Wanted to like, even liked Armored Warfare, but i can't solo it like i did World of Tanks in pre-MWO days. Damn.

Yes. The Witcher 3 is so good I haven't played anything else since, despite the fact that I'm tired of playing it. I'll get over it at some point. The game is literally too good.

Have you played the Hearts of STone DLC? That was one great story! :)

S-l-o-w-l-y working on my second game at a higher difficulty. I was also laid up for a few months over the holidays, so I'm just getting back into it. I am looking forward to Hearts of Stone when I finish the second run through, as well as the other DLC when it comes out. You saying it's a great story is going to get me there faster.

Trust me Hearts of Stone is so worth it! I'm playing on Death March all the way, btw. It actually even got too easy on that difficulty for me after about lvl 20-something.
LvL39 is where I stopped on my first playthrough. Finished every quest, explored everything, finished the DLC - just got the last main story mission left before I start NewGame+ :)

I'm the world's oldest gamer, turning 64 in a couple of weeks. I beat The Witcher 3 on normal, now I'm playing it through on Blood & Guts, or whatever the one beneath Death March. It's the first PC game I've ever tried on a difficulty harder than normal. Nerve damage in my left arm and arthritis in my right hand slows me a bit. That and lack of skill :) You got me back to the game, just finishing a boss fight. Working to finish and get to Hearts of Stone!!

I did buy and download XCOM2, but I haven't played yet. I loved XCOM, but just can't get away from The Witcher 3.

Similar for me with The Witcher 3 and GTA V. The games were so epic on so many levels that other games seemed bleak for a while. But I got over it :D

Actually, for me it was almost a reverse story. I know what many people say about it, but Star Wars: The Old Republic is in my mind the best MMORPG out there. I was not at all into gaming, but the story line(s) in that game sucked me in, and that was what kickstarted my adventure into gaming. Now, I haven't been gaming long, only about 3 years, but I still play SWTOR and still consider it one of my favorite games. It did the reverse of ruining gaming for me. There was a point a few months ago where I was burnt out. I couldn't get into any game.

I had put about 50 hours into The Witcher 3 (after playing through the first two to catch up on the story) and then I just quit. I tried shooters, mobile, strategy, RPG, action-adventure; I even started replaying the Assassin's Creed games (Which, I don't care what anybody says, they are incredible. Playing those has ALWAYS been a joy) but even that didn't get me back into it. But I hadn't played SWTOR in almost a year, so I reactivated my subcribtion, and hopped back on there. I completed the story for one of my toons, and created several more to play through. And now I'm back into it again.

LotRO ruined MMOs for me. I haven't played an MMO since even though I wanted to try out GW2. I quit after the subscripsion got ridiculous but I haven't touched an MMO since.The story was just great in it and I love Tolkien's books so it was like the ultimate game for me.

Witcher 3 ruined other games and CS GO ruined my life.

you should check out steam reviews of that game.cs go is the world's leading source of cancer, death and diabetes according to them but 11/10 they'd play it again.