Round-Up Of The Best Gaming And Hardware April Fools 2016

We’ve been drudging the internet for the best of the year’s April Fools gags. Best is putting it a bit strongly though I guess. More like the ones that didn't cause profuse eye-rolling, although there are one or two real gems littered about.

It’s been a bit of a quiet one this year, truth be told, although the usual glut of hardware manufacturers have got in on the act. As per usual they’ve created a bunch of fake products that make us all sad inside when we realise they’re not real. MSI is comfortably the worst offender for that this year with its universal motherboard...

MSI The One universal motherboard

In terms of things that would be handy, a universal motherboard is right up there. This pie in the sky hardware MSI claimed would basically worth with anything. It has a modular component design, support from AMD and Intel, all gens and types of memory, modular slots so you can fit any number of hardware components in, and total water and dust proofing. It is, in essence, perfect. Now stop making April Fools and go and make one MSI. 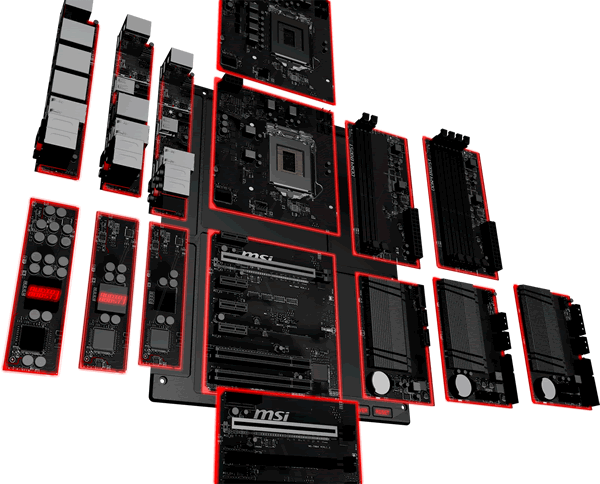 Look we know it’s terrible, but credit where credit is due, they’ve even gone and made a fake grindhouse trailer for the damn thing. A trailer, as it was, that I wish was made into a real movie. Just imagine the bloodshed. 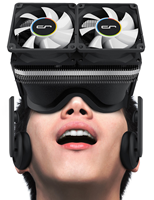 This one seems like a no brainer for those hot sunny days. Cooling specialists CRYORIG pretended to have stumbled on a way to keep those new-fangled virtual reality headsets ice cold, strapping a heatsink and a pair of fans onto the back of the headset. CRYORIG reckon it’ll jet icy blast of air straight onto your eyeballs.

Look, I’ll admit this one had me slightly doubting its April Fools credentials. That’s because Humble cleverly mixed in some April Fools duds in with a genuine bundle. Such classic fonts as Sans Sans (which is exactly that, nothing!) and Unicharacter (a single hexagon 26 times) are available in the pay what you want tier. Things don’t fare a great deal better in the actual paid tiers mind you, including Times Old Roman that is “100% historically accurate.” The fact you could actually pay for an April Fools product blows the mind.

At the time of writing close to 500 bundles have been sold, but it should be said 100% of the proceeds of this bundle go straight to charity, which is pretty neat. 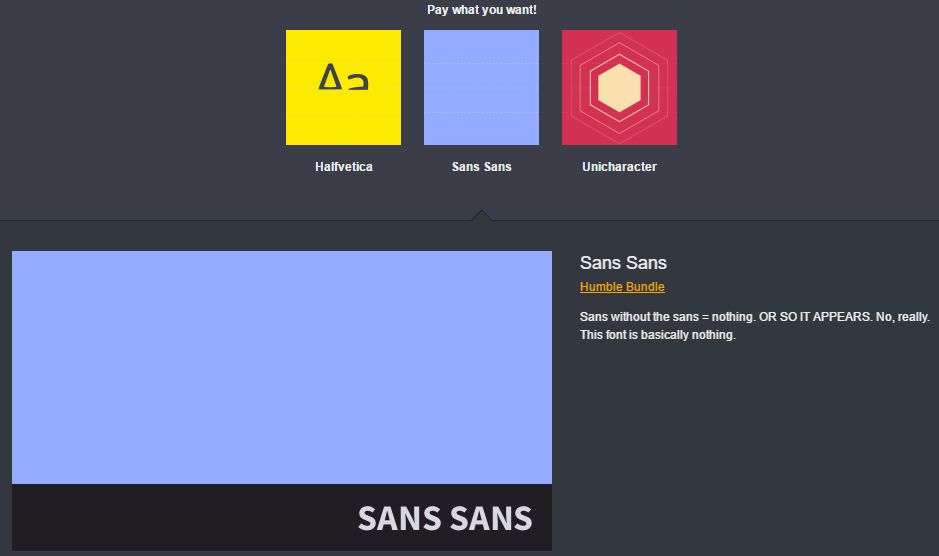 A thing of rare beauty, Geralt's trusty steed is given a greater part to play in the upcoming Blood & wine expansion pack. The sad thing is, I sort of want it.

That's just a few we've seen while perusing the web, what other April Fools have you spotted doing the rounds? Anything out there that actually managed to fool you?

God that MSI motherboard would be just so cool..

Not fair I saw that MSI thing yesterday and the website made me believe it! XD It's supposed to be April fools not March 31st fools!

that roach video was HILLARIOUS. I died laughing.

Ikr? I would kill to have one of those in my PC.

this is literally the best thing i found today on the internet
https://www.youtube.com/watch?v=QMzLUVSzsuE

denuvo is cracked, for more info

It may not be able to run Crysis, but it makes great toast!

the dark souls 3 trailer was the funniest.along with this: http://www.teamliquid.net/forum/starcraft-2/506758-deepmind-has-already-beaten-top-sc2-players