We’ve heard a few times about Final Fantasy XV and the possibility of a PC launch but nothing has come close to an official confirmation. Recently, Hajime Tabata, the director of Final Fantasy 15 revealed in an interview that he is “quite positive about the idea of developing a PC version” but still leaves the possibility as just that - a possibility.

We’ve definitely been seeing a lot more love for the PC platform in general of late. Microsoft have been bringing a lot of their Xbox exclusives over to the platform, and we’ve seen how well received a fully developed PC version can be with Grand Theft Auto 5’s release on PC. That seems to be the plan for FF15 if it does ever make it to PC according to a recent video interview with Tabata. 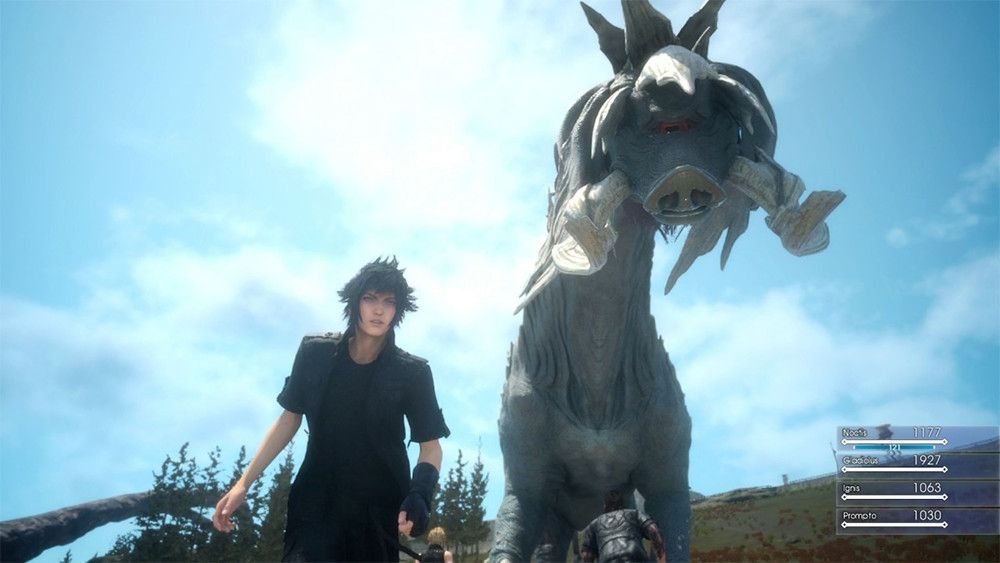 Tabata went on to discuss how the Final Fantasy XV PC version would be “more technically developed” which is an encouraging thing to here in an age where PC ports can often end up being gimped to fall in line with their console counterparts. “This version could incorporate things that we were forced to abandon because of the limitations of home consoles. With the PC, this would be an opportunity to release a version far superior in terms of quality and tech.” Clearly if there is a PC version we can expect to see superior graphics and frame rate at the very least, and considering how gorgeous it looks already it would be something that PC gaming enthusiasts could really get their teeth into.

From the sounds of it, if the PC version does happen it won’t be for a long while. Hajime went on to add that if they did develop it “that the development will start from scratch by doing research of what would be the best technology to use. It might not be a simple port of the console version.” Definitely something that PC gamers like to hear but it also means that it could be at least a year, if not more until we see a PC version. Considering how reluctant Square Enix have been to 100% confirm the PC port, yet again we’re left with simply a maybe.

What do you guys think? Let us know if you’re interested in a PC version of the game and what your expectations for the port would be.

If this gets announced for PC I am going to preorder it immediately. Just to make a statement.

Yep, what's with this 'console exclusive' games anyway?
PC can play games too, and sometimes it does a better job..

most of the times if the developers bother to do their jobs. i think preordering is a nice way to make a statement but it blows up in our face when they release an absolute mess like arkham knight so maybe it's not the best way to do things considering square enix's track record.

well they're considering it. let's look at their previous history: type 0 was 4 years late, x is rumored to launch in 2016 but we are yet to see a launch.even if x does launch it'll be a staggering 15 years late. we still don't have xii and xiii released five years later on the pc. so it's being considered from them is like them saying we're considering releasing this on the pc...in about 5 years.

XIII is on PC (unfortunately)

i did say it was released five years later. i was talking about xii which is still not on pc and x which is rumored to launch this year. other than that they release their games on pc about 4 or 5 years late.

Well they mostly released them like that because they didn't sell well on PC a quite a while back. But the company has changed quite a bit and I find it very likely that we might get it maybe 4-6 months after the release.

when i type from my phone or my laptop im really lazy and don't focus on grammar or punctuation :D

All things aside, WHY is there a pig-headed brachiosaur in that image??!!

I Really want FFXV on PC it will look ultimately beautiful, FFXV graphics is so real like it looks more real than anime, it's graphics are really close to in real life, i can't describe it anymore with words.

I only play the pc version of any multiplat game, except Arkham Knight! I'll never buy that game on any system thanks to WB's carelessness with the pc version!

The game is actually quite stable now, so I wouldn't worry about technical issues at this point, however I'd still advise people to avoid giving WB anymore money simply for the fact that they treat PC gamers like crap, if you want the game the get it for as cheap as possible, no more than $5 (including DLCs).

the game will soon be out and they are still "considering a PC port", if it comes within 6 months of the release of the game I don't expect it to be a good one.

It's possible that they are actually working on it yet don't want to take anything away from the console versions. Not that I actually believe that, yet I'm sure there could be reasons why they wouldn't announce on PC just yet.

of course!!! it would be foolish for such an ambitious,epic game to skip PC platform, where it can shine brightest :)