You Orc To Check Out The Latest Warcraft Movie Trailer

The history of video game movie tie-ins is a chequered one. Scratch that, it’s abysmal. 2016 heralds the arrival of no less than four - Ratchet & Clank, Angry Birds, Assassin’s Creed, and finally, Warcraft. Odds are all four will be bumbling failures, but you can’t help but feel Blizzard just won’t let a dud emerge with its name emblazoned across it. We’ll let you be the judge of that with the latest Warcraft movie trailer, directed by none other than Duncan Jones of Moon fame, so it’s got some pedigree.

Somehow it looks as if it’s got more CGI than World of Warcraft itself. I’ve never been big on Warcraft lore myself, to me it was always just orcs and humans fighting over trees and gold mines, but there looks to be plenty for Azeroth lovers to latch onto in the movie. Fingers crossed it doesn’t end up another Super Mario Bros/Hitman/Dead or Alive/Prince of Persia/Max Payne (the list is literally endless) though.

The Warcraft movie is hitting cinemas on June 10th, so you can brush up on your knowledge before World of Warcraft: Legion drops on August 30th.

there has to be a line in the movie at some point: "defend the tower!", said with a sarcastic tone :)

I'm disappointed with the trailer.Wish they used WoW/Warcraft music instead of that dubstep sounding music

I see what you did there. Oh by the way, where are the scourge? Are they not an official Warcraft race now?

The scourge itself didn't exist in those days as far a I recall.Not sure when this movie takes place,as I haven't looked into it myself 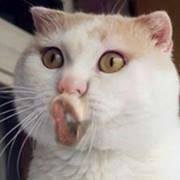 The Scourge appear starting from warcraft 3. The movie (from what i saw in the trailer) is warcraft 1 or 2 when there were only humans and orcs.

oh i thought the movie was set after warcraft 3. i love playing the scourge so I was kinda expecting them to play a part. hope we get a reference in the movie.

I've never played WoW, but I have played Warcraft III. What storyline is this movie based on?